What a long, tiring trip it’s been 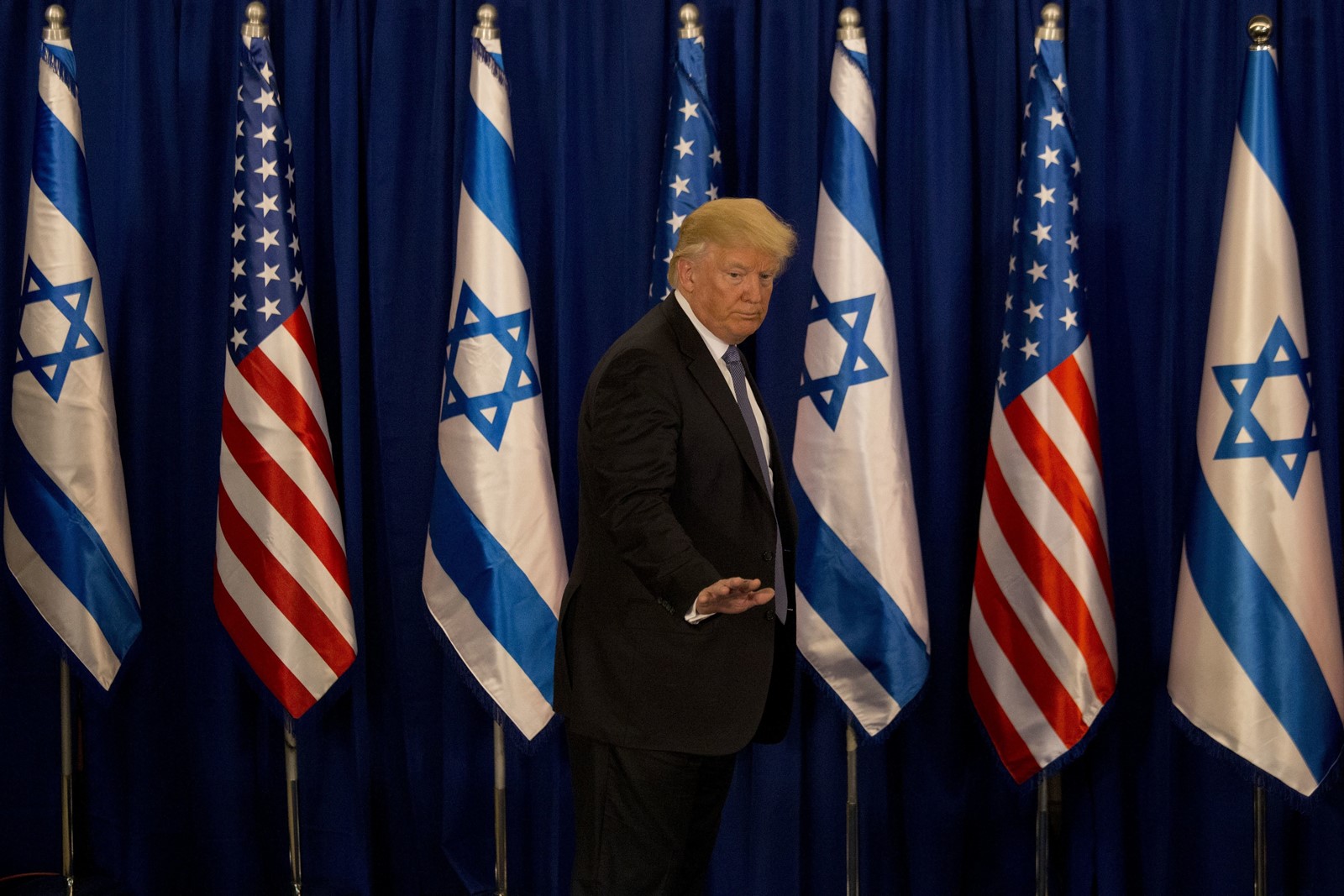 — He stifles yawns. His eyes narrow. And ultimately, when he garbles part of his speech, an aide explains that President Donald Trump is “just an exhausted guy.”

It was day two of the eight-day marathon that includes four countries, a city-state (The Vatican), and an occupied territory (the West Bank.) By day three, in Israel, he was blinking through an appearance with Prime Minister Benjamin Netanyahu.

It’s the kind of punishing trip — lots of important people pontificating in windowless rooms, up to seven time zones away — that would tax anyone.

But Trump, at 70, is the oldest man to assume the presidency. He also is a noted homebody, who apart from the White House, seldom sleeps away from Trump properties or dines outside Trump restaurants. Whether at Trump Tower or in the Oval Office, he works at desks just steps from his bedroom.

For all that, the trip has mostly been a plus for the president during a particularly tough patch back home.

The nettlesome press has been cordoned off. The FBI investigation is an ocean away. His tweets are relatively tame.

Allies and wanna-be allies have honored him with sword dances, lavish dinners and praise invoking Abraham Lincoln or lauding him as a “capable of the impossible.”

Trump has grown a bit dough-eyed through it all. But he is hardly the first president to grow road-weary. Bill Clinton got cranky. Ronald Reagan got sleepy. And George H.W. Bush got sick.

“Overseas trips can be grueling,” said David Wade, who went on dozens while serving as a chief of staff to Secretary of State John Kerry, who logged more than 1.4 million miles in visits to 91 countries. “There’s often a death march tendency.”

Every moment needs to be choreographed, and every stop needs to be measured, analyzing layers of geopolitical symbolism. Even if events run late, as they did this weekend in Saudi Arabia, it’s often impossible to cancel them, given diplomatic sensitivities.

“What should be a night where you are supposed to get five hours of sleep becomes a night where can get back to the hotel and shower before going to (another) event,” Wade said.

Trump started his overseas odyssey with a sleep deficit. It was 2:42 a.m. in Washington — 9:42 a.m. in Saudi Arabia — when Air Force One touched down in Riyadh on Saturday.

The president had slept barely a wink, according to Reince Priebus, the chief of staff. He told reporters that Trump spent the long flight — 12 hours and 20 minutes — meeting with staff, reading newspapers and working on a major speech.

White House officials had considered a daytime flight for Trump’s maiden trip. That would have guaranteed him a night in a hotel room, and sleep, before his first round of meetings with foreign leaders.

But then the trip — initially scheduled as a three or four-day jaunt to Belgium and Sicily to attend the NATO and G7 summits — grew more ambitious as aides weighed in.

By Monday night, ahead of more meetings on Tuesday and then a flight to Rome, Trump already has paid a visible price for the grueling itinerary.

He’s run more than an hour behind schedule, pushing events back and even canceling one, a Twitter forum Sunday night in Riyadh. Dozens of youthful attendees left the convention hall when Ivanka, half her father’s age, took the stage instead.

Asked later that night to explain why Trump had deviated from the prepared remarks of his keynote speech in Saudi Arabia, alternately referring to “Islamic” and “Islamist” extremism when the text stipulated only the latter, one administration official explained it rather bluntly: he was “just an exhausted guy.”

Trump had met separately that day with four Gulf nation leaders and had participated in two broader summits. He also had joined grip-and-grins and group photos, capped off by an event to open Saudi Arabia’s new counter-extremism center.

Pockets of downtime in the schedule evaporated as meetings ran long and logistical complications arose.

The admission of Trump fatigue is potentially problematic given that he has long boasted about his stamina.

During the campaign, moreover, he publicly mocked his opponents as weak or tired.

Jeb Bush, an early front-runner for the Republican nomination who was known to keep a dizzying pace as governor of Florida, became “low energy Jeb.”

Hillary Clinton, the Democrat who traveled the world relentlessly as secretary of State, was derided for keeping a modest campaign schedule and falling ill with pneumonia.

“She’s supposed to fight all of these different things, and she can’t make it 15 feet to her car,” he said at one rally.

Trump’s freewheeling rallies energized him through some of the lower moments of his improbable campaign. Even in office, his staff has sent him to arenas to buck up his spirits.

But foreign trips, with teleprompter speeches and tedious listening sessions, are a different animal.

“I was astounded when I first saw the Trump schedule” of his first official overseas trip, said Marcia Hale, a senior White House adviser to President Bill Clinton who helped plan some foreign trips.

Clinton, who was 46 when he was inaugurated, would get tired by the end of major foreign trips, Hale recalled. Rather than nod off, he could get testy.

Reagan, who was 69 when he took office, was more successful at building in down time. Once, on his way to China in 1984, he stopped in both Hawaii and Guam to help ease the shift in time zones.

But George H.W. Bush, who was 64 when he took office, had arguably the most infamous case of presidential travel fatigue.

In 1992, during a state dinner in Tokyo, he vomited in the lap of then-Prime Minister Kiichi Miyazawa. Reports at the time blamed the episode on stomach flu or gastroenteritis.

The Japanese public was highly sympathetic when the scene was captured by TV cameras. (Mercifully, Twitter had not yet been invented.)

Trump is also getting some sympathy.

The reporters covering him can barely keep pace. And Secretary of State Rex Tillerson, 65, said he wasn’t winning any vigor contests either.

“He’s doing better than I am,” Tillerson told reporters on Air Force One. “And he’s got a few years on me.”

PREVIOUS ARTICLE
Article 35 of 99
NEXT ARTICLE