Adams might be just day away from his NBA dream 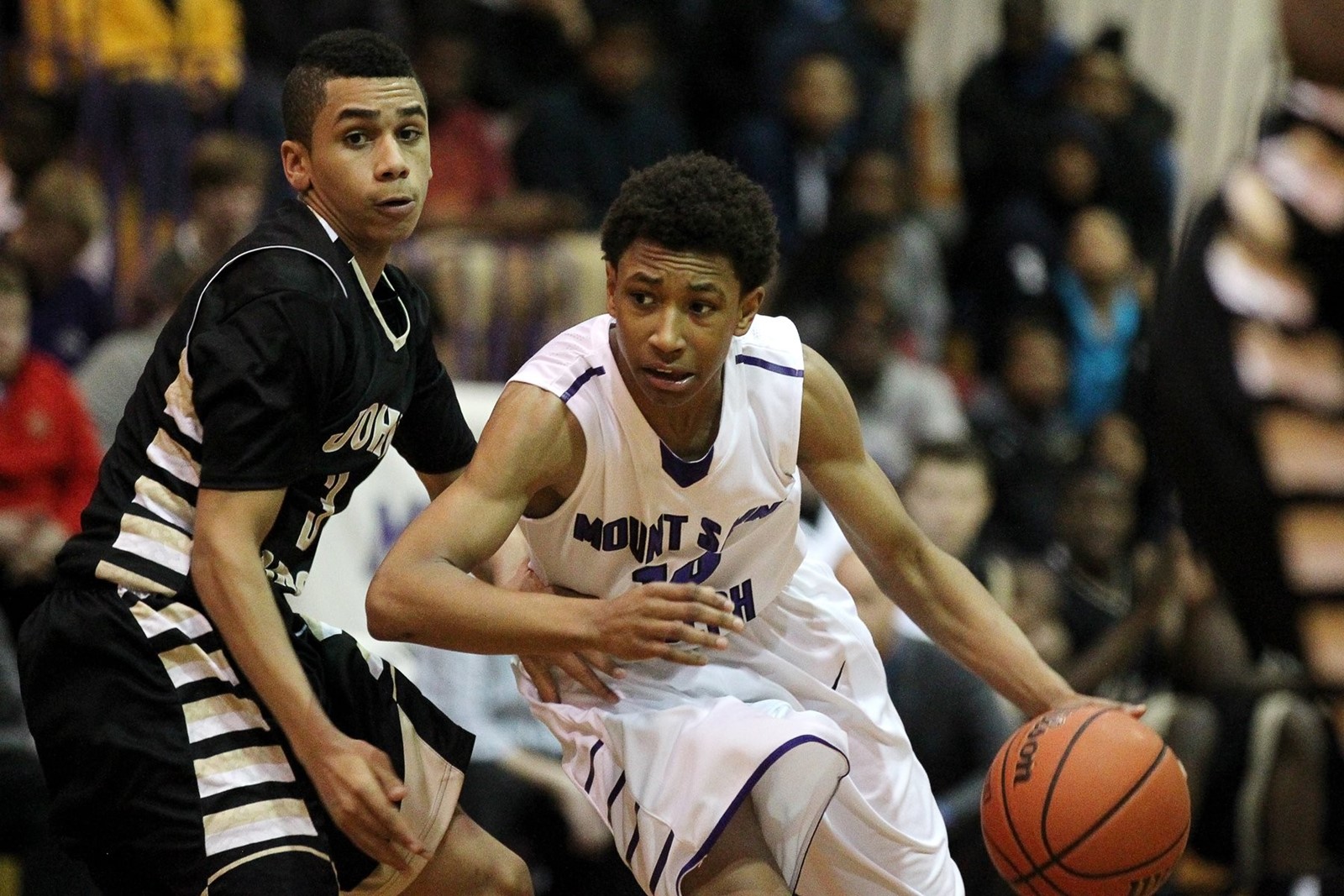 That’s when Jaylen Adams knew he wanted to be a player in the NBA.

“It’s been going really well. Each team has a different dynamic, so it’s been fun to try every new place,” Adams said.

On Tuesday, he’s resurfacing for air after a day with the New York Knicks. After hundreds of hours of one-on-one, three-on-three and shooting drills, it’s difficult to parse out which teams have let their eye linger on him.

“They look at so many guys and it’s hard to be definitive after one workout,” he said. “You can know where you performed the best, but I don’t really have any idea of preferences.”

Adams has ridden this carousel before. In his penultimate year at St. Bonaventure, he dipped his toes into the draft process. Only then, he carried nerves to each workout, having never gone through a process this close to his dream before.

“The feedback was good, but I knew that I could be a part of something special my senior year at Bonaventure,” Adams said. He walked away from the 2017 draft, one that brought Markelle Fultz and Jayson Tatum into the league, and shouldered back into the brown Bonnies jersey for his senior season.

Adams was a good player, his high school coach, Mount Saint Joseph’s Pat Clatchey said, and a better college athlete. But in 2018, he exploded.

Closing his college career as the Atlantic 10 Co-Player of the Year with 19.1 points per game, he finished as the top-scoring guard in St. Bonaventure history, sixth on the school’s all-time scoring list (1,912 points) and second in program history in 3-pointers (270). The 22-year-old piloted his Bonnies (26-8) to a 13-game winning streak to end the regular season.

In February, he scored 40 points at Duquesne and, four nights later, 44 at Saint Louis, a career high, becoming the first Division I player to score 40 or more in back-to-back games since 2014. At Saint Louis, Adams went 10-for-13 from beyond the arc, a school record.

He continued to post double-digit numbers, with 34 points in a triple-overtime victory over Davidson and 23 in a win over Syracuse, the first time the Bonnies had defeated their New York rivals at home.

“He was everything,” said St. Bonaventure coach Mark Schmidt. “He was our quarterback. I can say I take all the credit, but I’d be lying to you if I knew he’d be this good when I recruited him.”

Adams, who is projected in mock drafts as a possible second-round pick, can’t pinpoint any particular skills he’s tinkered with to elevate his game. All he knows is that he’s put in the work, improvements Clatchey credits to his former player’s basketball IQ.”

“His teams always seem to win. He won at the high school level; he won at the college level. I don’t think that’s a fluke. He’s just the kind of guy, he’s a winner,” Clatchey said.

Getting out of that high school class, which was lit with the star power of guard Phil Booth, who has two national titles at Villanova, and Ohio State guard Kam Williams, was the best thing for Adams. He says he spends much of his summers shooting alone.

“I’m willing to do anything that they want me to do,” Adams said of the NBA teams he’s trying out for now. “I want to be the guy who shows up and works hard every day.”

Just as he has for all his life, Adams spends every day with his father, Darryl, who played Maryland football and trains college basketball players in the Arundel Mills area. The pair are practicing drills by 6 a.m. most days, 7 at the latest.

Shooting brings Adams pride. At 6 feet 2, his stature won’t be what NBA scouts should be looking at — he hopes it’s where the ball lands after it leaves his fingers.

“I think in basketball, a lot of people don’t think there’s a place for smaller guys, but obviously past history has proven that wrong,” Clatchey said. “Every team needs a guy that’s a real good ballhandler, shooter, passer. He makes the other players better.”

Adams steps into a draft pool that includes two other players with ties to the state — Maryland guard Kevin Huerter, who is projected to be a first-round pick, and Terps forward Justin Jackson, who is rumored to be a second-rounder.

Two days out, Adams does not feel like Icarus, wings gliding too close to the sun. All the pieces he’s put together for his basketball career just feel like they fit.

“I don’t have any plans on draft night, but I can imagine that feeling. I’ll probably be crazy,” he said.

More likely than not, Adams will be enveloped by his family in Hanover, waiting and hoping for his name to be called.

“Being close to the dream is reward enough to me,” he said.

PREVIOUS ARTICLE
Article 77 of 83
NEXT ARTICLE