New life for an old home in west Bel Air

is the latest project for 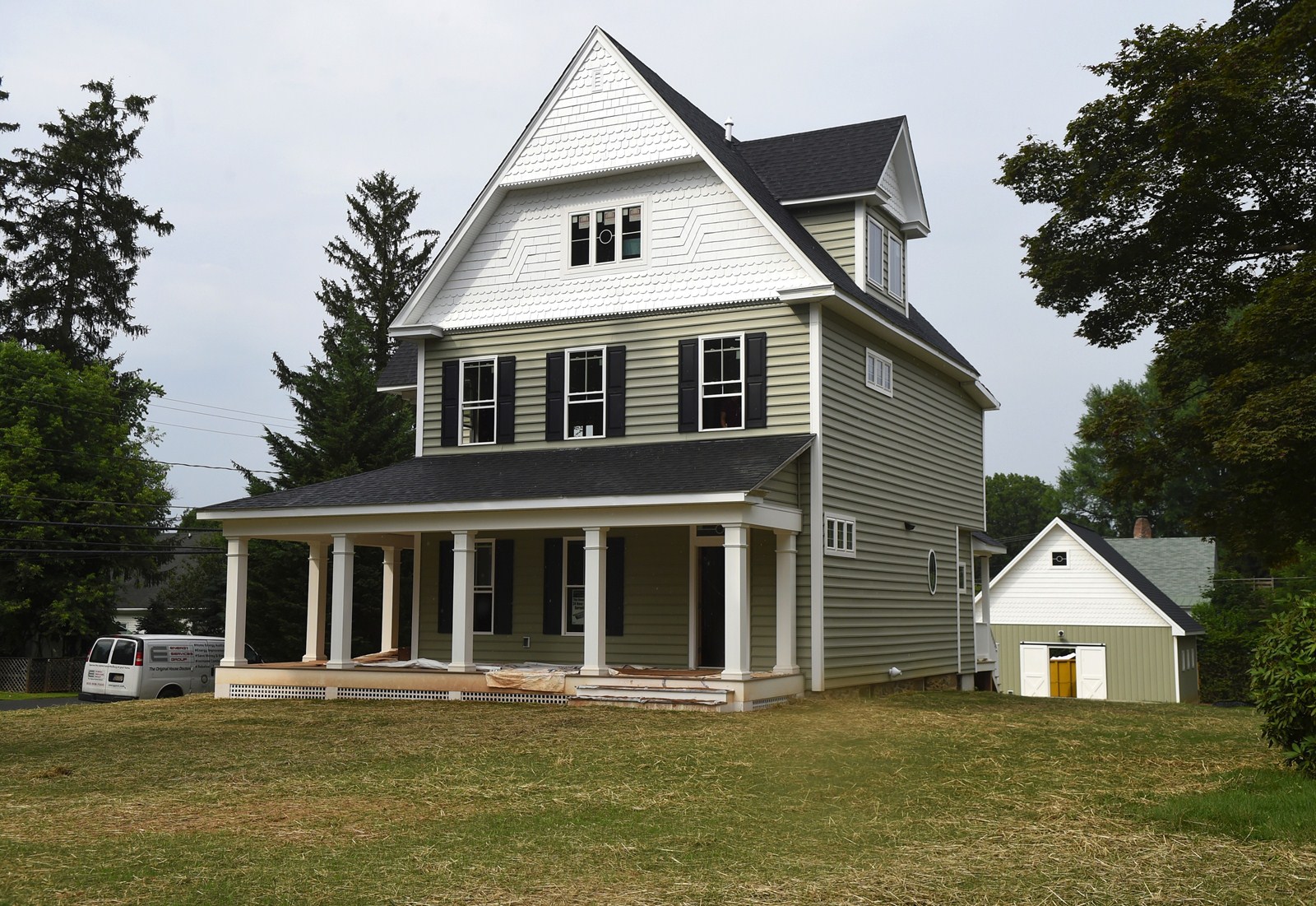 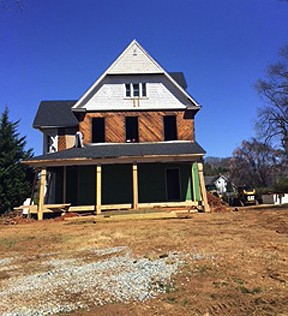 The Hopkins House as it appeared in April. The couple bought the house in October and began renovations in January. ( Eve Andrews )
PREVIOUS IMAGE

Barry Andrews retired from building tract homes and sold his business in 2001. He and his wife, Eve, moved to Florida, where they began to renovate historic houses.

After eight years, because they still owned land in Harford and Cecil counties, they returned and began to develop what they had left. They started by building their own home, on the tennis court that was part of the Dallam Avenue property previously owned by the late Al and Jane Cesky, Bel Air High School's first football coach and his wife.

“We got the bug; that got us started,” Eve Andrews said.

Besides building several smaller communities, the Andrews have found a niche in Bel Air, where they have either built or renovated 13 homes since coming out of retirement — on Barnes Street, Wallace Street, Mast Street and Lee Way.

“We live here, we work here, we can play here,” she said.

Their latest project is a 112-year-old house at 635 Roland Ave., where it intersects with Hall Street, once owned by the late Harry L.W. Hopkins, who was the register of wills for Harford County for 24 years. Mr. Hopkins retired in 2010 and died in 2013.

The couple bought the house in October for $140,000, according to state online records, and began working on it Jan. 1. They hope it will be finished in August or September.

They've put about $300,000 into the renovation, and expect to offer it “in the $500s,” according to their website, barryandrewshomesllc.com.

It would have been much easier for them to just tear down the house and build new, but they went the renovation route instead.

“It would be a shame to lose something like this in town,” Barry Andrews said. “It's tough, but it's rewarding, it's a challenge.”

If they had torn it down and built a couple of new homes on the lot, “there would already be people living there.”

They treat the home with tenderness, referring to it as “her.”

“All we did was bring her character back,” Eve Andrews said.

Because of significant termite damage from the basement to the third floor, they gutted the interior completely, building temporary walls to support the structure.

When it's finished, the home will feature about 2,700 square feet of living space, with a master suite on the second floor and two bedrooms on the third floor.

The exterior was redone in a light green, a tribute to Eve Andrews' Irish heritage.

What does remain is the original front porch, stone foundation, visible below the front porch and other points around the bottom of the house, and a two-story bay window that faces Hall Street — “there's nothing else like it in town,” Barry Andrews said.

The window has been repainted but was kept intact because of its uniqueness. All the other windows and doors are new.

The coupld said they wanted to retain some of the character of the house and will reinstall a swing that hung on the front porch.

Some of the wood from an old barn was used to make the window casings in the new garage, built in the barn's footprint.

When they were shoring up the house, they also uncovered a note on a piece of wood.

They suspect it was written on a Friday afternoon: “Harry Keene, Please kiss my ass and go to hell. Yours truly, John Wilgis.”

“We're saving it. We want to display it somewhere in the house,” Barry Andrews said.

The couple have their eyes on another renovation, though it wouldn't be as extensive as this one, they said.

People want to live in town, they said.

“They love the brewery [Independent Brewing Co.], they love the [Ma & Pa trail]. They see the schools, they want Mayberry,” Barry Andrews said. “This is what they're looking for.”

PREVIOUS ARTICLE
Article 109 of 153
NEXT ARTICLE