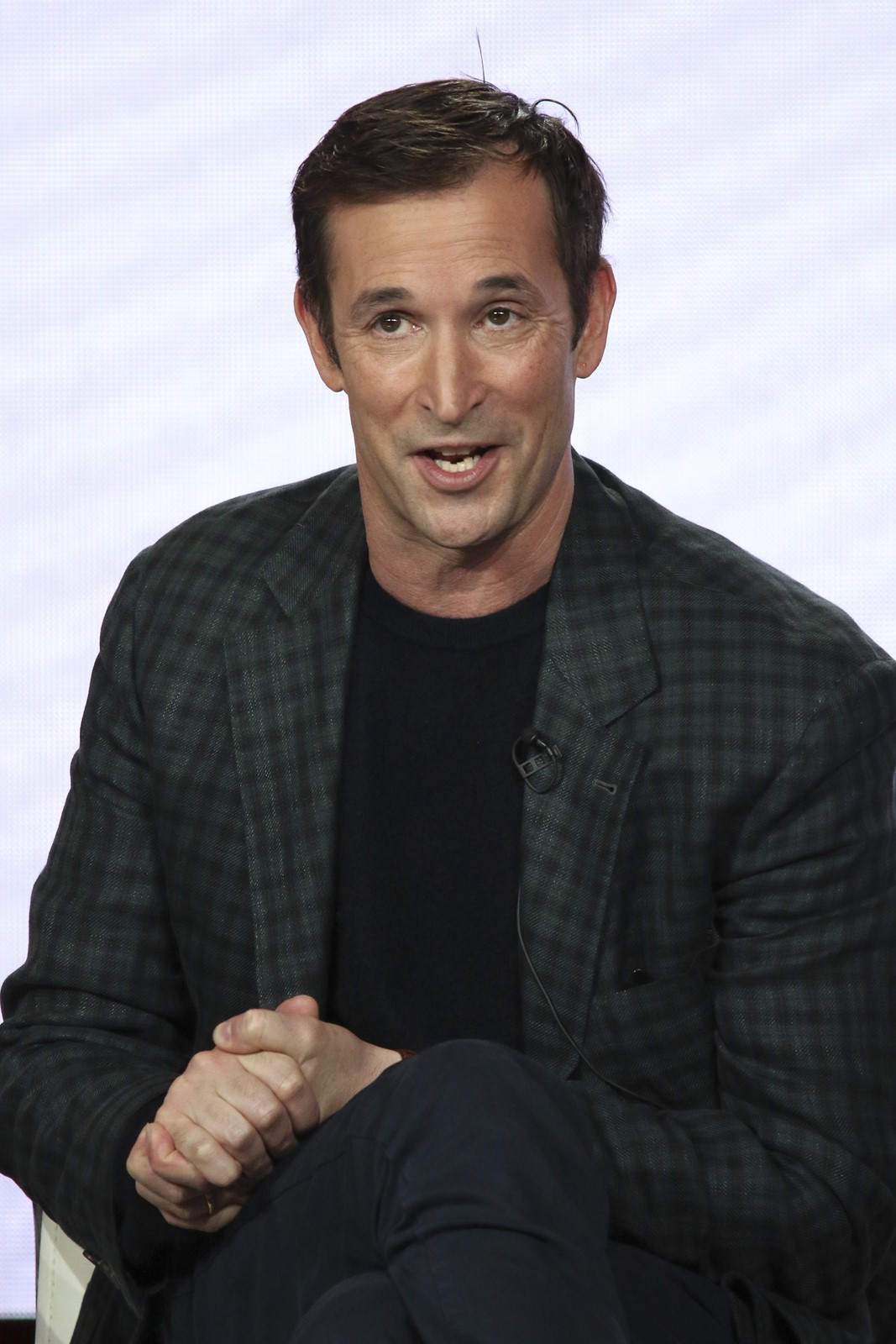 Noah Wyle is back in Chicago.

But this time, it’s for a TV drama that’s far different than the 1990s hit “ER” that launched his career.

Wyle, who went from fresh-faced Dr. Carter in NBC’s 1994-2009 medical drama “ER” to action series including “The Librarian” and “Falling Skies,” choked up as he discussed “The Red Line.”

The title refers to a major train line that cuts through Chicago’s diverse neighborhoods.

“My emotional reaction to my first reading of the script was so intense. I’ve never read a piece of material that moved me like that. I can’t even talk about the show without getting upset,” Wyle told a TV critics’ meeting Wednesday, pausing to gather himself.

In the eight-episode limited series debuting April 28, the shooting of teacher Daniel Calder’s doctor-husband leaves him as single dad to their daughter, Jira.

The survivors are mired in grief, while the white police officer at fault for killing an innocent man faces the public and legal repercussions of his actions.

The latter two are Chicago writers whose play inspired the drama.

The series is a departure for CBS, long criticized for a lack of ethnic diversity in its scripted series.

While the network has started to make up ground in recent seasons with inclusive casts, a series that promises a direct take on a highly charged social topic is unusual for CBS, as is the limited format.

“We never got pushback on content,” said Weiss, including on what she called “the thornier elements.”

Asked if the network suggested that Wyle’s character be straight, she said that, to the contrary, it encouraged that aspect of his life be fully explored.

The series intends to look at all those deeply affected by the tragedy, from the victim’s survivors to the police officer and his family, the producers said.

The intent is to bridge the gap between the “two Americas living side by side,” said Parrish, and, as Weiss said, “perhaps see themselves more clearly.”

“There is an epidemic that’s happening, when black men are being systematically killed,” the actress said. “To be able to discuss that on this kind of scale is important and it’s necessary. For me, that’s one of main reasons I was excited about walking into this role.”

PREVIOUS ARTICLE
Article 70 of 102
NEXT ARTICLE