13-1 long shot, whose owner grew up in Baltimore, runs away from ‘Empire,’ ‘Dreaming’ 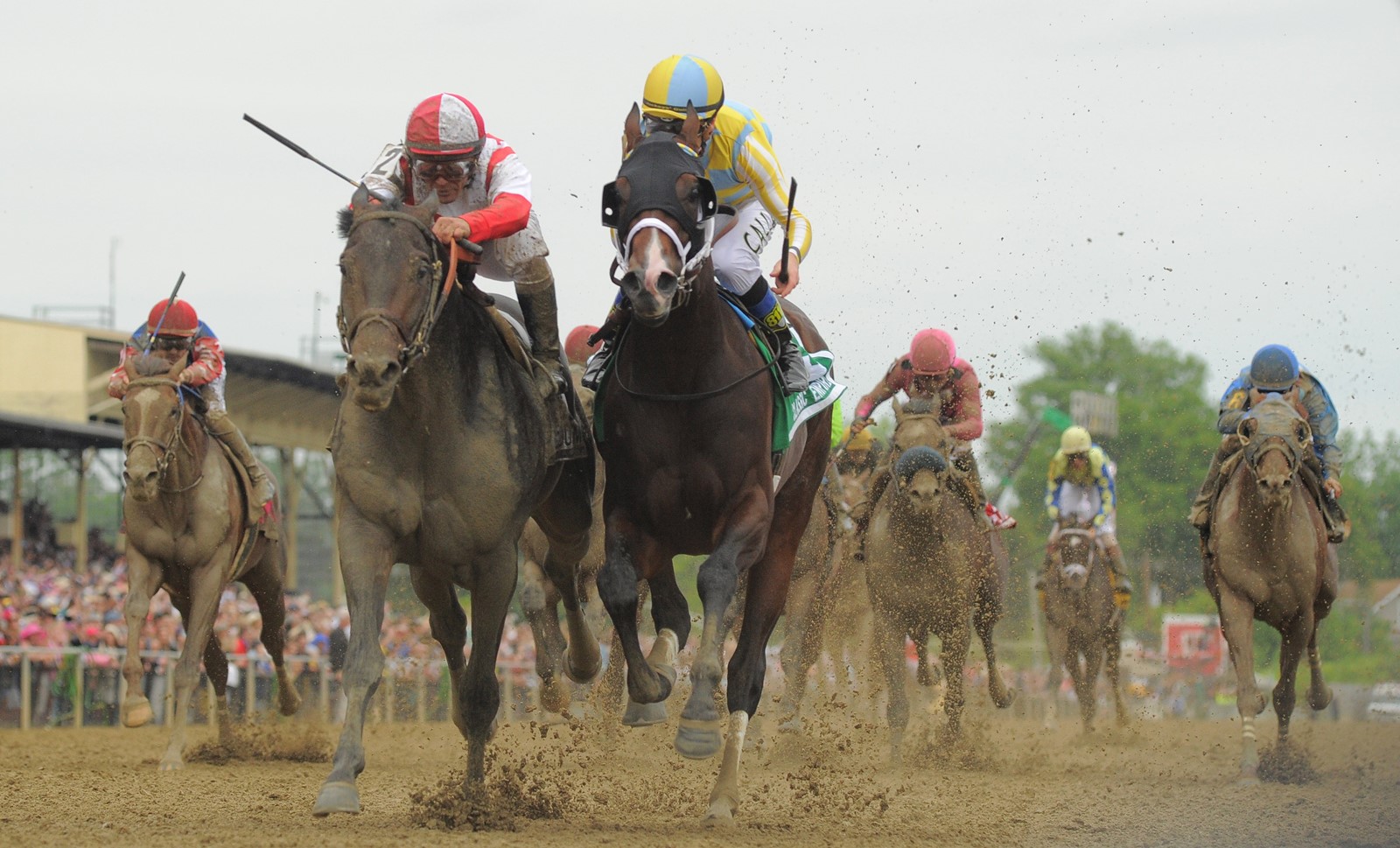 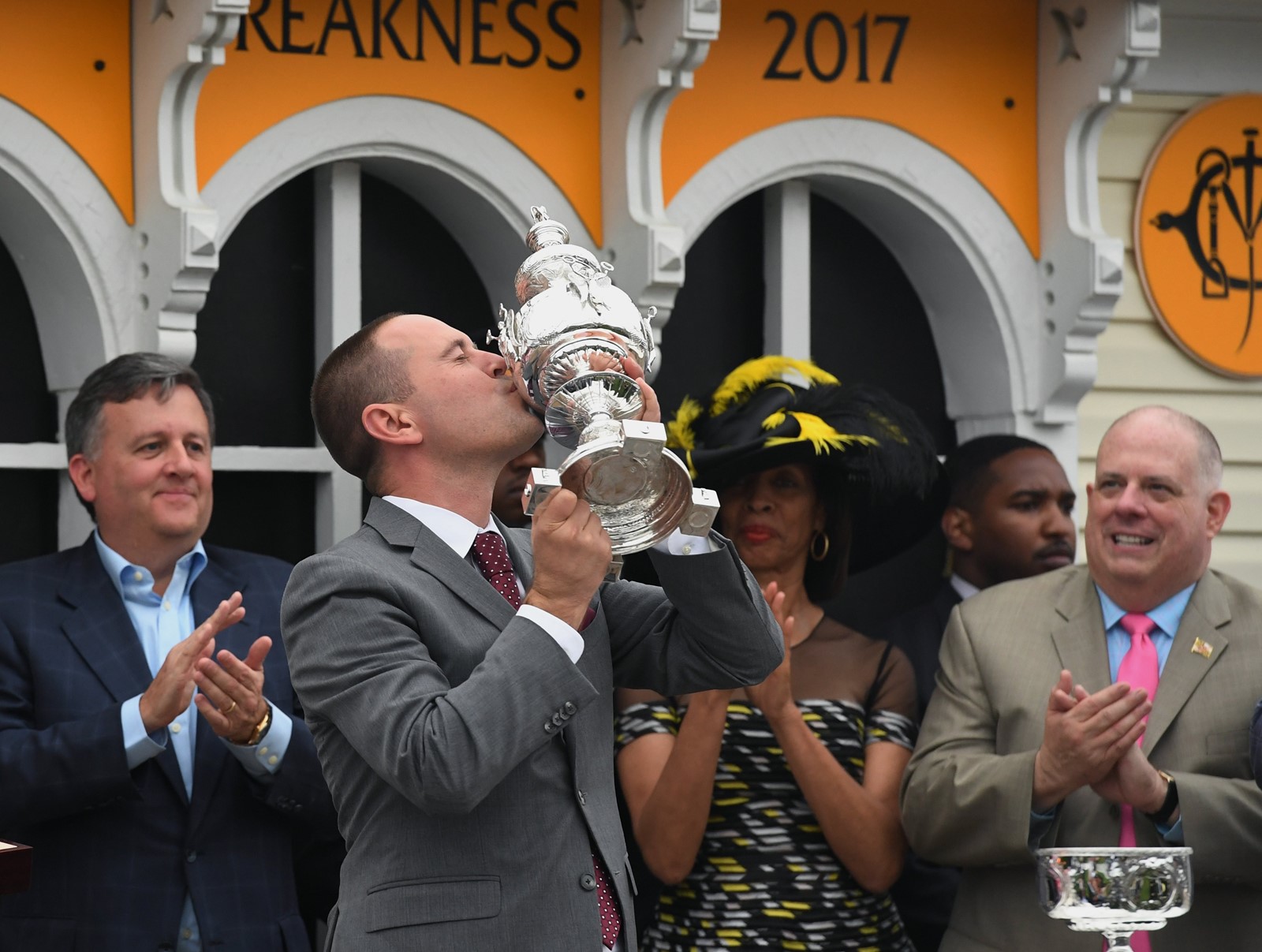 Seth Klarman’s romance with thoroughbred racing blossomed in the heart of Baltimore, where he grew up three blocks from Pimlico Race Course and made annual pilgrimages to watch the Preakness.

Klarman saw the mighty Secretariat win it in 1973, two years before he graduated from Poly and moved away from home.

But even on his most blissful day at the neighborhood track, he never fathomed he’d own race horses, much less one gifted enough to win a leg of the Triple Crown. So reality exceeded fantasy on Saturday, when Klarman watched his horse, Cloud Computing, win the 142nd Preakness with a thrilling charge to the wire before a record crowd of 140,327.

“It’s incredibly special,” the soft-spoken hedge fund manager said. “He’s a great horse. I have the best trainer and the best jockey going for me. I never imagined it, but I’m thrilled.”

It was the first win in a Triple Crown race for 38-year-old trainer Chad Brown, the 2016 Eclipse Award winner for Top Trainer and the fastest rising successor to established titans Todd Pletcher and Bob Baffert.

Brown dedicated the victory to his late training mentor, Bobby Frankel, who won almost every major American race but the Derby or the Preakness. “I feel this for him,” he said. “Without his mentorship, I certainly wouldn’t be here.”

The Preakness began how many expected and hoped it would, with Always Dreaming breaking to the lead and Classic Empire stalking him from just off his flank. They ran that way past the -mile pole, but the much-hyped match race fizzled from there as Always Dreaming essentially quit running.

Classic Empire appeared to have the race in hand at the top of the stretch. Ahead lay the moment of glory trainer Mark Casse had imagined after his horse endured a brutal trip in the Derby.

But handicappers had warned all week that if Classic Empire and Always Dreaming wore each other out, another horse might swoop in to steal the Preakness. Cloud Computing did just that.

“The only way you were going to beat Always Dreaming was to sit off of him. You couldn’t let him get away early with an easy lead,” said Classic Empire’s assistant trainer, Norman Casse. “The pace was probably a little hotter than we anticipated, but it was a perfect race. Everybody put on a show.”

Casse said he wasn’t shocked Cloud Computing was the horse to catch Classic Empire in the end.

“That’s a horse that’s been on everybody’s radar for a little bit,” he said. “You knew the horse that was going to win a race in this type situation was going to come from out of it. He seemed like a logical horse to do that.”

Always Dreaming’s trainer, Todd Pletcher, said he was already worried when he watched his horse pass the finish line for the first time in the 1-mile race. He was in the right position but without the aggressive spirit he’d shown at Churchill Downs two weeks earlier.

“We didn’t have an excuse,” Pletcher said. “I think we were in the position we expected to be, but maybe the turnaround was a little too quick. He ran so hard in the Derby and today just wasn’t his day.”

Jockey John Velazquez told Pletcher he didn’t feel much energy from Always Dreaming as the Derby champ turned up the backside. And when Classic Empire passed him, he had no answer.

With Always Dreaming going down after two seemingly perfect weeks of preparation, Pletcher is now 0-for-9 in the Preakness, the only Triple Crown race he hasn’t won. And for a second straight year, the Belmont Stakes will be run without a Triple Crown on the line.

Cloud Computing went off as a 13-1 choice, but veteran rider Javier Castellano kept him in the exact position he and Brown had discussed, two or three lengths behind Classic Empire. He didn’t make his move until the stretch, when Classic Empire had spent significant energy putting away Always Dreaming.

The Preakness win, in 1 minute, 55.98 seconds, was the second for Castellano, who had the strange experience of riding Bernardini to victory in 2006 after Barbaro broke down earlier in the race.

Cloud Computing came in with just three career starts and did not run at all as a 2-year-old. Castellano, who’d ridden Gunnevera in the Derby, was aboard him for the first time.

It was hardly the profile of a typical Preakness champion. Only seven horses since 1980 have won the Preakness after skipping the Derby. The great filly Rachel Alexandra was the last in 2009.

But Brown and Klarman knew they were sitting on a gifted horse based on Cloud Computing’s workouts and the way he battled against more experienced competition in the Gotham Stakes and the Wood Memorial.

“We huddled up and said this horse is really special, and he can go that far,” Brown said.

They contemplated pushing him into the Derby field but opted for a more cautious approach.

“I think possibly some of the reason we won today was because we were patient and didn’t throw an inexperienced horse against a 20-horse field in the Derby on a very difficult track,” Klarman said.

Such measured thinking is typical of Klarman, said William Lawrence, his partner in owning Cloud Computing. They met 13 years ago through mutual friends, and though both are professional investors, Lawrence said their personalities couldn’t be more different.

“He’s very cerebral. He may go out of here and be happy reading a few books tonight,” Lawrence said. “... I like to go out.”

He noted how much time and money his partner has put into the racing game. He and Klarman generally have 50 to 60 yearlings a season, and they’ve won some 450 races.

“Nobody deserves anything, but Seth Klarman has been buying horses for 25 years,” Lawrence said. “We’ve come close and had some nice wins. But this … this is different.”

PREVIOUS ARTICLE
Article 59 of 196
NEXT ARTICLE