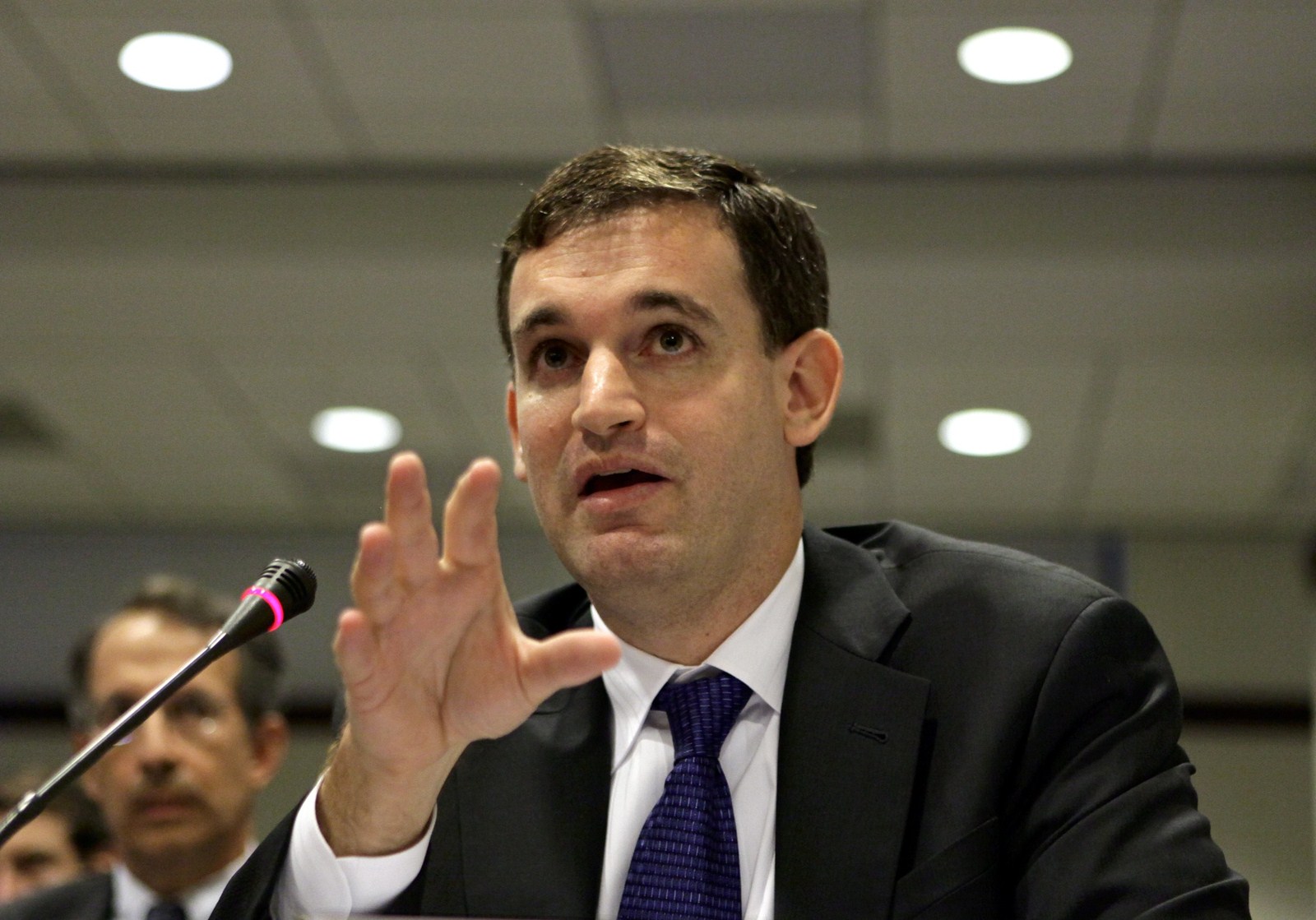 From low-tech eyeglasses to high-tech spyglasses, the wealthy Texas philanthropists bankrolling secret aerial surveillance of Baltimore are no strangers to public policy initiatives in Maryland that match their charitable vision.

In the spring, Laura and John Arnold gave $450,000 from their Houston-based foundation to the Johns Hopkins University to support a city initiative to give free glasses to thousands of public school students to study how better vision improves school performance.

As city and university officials gathered in May to kick off that plan, the Baltimore Police Department's aerial surveillance program was receiving another $240,000 from the couple to ramp up.

The surveillance program — which has sent a single-engine plane flying 8,000 feet above Baltimore to record hundreds of hours of video — began in January with an earlier, $120,000 gift to Baltimore Community Foundation that went to Persistent Surveillance Systems, the department's contractor on a monitoring effort that police officials never disclosed to the mayor before starting.

While elected officials are clamoring for answers as to why the public was never informed of the clandestine crime-fighting flights, another question has emerged: Who are these 40-something philanthropists, Laura and John Arnold?

“The fact that they're so young and dedicated makes them stand out in the philanthropy world,” said Stacy Palmer, editor of the Chronicle of Philanthropy, which tracks the giving of the nation's 50 wealthiest donors. “They're not the type of donors who want their names slapped on a building at a college. They give to advocacy.”

The couple's charitable giving has spanned the ideological spectrum, from conservative issues such as reforming public pensions to more liberal efforts to fix pretrial criminal processes. Through their personal and foundation gifts, the couple has also provided substantial funding to the American Civil Liberties Union and its foundation, organizations that are joining the chorus of complaints about the Baltimore surveillance program.

In the past five years, the couple has given away $1.2 billion, according to the Chronicle of Philanthropy. Their foundation has $1.8 billion in assets and awarded $617 million in grants from January 2011 to June 30, 2016, tax and foundation records show.

The couple also has personally given away nearly $600 million during that time.

The Arnolds declined to be interviewed for this article. In a statement, they said the surveillance program dovetails with their strategy to support evidence-based techniques that help police departments fight crime.

“We invest in a wide array of criminal justice issues and policies, including strategies for improving the clearance rate of criminal cases. One such strategy is to use technology to assist police in early-stage investigations,” they said.

“To that end, we personally provided financial support for the aerial surveillance tool being piloted in Baltimore. As a society, we should seek to understand whether these technologies yield significant benefits, while carefully weighing any such benefits against corresponding tradeoffs to privacy.”

It is no surprise to the philanthropic community that a gift by the Arnolds would attract controversy. The couple is part of the Giving Pledge, the effort started by billionaires Warren Buffett and Bill Gates that encourages wealthy people to donate the bulk of their wealth to charities. In 2011, John Arnold criticized other philanthropists in that elite group for being too safe with their charitable dollars.

“It's strange because a lot of people who've joined the Giving Pledge took big risks in their professional life. But when it comes to philanthropy, people tend to get risk-averse,” Arnold told the Chronicle of Philanthropy.

In an essay in the publication in 2014, the 42-year-old Texan lashed out at critics who said he was a conservative trying to undermine public pensions, even though he is a Democrat who hosted a fundraiser for President Barack Obama.

“People may not agree with every issue or policy proposal we pursue,” he wrote in the Chronicle. “We expect reasonable minds to disagree, and we welcome constructive debate on the merits of every issue in which we are involved.”

Arnold also attempted to counter criticism that he made his fortune at Enron before the energy company imploded in what he described in his essay as “one of the most devastating corporate bankruptcies of all time.”

He was one of the company's top traders and among 100 executives who received large bonuses — his was reportedly $8 million — a year before the company went bankrupt, according to news reports from 2002. Forbes magazine estimates his net worth at $2.8 billion.

His wife is a 43-year-old, Yale-educated corporate lawyer.

The Laura and John Arnold Foundation has six primary initiatives that include criminal justice, health, public education, pensions and other issues.

The Arnolds describe their giving philosophy on their foundation and personal websites as seeking “transformational change.”

Their foundation's spokeswoman, Leila Walsh, said the couple does not direct their charitable giving to any specific urban profile and they have no personal ties to Maryland.

“Rather, we use our resources to help solve systemic problems affecting communities across the nation,” Walsh said in a written statement. “We study problems in great detail, survey existing data and research, and speak with leading experts. We then fund the development of proposed solutions and support rigorous evaluations of those programs and interventions. Once programs are shown to be successful, we support efforts to replicate and scale those initiatives.”

Of the $360,000 the couple gave for the surveillance program, $120,000 was directed to the Baltimore Community Foundation, which manages two separate funds for the Police Department. A second gift of $240,000 went through a national charity in Washington called the Police Foundation, which is expected to produce an evaluation of the program's effectiveness by the end of next month.

Some have questioned why the Baltimore Community Foundation, with its mission of public charitable work, would be involved in a secret surveillance program.

Aaron Dorfman, president and CEO of the National Committee for Responsive Philanthropy in Washington, said community foundations should not blindly allow donors to dictate what gets funded if their wishes do not align with the charity's mission.

“The community should decide what policing it wants and what type of surveillance is and is not appropriate,” Dorfman said. “This kind of surveillance should not be done simply because a donor is willing to pay for it.”

Thomas E. Wilcox, Baltimore Community Foundation president, apologized for not knowing the grant was specifically for a surveillance program that had not gone through publicvetting.

“We understand this program has evoked many strong feelings and raised important questions about the Baltimore Community Foundation's process for facilitating gifts for specific purposes,” Wilcox and Laura Gamble, the foundation's board chairwoman, said in a joint statement Thursday night. “As an organization, we have learned valuable lessons from this experience and will increase our scrutiny of this type of payment. Specifically, we will require government agencies to promptly and publicly disclose receipt of funds and adhere to all applicable public reporting requirements.”

The Arnolds have made several significant gifts in Maryland.

Their foundation awarded a $1.4 million grant to the University of Maryland, College Park in May 2015 to support the creation of the Maryland Data Analysis Center, which will gather data from criminal justice agencies across the state into a central database. Researchers will then be able to spot trends and identify bottlenecks in the criminal justice process that could then be targeted for reform.

Johns Hopkins has also been a beneficiary in addition to the eyeglasses effort.

Other gifts to Hopkins include: a $2.5 million grant in 2015 to support a curriculum program that helps students graduate from high school; $318,000 in February to the Bloomberg School of Public Health for research aimed at developing fair pricing for specialty drugs; $306,625 this year for operating support for the university's Center for Research and Reform in Education; $218,000 two years ago to study “the impact of the Affordable Care Act on public safety”; and a $150,000 grant this year for research aimed at helping “reduce chronic absenteeism among students” through the My Brother's Keeper School Success Mentors and Student Support Initiative.

“They are risk-takers,” said James Lynch, who solicited the foundation's money for the University of Maryland data center. “They don't screw around. It's a business-like process. They expect something for their money.”

Sometimes, he said, “the knowledge we get is how not to do things.”