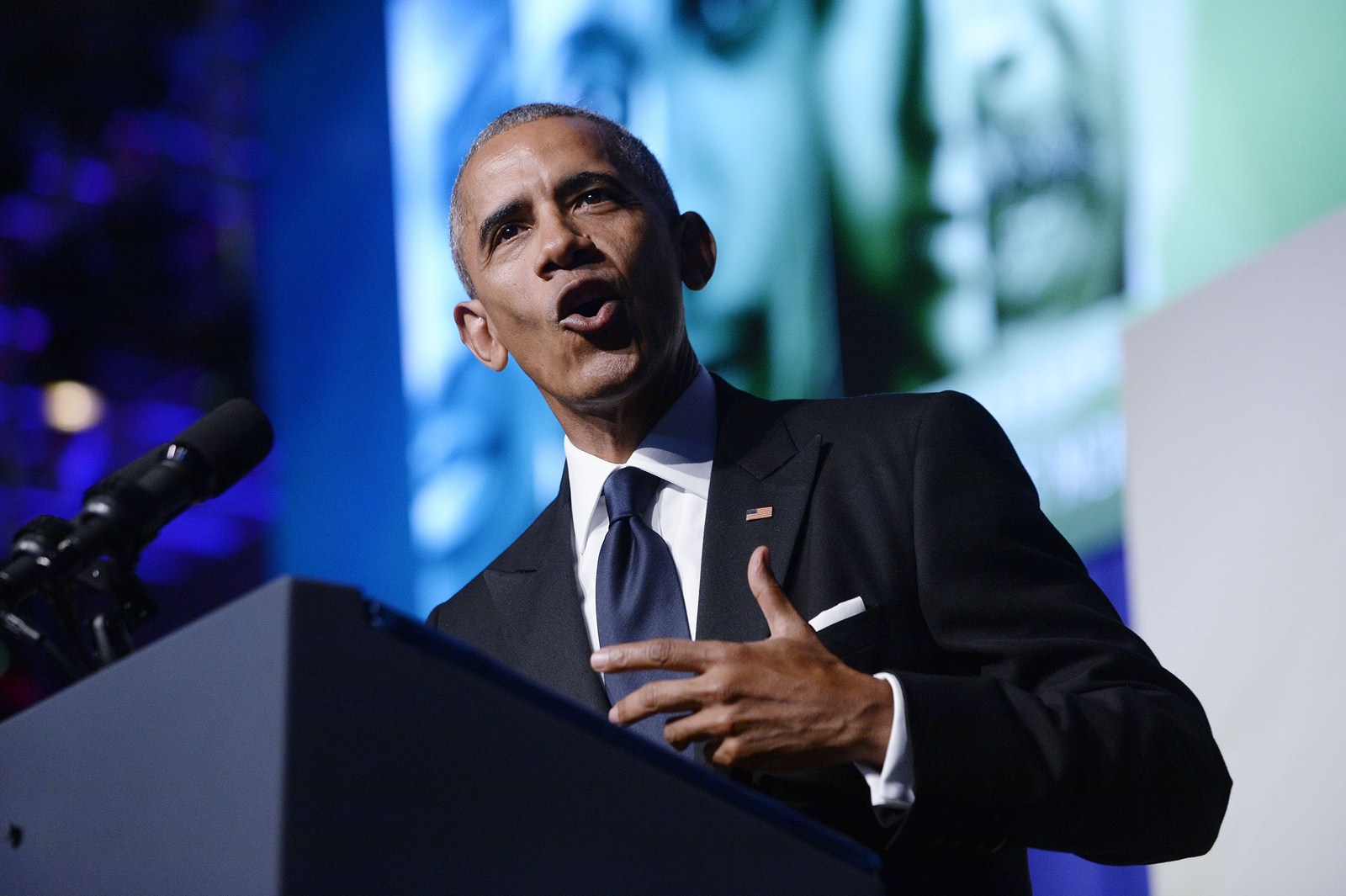 President Barack Obama on Saturday told the Congressional Black Caucus Foundation that a vote for anyone but Hillary Clinton is a "personal insult" to him. ( Olivier Douliery/TNS )
PREVIOUS IMAGE

peaking to a predominantly white crowd in Dimondale, Mich., recently, Donald Trump asked African-Americans: “What do you have to lose by trying something new” like him. “You're living in poverty,” he said. “Your schools are no good, you have no jobs, 58 percent of your youth are unemployed. What the hell do you have to lose?”

The short answer is stark: The African American community stands to lose much of the progress we have made in the last 50 years if Donald Trump wins the White House, while the serious problems that we still face will calcify or worsen. As President Barack Obama put it over the weekend, when he told African-Americans he would consider it a “personal insult” if they did not vote for Hillary Clinton: “My name may not be on the ballot, but our progress is on the ballot. Tolerance is on the ballot. Democracy is on the ballot. Justice is on the ballot.”

Even the way Mr. Trump posed his “what do you have to lose” question reveals his deep lack of understanding and compassion. He views African-Americans as an undifferentiated group: “You're living in poverty,” he says. In reality, of course, some of us are living in poverty, some are working our way up the economic ladder, some are comfortably middle class and others are enjoying economic prosperity. Similarly, some of our schools are indeed “no good,” but others range from good to excellent. We are, Mr. Trump, a diverse community that has overcome tremendous racial barriers through hard work, perseverance and unending hope to get where we are today.

His tendency to characterize African-Americans in a negative light and to see African-Americans as nothing but a group of “others,” was demonstrated long before he started firing people on “The Apprentice.” Early in his professional real estate career, Mr. Trump had to settle a racial discrimination lawsuit brought by the Justice Department on behalf of black and Latino potential renters of Trump-owned properties. Testimony indicated widespread deliberate practices designed to keep out minority renters.

Prior to running for office, Mr. Trump was a leader of the “birther movement” — despite his recent attempt to shift the blame to his opponent — proclaiming that President Obama was likely born in Africa rather than the United States and challenging the legitimacy of his presidency. Mr. Trump took years to acknowledge the truth and refused to apologize for the offensive challenge. Moreover, Mr. Trump has often referred to President Obama as the “affirmative action” president, implying that Mr. Obama's admission to Harvard Law School and election as editor-in-chief of the Harvard Law Review were not deserved.

During the primary campaign, Donald Trump was asked by a reporter whether he would disavow the support of former KKK leader David Duke and white supremacist groups in general. Mr. Trump sidestepped the question, saying “I know nothing about David Duke; I know nothing about white supremacists.” And when Mr. Trump's running mate, Mike Pence, was asked about Mr. Duke's support of the Trump/Pence ticket and whether such support by avowed racists should be rejected, Mr. Pence refused to comment. Blacks understand that racism thrives when Americans stay silent.

When asked about the problem of excessive force by police against minorities, Mr. Trump responded that “police are absolutely mistreated and misunderstood.” Mr. Trump shows frighteningly little concern for minority victims of police brutality. To Mr. Trump, the primary solution is giving “power back to the police, because crime is rampant.”

On the general election campaign trail, Mr. Trump made it clear he opposes same-day voter registration and supports voter ID laws, to, he says, prevent illegal immigrants from voting and citizens from voting multiple times. Despite the evidence that such voter fraud is rare, statistics confirm the disproportionate impact of these positions on access to the ballot for black voters. In North Carolina, for example, 25 percent of voting-aged blacks do not possess a photo ID — a percentage three times greater than whites. Recent federal court decisions in Texas, Wisconsin and North Carolina invalidated such restrictive voting practices because they are demonstrably racially discriminatory.

And then of course, there's the fact that when Mr. Trump entered the presidential race, he launched his campaign by impugning an entire population. Mexicans coming into the United States, according to Mr. Trump, might include a few good people, but far too many were “rapists” and “criminals.” He proposed keeping Muslims from coming to America, deliberately insulting a religion of over 1.7 billion people, much to the delight of the religiously intolerant.

Mr. Trump's appointments to the Supreme Court would be devastating to civil rights advancements made over the last half-century. With the passing of Justice Antonin Scalia, the court could forge new precedents on major civil rights issues including the constitutionality of voter ID laws; affirmative action in employment and school admission; racial profiling in law enforcement; and anti-discrimination laws in voting, housing and employment. Most of the civil rights cases in recent years, such as Shelby County v. Holder, which eliminated important parts of the Voting Rights Act, have been 5-to-4 decisions. If our next justice is sensitive to the cause of civil rights, the new court will be able to, once again, ensure equal protection law. Mr. Trump's list of likely nominees, on the other hand, will continue Justice Scalia's approach of unduly limiting our civil rights protections.

Mr. Trump's entire presidential campaign is based on “making America great again.” The concept implies going back to a time when blacks were separated in neighborhoods, discriminated against in employment and lynched with impunity.

As Election Day draws near, there is no doubt that both political parties, and indeed the entire country, must do a better job of addressing racial inequality's stubborn persistence. Yet, Mr. Trump's despicable record and offensive statements indicate an overall indifference, at best, and, in some cases, an outright hostility, to positions overwhelmingly supported by African-Americans. What do blacks have to lose in the upcoming presidential election? Unfortunately, the answer is a great deal if Donald Trump is not defeated.

PREVIOUS ARTICLE
Article 28 of 86
NEXT ARTICLE