Fitting in some fitness amid the holidays 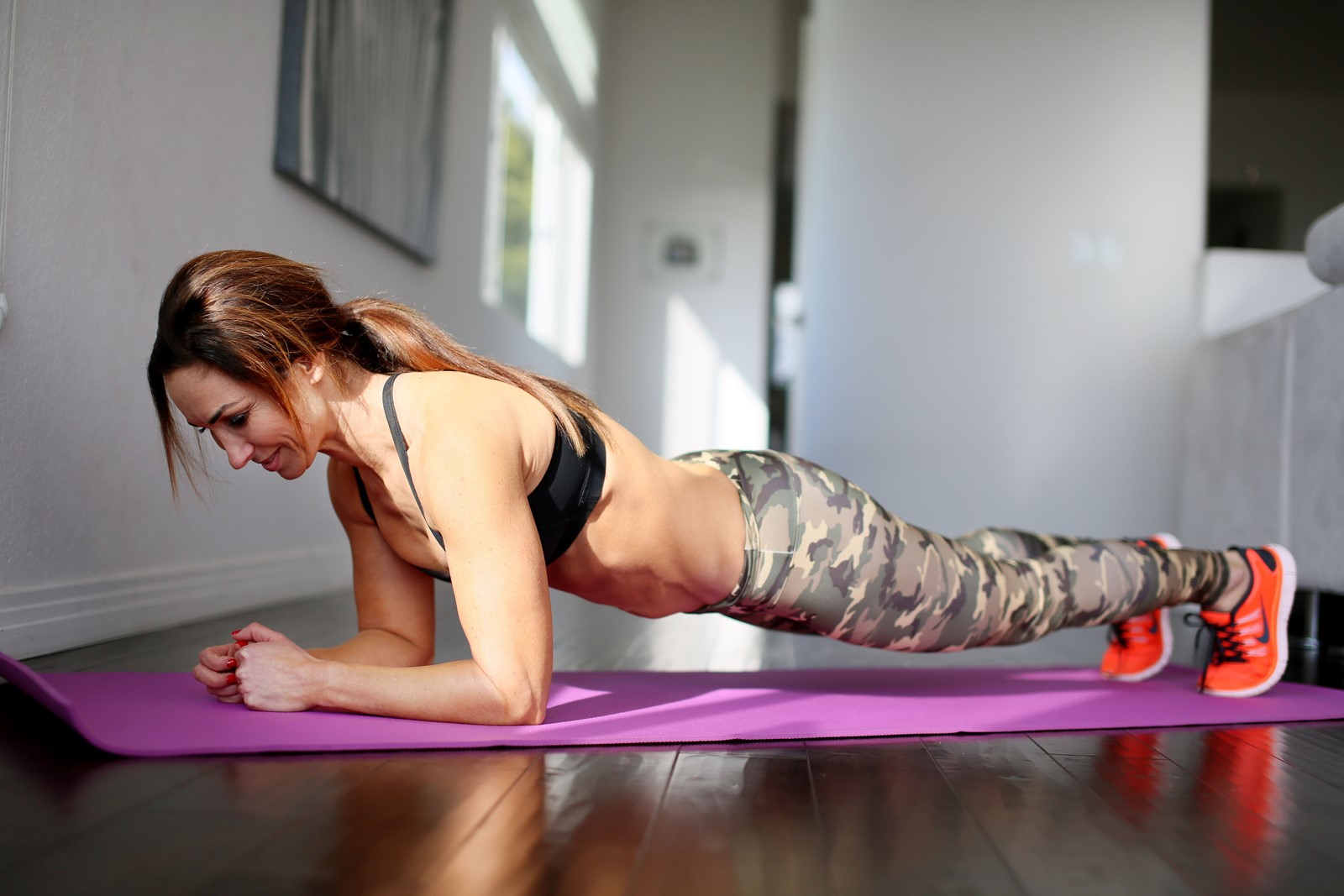 The plank is a quick exercise that's easy to do anywhere, making it an especially good fit for the hectic holiday season when gym time might decrease. (Sandy Huffaker photography)
PREVIOUS IMAGE

The holiday season — high on social and food festivities and low on work and working out — is upon us.

But my wish, as a fitness trainer and general wellness enthusiast, is for you to exercise not less but, if anything, more, because you probably will consume greater-than-usual amounts of fat and sugar, great fuel for physical exertion.

You might say: I will be out of my element, visiting family where there are no sidewalks and where I can't go to my favorite class or run with my best run buddy. And, anyway, there is no time. In other words, all is lost (or gained, depending on your perspective).

Or you could use this time to become adept at sneaking in a fitness routine no matter what the challenge. Maybe check out a new class or do body-weight exercises that you can do anywhere, anytime and for just a few minutes.

Or, like Linda Samuel, a Washington, D.C., resident with a five-times-a-week fitness habit, you could sign up to do a “holiday streak group.” She and others across the country and the world commit to running at least 1 mile a day from Thanksgiving to New Year's.

“Many of us do more most days, but the 1 mile really helps us keep up with our exercise routines during a busy and indulgent time,” Samuel says.

One mile, even at a slow pace, would take no more than 12 or 13 minutes. So not a big time commitment.

The holiday streak group has a Facebook page where members record and post comments about their runs. A snowy Chicago or a sunny Tucson might be the backdrop.

“It's inspiring and encouraging to see other people doing it,” Samuel says, “and there is also funny commentary and pictures.”

Laura McPherson, also of Washington, exercises three to four times weekly and says she loves taking classes while traveling. In fact, she is going on a surf-and-yoga retreat in Costa Rica in a few weeks.

“I will be curious to see if I can stand up more than 10 seconds,” she says about surfing.

What's harder, McPherson says, is keeping the routine going at home during the holidays, with frequent late nights and parties.

“If I can do twice a week, that's at least something,” she says, adding that sometimes her routine is taking a walk.

“Part of my motivation is that if I stay away from exercising for a couple of weeks or more, it becomes so painful to get back on track later.”

McPherson is right about the “snoozing and losing” fitness fast.

So, Brooks says, whatever you do, don't stop.

“In fact, it's better to reduce your fitness activities rather than stop altogether,” Brooks says.

She recommends body-weight exercises, the type of drills that require no external loading such as dumbbells or barbells, that you can do anywhere and anytime. Exercises such as planks, pushups, squats, triceps dips and hamstring heel digs can take as little as 10 to 15 minutes.

Then there are people, such as yours truly, who see the holidays, and vacations in general, as a time to explore new classes (for example, a yoga class in which the Clash was played during savasana), stick to basic fitness routines and bring along sometimes wary relatives and friends: walks, running while sightseeing, pushups and situps in hotel rooms, fitness classes and yoga on the beach or in a cousin's living room.

The human body is a wonder, and my wish for this season is that we all enjoy discovering, or maybe rediscovering, our own holiday miracle, even if it's only for 10 minutes at a time.

PREVIOUS ARTICLE
Article 41 of 97
NEXT ARTICLE