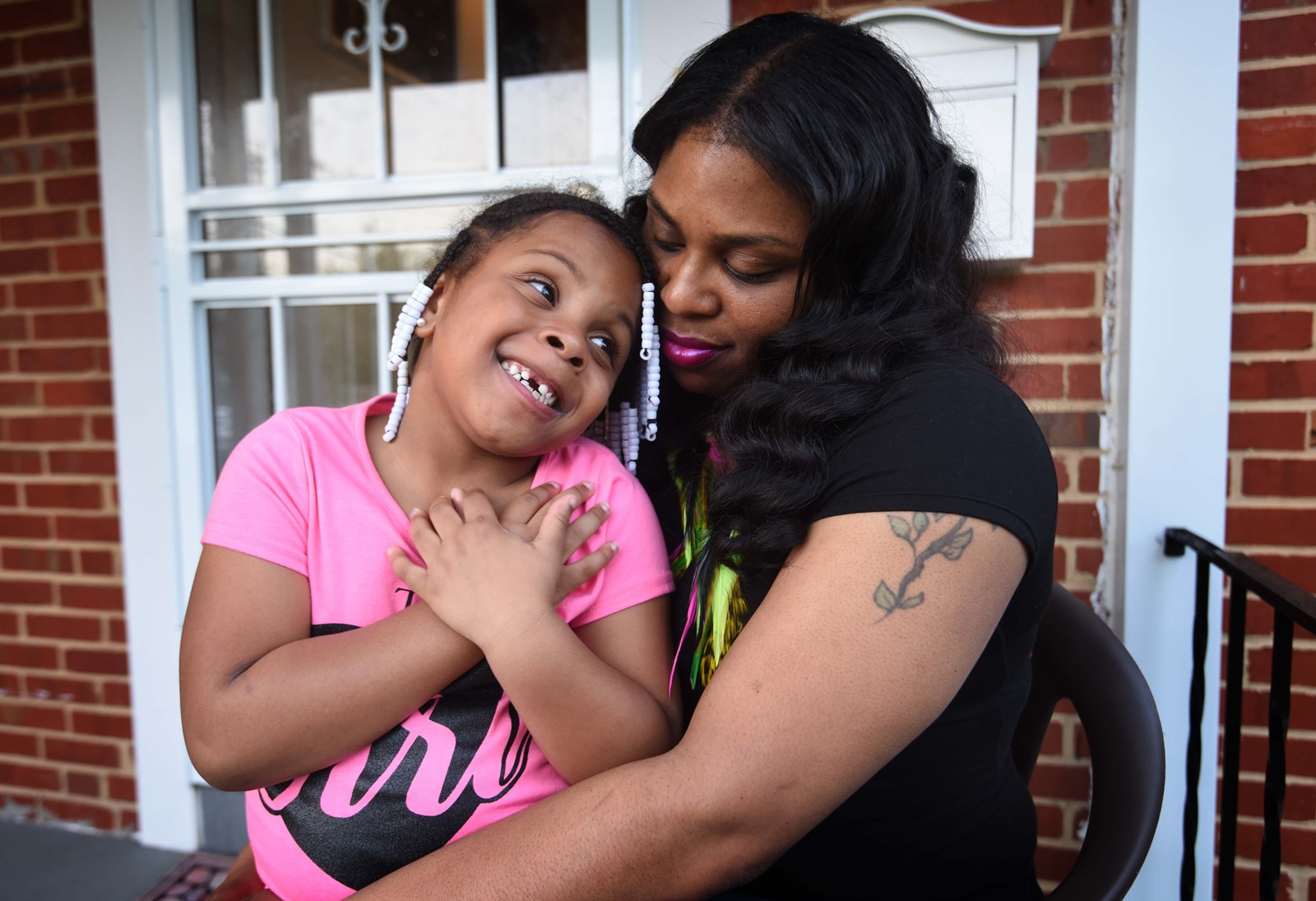 Kelly Ellerbe and her daughter, Kelsey Hines, 6, outside their home. Kelsey made a video after she and her grandmother had to take a detour due to a triple shooting. She pleaded and cried in the video for the killing to stop and for kids to be able to play and grow up. (Algerina Perna/Baltimore Sun )
PREVIOUS IMAGE

Six-year-old Kelsey Hines was headed to church with her grandmother last week when they had to take a detour because of a triple shooting.

Kelsey saw yellow evidence markers everywhere: “There was a lot of them,” she said.

When she got home, the kindergartner told her mom to set up the camera because she had a message to get off her chest.

“We don’t want to go to heaven yet,” she said as the faint siren of an ambulance could be heard.

As she continued her plea, tears began to stream down her face.

Ellerbe has posted videos of her daughter to Facebook before — the girl “wants to be a superstar” and even has her own Facebook page, managed by her mom.

But this one spoke to people.

A week later, on Facebook. Hines and her mom have been getting messages from people in Africa and New Jersey and the United Kingdom. They’ve been doing TV interviews, they’ve been invited to speak at marches.

In person, Kelsey is precocious and bubbly, letting her mom know when she has lipstick on her teeth, wandering into the kitchen to pour herself a glass of milk. She occasionally rolls her eyes and throws herself back onto the throw pillows of the living room couch. The sudden fame, she admitted, has been a little tiring. But she wants to keep sharing her message.

Ellerbe said she always knew her baby was special. The pregnancy was tough, she said. Doctors said she might not make it.

The girl grew up fast. From age 1, Kelsey was counting. At age 2, she said she wanted to go to Harvard.

“When I turned 2, I already knew everything,” she said.

Ellerbe said she’s tried to shield her daughter from the violence of the city. They live in a fairly safe neighborhood in Northeast Baltimore. But “she watches the news. We can’t hide it from her,” her mother said.

Yet, in the midst of the dangerous city, Kelsey sees herself as a force for good.

“I am a powerful child,” she said.

PREVIOUS ARTICLE
Article 7 of 102
NEXT ARTICLE