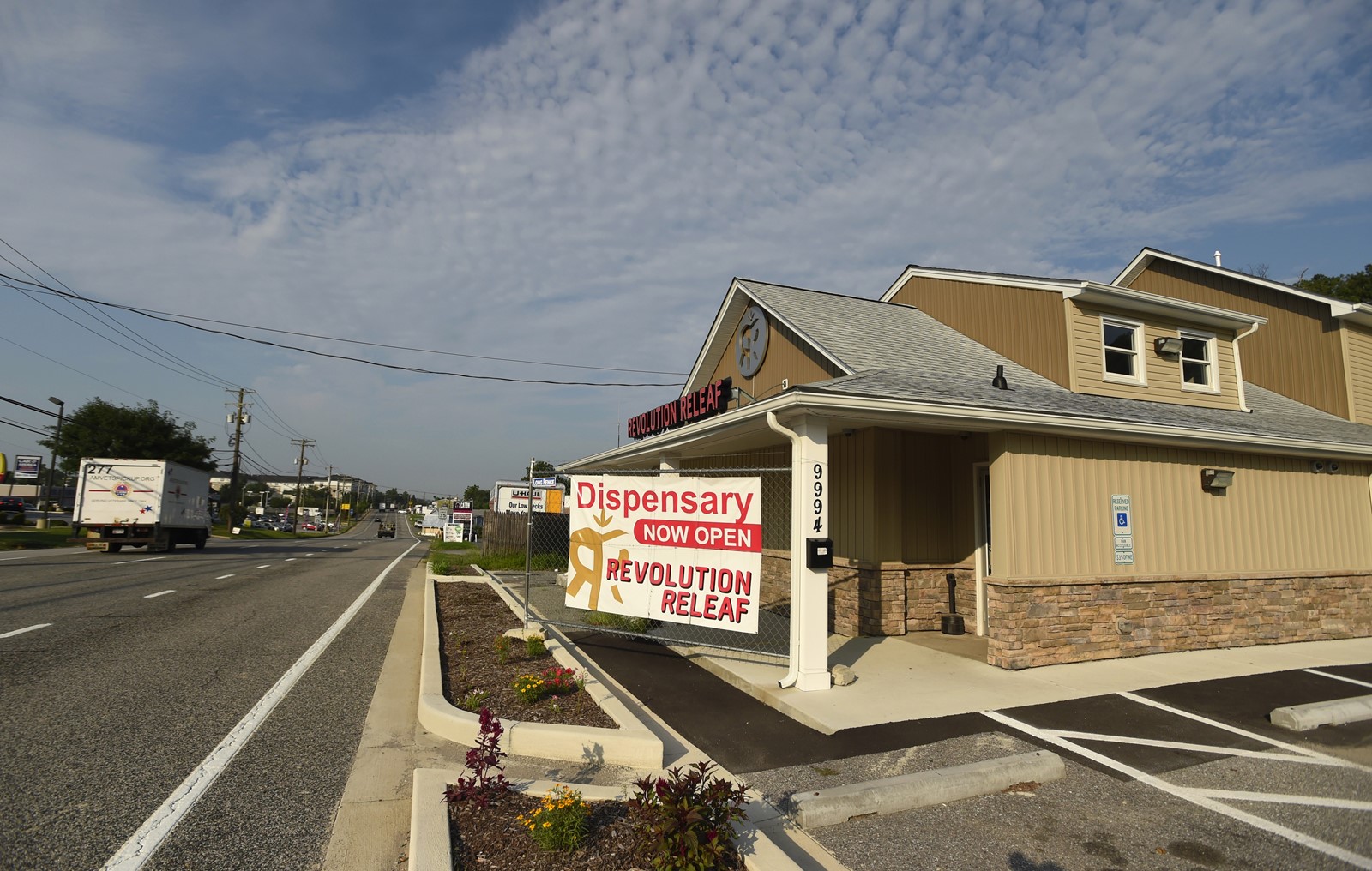 When well-financed, out-of-state cannabis companies figured out a loophole in Maryland’s one-dispensary-per-owner rule, the state’s lawmakers and regulators vowed to stop them with a legislative fix.

But they settled on a solution that some find troubling. Instead of writing a stronger law to limit companies to just one cannabis store, the General Assembly passed legislation that will let them have four.

The problem they were trying to address was complicated and legally thorny. Out-of-state companies already had taken control of multiple marijuana outlets in Maryland not by actually buying them, but reaching agreements with the local owners to manage their operations.

Legislators say they wanted to stop the multi-state firms from taking control of the state’s medical cannabis industry but realized they’d been outflanked. They felt they couldn’t try to undo the deals without getting the state sued. So the General Assembly acted to draw a line limiting further consolidation. The legislature approved a new rule that explicitly prohibits companies from owning — or managing — more than four dispensaries.

It’s a decision that some say abandons the original mission of the medical cannabis law to establish a homegrown industry.

“It is a sea change in the way the market dynamic will play out over the next four to five years,” said Mackie Barch, owner of the Culta dispensary in Baltimore’s Federal Hill. “It’s going to force consolidation.”

Going from trying to enforce a one-dispensary rule to a four-dispensary cap is what Barch called a “vast departure” from how lawmakers envisioned a 16-month-old cannabis industry that generated $109 million in sales last year.

Without the fix, supporters say, companies could have continued to enter into management deals with as many as the state’s 102 licensed dispensaries as they could handle.

“Everyone is fearful that multistate companies will largely take over the marijuana industry in Maryland through operating agreements or management agreements if we don’t act now,” said Sen. Chris West, a Baltimore County Republican who sponsored the legislation.

“The association supports an industry that will allow Maryland small businesses, many of which are owned by women and minorities, to be successful,” Chiaramonte said. “The passage of this bill will likely eliminate much of the diversity that had been achieved by dispensary owners.”

Opponents fear that bigger companies that also hold licenses to grow cannabis and process their crops in Maryland will have a head start to seize market share over other licensed firms that have not yet opened. They called the legislation unfair to homegrown companies that won licenses to open dispensaries assuming they could only operate one store.

They also warn the measure could derail the state’s renewed efforts to foster diverse ownership in the industry.

The Baltimore Sun reported in November that several national cannabis companies were poised to acquire firms with Maryland licenses despite state rules that limit such consolidation.

For instance, Massachusetts-based Curaleaf, which has two of its own licenses in Maryland, offered $30 million to acquire a small Frederick County company authorized to grow, process and sell cannabis. And Chicago-based Green Thumb Industries, or GTI Maryland, had told investors in July that it held “controlling ownership over five retail dispensaries” in Anne Arundel, Harford and Montgomery counties.

GTI spokeswoman said the company currently owns only one dispensary, Rise Silver Spring in Montgomery County, and manages two others, Rise Joppa and Rise Bethesda. The company had entered into “letters of intent” with two dispensary-license owners in Abingdon and Gambrills to “purchase 100 percent” of each operation. But neither deal has been completed.

“We are pleased that we were able to reach a compromise on the bill and commend the tireless advocacy of all stakeholders who were involved, especially the legislators for their thoughtful consideration,” Curaleaf Maryland President Justin Somers said in an email. “As a result of the legislation, Curaleaf and other operators will now be able to invest in state-of-the-art testing, partner with top universities on critical research, offer a greater array of products and most importantly lower prices for patients.”

Both Curaleaf and GTI Maryland hired three lobbyists each during the legislative session that ended Monday to focus on cannabis issues.

Curaleaf’s lobbying reports state that it is focused on issues such as “dispensary licensing” and “requirements placed upon those licensees.”

Del. Cheryl Glenn, a Baltimore Democrat, said some companies hinted at suing Maryland if the networks they built were undermined if lawmakers closed the loophole.

Glenn was one of the lawmakers upset last year that the Maryland Medical Cannabis Commission had allowed such consolidation.

The commission informed lawmakers that while license “ownership” was limited to one dispensary, “there are no restrictions in law preventing a business from managing or operating multiple dispensaries,” according to commission spokeswoman, Jennifer White.

The original legislation introduced by West called for allowing companies to operate up to six dispensaries either through ownership or management agreements.

Without a clear fix in state law, the bigger companies raising millions of dollars on a Canadian stock market could have continued to take control of as many dispensaries as they could through management agreements, Glenn said. The House of Delegates passed the Senate-approved measure Saturday.

West said many existing dispensaries wanted the limit set at three but that the final bill represented a “win-win compromise for all of the stakeholders.”

Barch said limiting companies to controlling no more than three dispensaries would have been better to assure more competition for market share — especially for companies that will be competing for the four new grower licenses that lawmakers hope will go to diverse companies.

“These out-of-state companies are not going to stop coming,” Barch said. “If you keep the limit at three the probability of getting monopolies is less likely.”

And new minority firms, he added, would have a better chance at success if there were still dispensary licenses available to be acquired.

“What we don’t want to happen is to have these guys get open and complain there are not enough dispensary licenses” for them to sell their products, Barch said.

Legislators also agreed to apply state antitrust rules to prevent big firms from selling products below the cost to produce them and to assure independent cannabis companies that the state would not “stand by and allow multi-dispensary owners to use unfair competitive tactics to harm the small dispensary owners,” West said.

Glenn said the state cannabis commission has agreed to complete the application process for new growers and processors before completing the remaining dispensary awards.

“You have to expect bumps along the way in a new industry,” she said. “There’s always a legislative fix that is possible.”

PREVIOUS ARTICLE
Article 25 of 109
NEXT ARTICLE