A haven of empowerment for Down syndrome kids 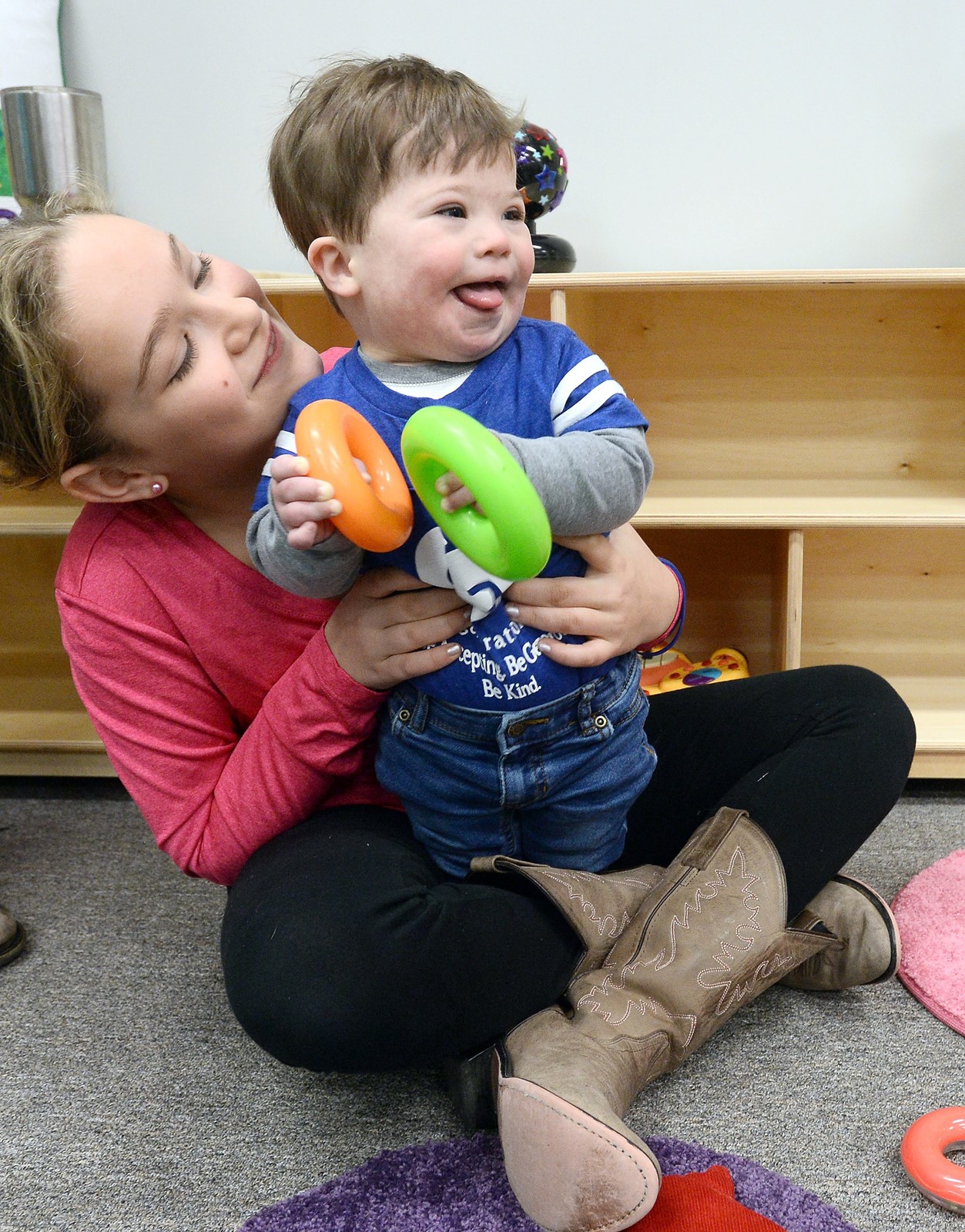 Hannah Rauschenberg, 10, plays with her brother, Jeremiah Eckert, 1, who has Down syndrome, at GiGi’s Playhouse in Annapolis. They are from Kent Island. (Paul W. Gillespie/Baltimore Sun Media Group )
PREVIOUS IMAGE

Hundreds of people affected by Down syndrome — people with the disorder and many more family members — came to Annapolis Saturday for the grand opening of GiGi’s Playhouse, a local branch for a national group that works to establish learning, achievement and empowerment centers.

It took more than two years from the initial meeting to bring the center to Annapolis and raise the necessary funds ahead of last weekend’s open house and ribbon-cutting ceremony.

The basement floor of the office building off Defense Highway has been converted to separate rooms to meet specific needs of the program to be offered there.

The rooms were quickly put into use at the Feb. 3 opening. Young children played in a room with a padded floor and small exercise equipment, while older ones lip-synced to music and showed their best moves on the small stage in the larger “family” room.

The atmosphere was loud and full of love.

“For years we have fought the stereotype that people with Down don’t have the potential. We are proving that stereotype wrong every day,” said GiGi’s Playhouse founder Nancy Gianni, an Illinois woman whose daughter, GiGi, was born with the disorder in 2003.

Down syndrome can affect as many as one of every 700 births in the United States, according to the National Down Syndrome Society. She said Down syndrome is the largest chromosomal disability in the country, “and yet, the least funded.”

Gianni said there are about 1,200 families in the Annapolis area that can use the services offered.

The idea for GiGi’s Playhouse came years ago when Gianni sought a place for services for her daughter near their home outside Chicago and found them wanting.

So she started her own.

Annapolis is the 35th location in the nation. The nonprofit hopes to open nine more this year and has another 200 inquiries about starting others across the country and abroad.

Down syndrome occurs during the earliest stages of development in the womb. As cells are splitting, each with 23 pairs of chromosomes in their nucleus, an abnormality can leave a child with a full or partial extra copy of the 21st chromosome.

That can alter the course of development, causing the characteristics that define Down syndrome. There are 36 markers for Down, and children may have many or just a few of them.

Kim Eckert is president of the Annapolis GiGi’s Playhouse. Two years ago, her son and daughter-in-law learned she would have a boy with Down syndrome, and Eckert plunged in, learning as much as she could and finding out about a group seeking to bring GiGi’s to Annapolis.

She volunteered her nonprofit experience, then became vice president until taking the reins last August. After raising about $250,000, they were ready to go.

“Look at all these kids,” she said, glancing out among the huge crowd at the grand opening. “I just feel so blessed we have this (to) give to them.”

At first, she said her efforts were to do something for her son and daughter-in-law and their soon-to-be newborn, Jeremiah, now a 1-year-old. “But as I got more involved and understood more, I wanted to do it for all the kids. It started out as a personal thing, now I want to help everybody.”

GiGi’s offers academic and therapeutic programs for anyone touched by Down syndrome. It is also a gathering place for families to learn they are not alone.

The free programs are run by volunteers who have to clear background checks and learn a stiff set of protocols plus training for the programs they help lead.

Yumi Hogan, Maryland’s first lady and wife of Gov. Larry Hogan, attended the grand opening and made a few remarks before taking part in the official ribbon-cutting ceremony.

She said she had met with the board a year ago and met the parents and many of the children. She recognized the “inspiring story behind this special project” and attributed it to the strength such a diagnosis brings out, in addition to the powerful bond between parent and child.

Gianni said that aside from the practical help for those with Down, the GiGi’s Playhouse community is about proclaiming the wonder of the Down world.

“These kids are here for a purpose … to teach us to love and to make the world a better place,” said Gianni. “GiGi’s is a place for a child to learn to walk, learn to talk, learn to read … a place to show the world we are here and we are proud.”

For more information about the Annapolis location of GiGi’s Playhouse, go to .

PREVIOUS ARTICLE
Article 97 of 156
NEXT ARTICLE