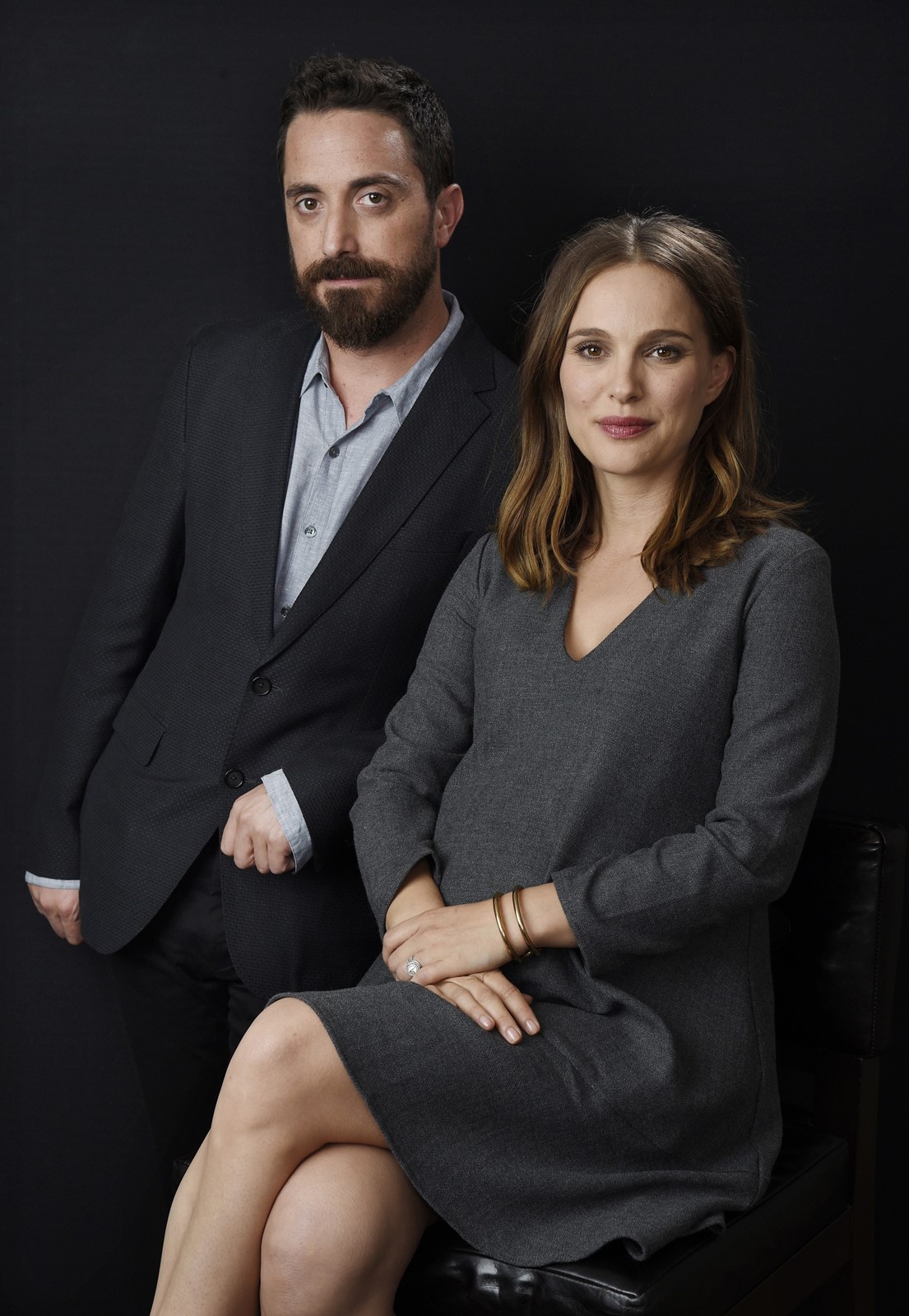 Picture this: A communist Chilean poet who served as a senator and diplomat and later went on to win the Nobel Prize in literature.

Now picture something else: Communist Chilean Poet: The Movie.

It was certainly not the sort of project Chilean director Pablo Larrain had in mind when his brother and producer, Juan de Dios Larrain, nudged him, roughly a decade ago, to make a film about 20th century literary icon Pablo Neruda.

Pablo Larrain rolls his eyes recalling the moment. “A movie with everybody talking loud and serious,” he says with a groan. “It could have been that.”

Except Larrain isn't the type of director who seems capable of churning out an earnest biopic.

“Neruda,” which opens here Dec. 30, is funny and ribald — a police caper disguised as a biopic that offers an engaging meditation on one man's commitment to political ideals as well as the very nature of moviemaking.

In the lead, a limber Gael Garcia Bernal channels his finest film noir police inspector, chasing down the poet, who is on the lam amid a communist crackdown.

“I've told people that if you are seeing this film to get to know Neruda, then you may have a problem,” says Chilean actor Luis Gnecco, who plays the title role. “It's a film about fiction, how fiction can save you, how fiction can shape things.”

Spanish director Pedro Almodovar hailed it as “the best movie I have seen this year” at the New York Film Festival this fall. Last week it was nominated for a Golden Globe in the foreign language film category. (“Neruda” was shot in Spanish.) The picture is also Chile's submission for the foreign language Oscar.

“Neruda” lands amid a shower of critical acclaim for Larrain's other, more high-profile film, “Jackie,” which also hit theaters this month. It stars Natalie Portman, who received a Golden Globe nomination for her portrayal of a shell-shocked Jacqueline Kennedy in the days after the president's assassination.

The back-to-back releases signify that Larrain could become the rare director to have two films in two languages vying for Oscars in February — an impressive feat for an artist who is barely 40 and who, until the release of “Jackie,” had never made a movie in English. He is doing this with a pair of films that unravel the psyches of two towering historical figures of the 20th century.

“Jackie” takes an event that is etched into the collective American psyche and makes it visceral. “Neruda” transforms an icon of Latin American letters, a poet who is practically a popular saint in Chile, into a flesh-and-blood human being full of frailties and charisma.

“If you go in thinking you are trying to make a movie about Pablo Neruda, it can be very frightening,” the director says as he fiddles with a cup of tea at a Los Angeles hotel. “But once you realize he can never be yours, you can be free. You realize that this is a man, who is sweating, who has desires, who wants to change things and who is in complete and constant crisis.”

Director Darren Aronofsky, who served as a producer on “Jackie” and tapped Larrain to direct the film, first became enthralled by the Chilean filmmaker's work after seeing his 2015 feature, “El Club,” at the Berlinale in Germany.

A brooding film about a remote home inhabited by law-breaking priests, “El Club” is the dark, Latin American antithesis to “Spotlight.” Where “Spotlight” was about the heroics of a team of reporters uncovering the abuses of the Catholic Church, “El Club” was a devastating parable about preserving the status quo.

“It's unfamiliar characters who are, on the surface, so unlikable, yet you are completely sucked into their world and you empathize with them,” Aronofsky says of the morally corrupt individuals in “El Club.” “That's an incredibly difficult thing to pull off.”

Like “Jackie,” “Neruda” does away with the clunky cradle-to-grave biopic format and focuses instead on a key period in the late poet's life: A roughly yearlong stretch in the late 1940s when Neruda was forced into hiding after communism was outlawed in Chile. It was an episode so formative that the poet recounted it at length in his Nobel acceptance speech in 1971.

But while “Jackie” is about contending with the trauma of death, “Neruda” is about the joy of creation — and of living. It contains impassioned poetic recitations, bohemian revelry and some bawdy visits to a bordello. The film opens with Neruda and a group of fellow parliamentarians engaged in fierce political oratory as they inhale drinks and take whizzes inside the congressional john.

While Larrain is hailed as an important filmmaker in his native country, this warts-and-all portrayal hasn't necessarily endeared him to every sector of the Chilean public.

“Everything you could possibly say about the film, it's been said,” he notes of the critical reaction in Chile. “From conspiracy theories to people who are fascinated with the film. It creates many things, but it doesn't create indifference.”

Alfredo Castro, a veteran stage actor who regularly appears in Larrain's films, says the director is drawn to material that deals with impunity, often in narratives that feature ambivalent outcomes.

“Chilean society is very Catholic, very much formed by the Christian idea of redemption,” Castro says via telephone from Mexico City. “Chilean art plays very much with the idea that the prostitute becomes a saint, that the thief becomes a good man.”

“That is what is so good about Pablo,” he adds. “In his films, there is no redemption. And he looks at life, at his characters, without judgment.”

Larrain has a sympathetic view of the lonely, depraved individuals who often find their way into his work.

“I have compassion for my characters,” he says. “My films are love stories.”

In “Jackie,” Larrain's history isn't strictly by the books. He imagines the human moments that elude the historical record — such as the conversation in the bathroom that opens “Neruda.” And in “Jackie,” he envisions the agony of the 6-minute dash that the presidential caravan made to the hospital after John F. Kennedy was shot.

“Those 6minutes have never been expressed in any type of movies,” Larrain says. “There are no photographs, just a few testimonies. But what happened in that car, those 6 1/2 minutes, was a century of life.”

In the film, Larrain cuts from the first lady's point of view — speeding into the concrete forms of a nearby freeway underpass — to wider shots that show her cradling her dying husband.

“She must think, ‘What is going on here? Where did that bullet come from? Will I talk to him again? Is he dying?' ” he says. “And finally, the most pure and essential thing of every human, of ‘I am just so alone.' And that aloneness is something we all understand and share.”

PREVIOUS ARTICLE
Article 80 of 174
NEXT ARTICLE