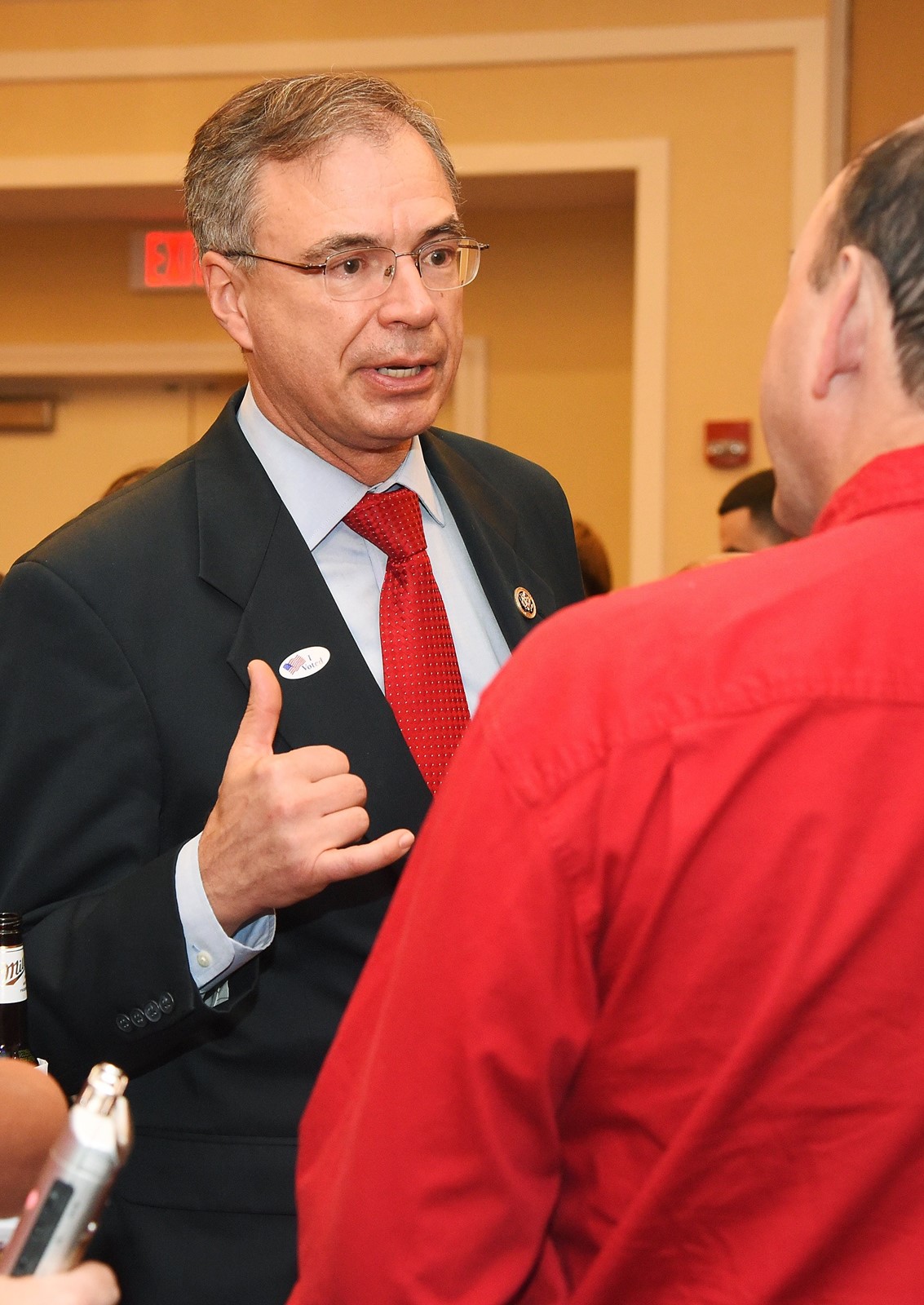 Rep. Andy Harris said that angry confrontations Republicans have faced in constituent meetings about the repeal of Obamacare have been funded and organized. (Paul W. Gillespie/BSMG)
PREVIOUS IMAGE

Rep. Andy Harris said the people who are showing up at town hall meetings held by Republican members of Congress to voice concern over the repeal of Obamacare are “organized” and funded by out-of-district interest groups, and said he will not conduct such a meeting until Republicans announce a plan to replace the law.

Harris, an anesthesiologist who made opposition to the health care law a central component of his 2010 campaign for Congress, described the angry confrontations his fellow Republicans have faced in constituent meetings as “George Soros-funded,” referring to the prominent Democratic donor. The claim has been made by GOP lawmakers in other states as well.

The Baltimore County lawmaker faced criticism this week after he told WBAL’s “C4 Show” on Tuesday that he would hold conference calls with constituents instead of in-person meetings.

Harris has used telephone town halls for years, so his comments did not indicate a change in approach.

“We just finished an election and I was all over the district during the election,” Harris told The Baltimore Sun on Wednesday. “When we actually have a product before us that has the potential to become law, that’s the time to go out and listen to what people have to say.”

The Talbot County woman helped found the Maryland group Citizens For Health Care, which has been pressing Harris to meet with constituents in person.

“With the clear push to repeal the ACA, it’s on the forefront of everybody’s mind at the moment,” Jackson said. “Everybody’s just sort of nervous about what’s happening next and wants to feel that they’re in touch with their representatives in Washington.”

Asked about Harris’ contention that such groups are funded by outside interests, Jackson said: “There are no funds at all.”

Telephone town halls allow lawmakers to choose their questioners to ensure they receive friendly questions. In past telephone meetings conducted by Harris that have been observed by The Baltimore Sun, the congressman has received both favorable and critical questions.

Still, Jackson said, even if Harris takes questions from critics on the call, it’s not the same as talking to their congressman face-to-face.

“To me, a tele-town hall is not a town hall,” she said. “The fundamental point of a town hall is to get face time with your constituents — to understand that there’s a human behind this.

“A tele-town hall is dehumanizing.”

A Harris aide said the congressman has held more than 60 in-person town halls since his election in 2010, and dozens more by telephone.

Elsewhere in the country, crowds of angry constituents have confronted Republican Reps. Jason Chaffetz of Utah, Diane Black of Tennessee and Tom McClintock of California at public appearances in their districts in recent days.

They have pressed the lawmakers to describe their plans for replacing the health law, and how they will deal with millions of people who benefit from it.

Harris said he would meet with constituents when he can hear feedback on a proposal.

There was significant consternation at town halls during the summer before the Affordable Care Act was passed by Congress. Angry voters questioned Republican and Democratic lawmakers at town hall meetings for weeks, giving rise to the tea party movement.

Those confrontations, some of which were broadcast on national television, were part of the reason lawmakers switched to telephone town halls in the first place.

At the time, many Democrats wrote off the discontent, arguing the people raising questions were orchestrated and funded by Republican donors.

Harris noted those exchanges took place before Congress had a final draft of the health care law that came to be known as Obamacare. Once the draft was revealed, he said, there was little opportunity for members of Congress to hear from voters. The law was passed without any Republican support.

Republicans, who took dozen of votes to repeal Obamacare when they did not control the White House, are grappling with how to unwind the law now that President Donald Trump is in office. Some of the law’s provisions are popular, and even Trump has said he wants to retain them.

Some of those popular provisions — such as eliminating annual and lifetime caps on coverage, and allowing people with pre-existing conditions to buy into health insurance — are dependent on less well-liked components, such as requiring that everyone in the nation buy some sort of plan or face a tax penalty.

PREVIOUS ARTICLE
Article 8 of 86
NEXT ARTICLE