Mad Dog? How Mattis got his nickname. 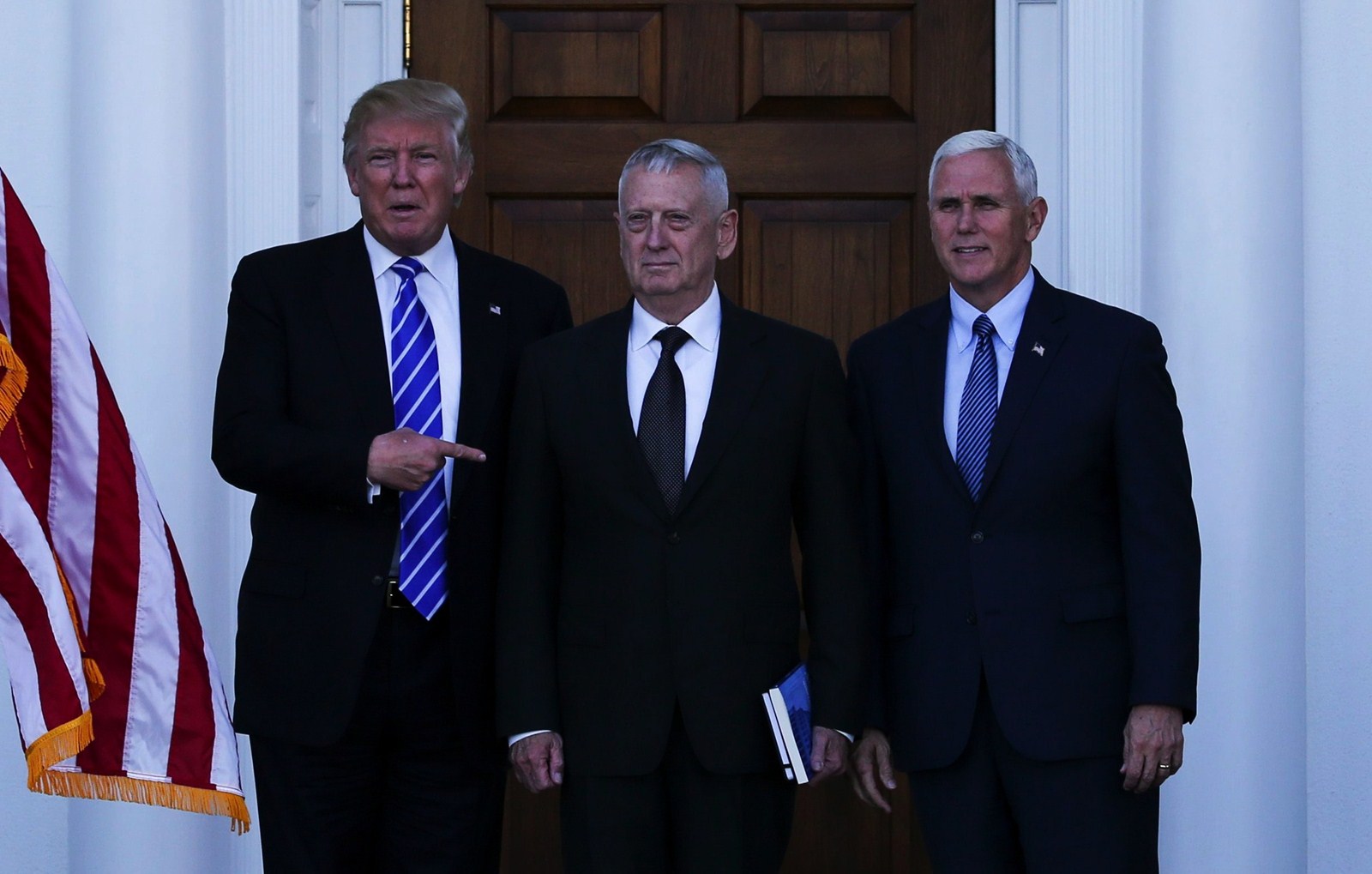 — At a post-election victory rally in Cincinnati, President-elect Donald Trump announced his pick for secretary of defense.

“We are going to appoint ‘Mad Dog' Mattis as our secretary of defense,” Trump said Thursday night.

The Mad Dog in question was retired Marine Gen. James Mattis, who for more than 40 years served in the Marine Corps. The 66-year-old general, called a “warrior monk” by his peers for his depth of knowledge and lack of family — he never married — is also known to turn a memorable phrase, including: “Be polite, be professional, but have a plan to kill everybody you meet.”

If the nickname Mad Dog gives you pause, the retired general does not like it either, according to NBC.

The nickname stuck to Mattis following the second battle of Fallujah, the hardest fight of the Iraq War. Here's The Los Angeles Times, in a profile about the “confident, jaunty” general in April 2004, a few months before the battle: “Behind his back, troops call him ‘Mad Dog Mattis,' high praise in Marine culture.”

A 1990 study of nicknames among 175 teens concluded that references to “strength, largeness, hardness, and maturity are typical of male nicknames,” listing “Mad-dog” as a masculine name.

In late 16th-century pubs, a strong brew was a “mad dog.” As a verb, it is slang for glaring.

Sports players given the nickname Mad Dog may earn it through their athletic intensity but also because their surnames include “mad,” such as the Los Angeles Lakers' Mark Madsen, former Canadian hockey player John Madden and former MLB pitcher Gregory Maddux.

Mad Dogs have appeared many times in fiction, in narratives as diverse as “To Kill a Mockingbird” and the Indonesian martial arts film “The Raid: Redemption.”

PREVIOUS ARTICLE
Article 27 of 79
NEXT ARTICLE