Prenups prevalent for techies in love 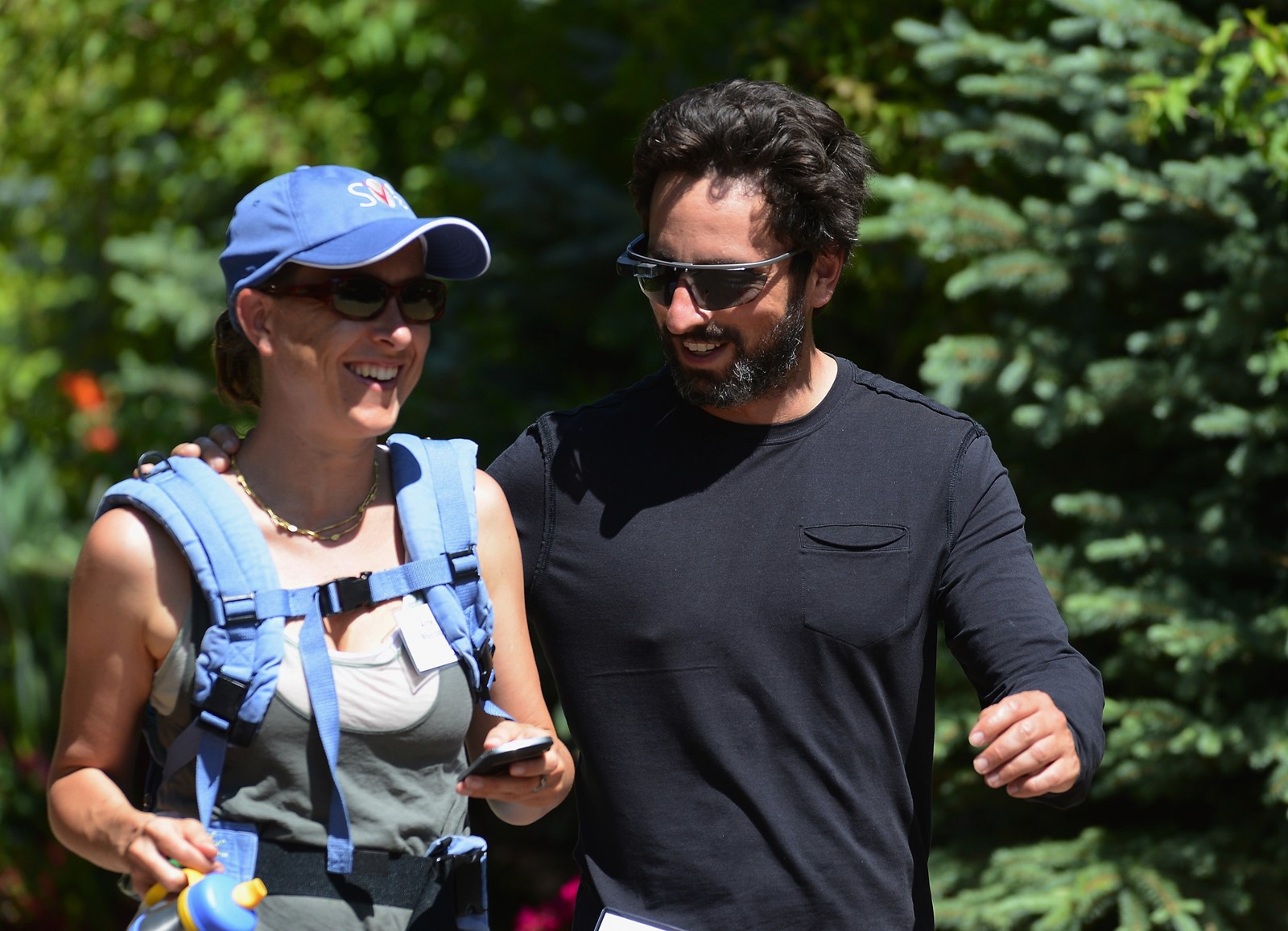 Thanks to a prenup, co-founder Sergey Brin’s stake in Google was unchanged when he divorced Anne Wojcicki, left. (Kevork Djansezian/Getty 2012)
PREVIOUS IMAGE

Never mind that the client had barely anything to her name. What she had was a bunch of startup ideas. She and her fiancé, who already had his own small tech company, signed a prenup with clear terms, Mazzei said: “The spouse who has an idea (and) starts a business ‘owns’ that business. It’s their baby.”

A few years later, Mazzei, a partner at Sideman Bancroft, was traveling through the San Francisco airport when she saw her former client on a magazine cover. Her startup had struck gold. Her husband’s business had fizzled.

In Silicon Valley, where penniless programmers fervently believe their ideas are worth billions, getting rich can take priority over getting married. California law assumes any wealth created during a marriage is community property, which should be split equally in a divorce. That’s alarming not just for young entrepreneurs but also their investors.

Fortunately, a well-written prenup is a safeguard against post-divorce havoc, which is why more and more young couples are insisting on the agreements, according to several lawyers. Long popular with older wealthy couples who re-marry, prenups are also being demanded by entrepreneurs who want to keep future windfalls to themselves.

In a 2016 survey by the American Academy of Matrimonial Lawyers, three in five divorce attorneys said more clients were seeking prenups in the past three years. About half said they’d seen a spike in the number of millennials requesting the agreements.

“People’s concepts and notions of fairness when it comes to privately held businesses are changing,” said Mazzei, adding she’s seen “a tremendous increase” in prenups in the past eight years. “They feel that even if they’re married, this is their passion. The agreement should be reflective of that.”

Today’s startup founders have plenty of prenup-writing forebears to emulate. Google co-founder Sergey Brin and Anne Wojcicki, who helped found personal genomics company 23andMe, had a prenup when they married in 2007. After they divorced in 2015, his stake in Google remained unchanged.

“It’s complicated — that’s all I can say,” Wojcicki told Bloomberg TV about the split.

Oracle Corp.’s Larry Ellison has been married and divorced multiple times, but none affected his stake in the software company. Ellison is the seventh-richest person in the world with a net worth of $59.8 billion, according to the Bloomberg Billionaires Index.

Still, a prenup hardly guarantees a smooth divorce. Judges can and do throw out the agreements, especially if they’re drafted poorly. “If you don’t put in the right language, a lot of prenups don’t do the job,” said Lowell Sucherman, a divorce attorney at Sucherman Insalaco in San Francisco.

While venture capital firms don’t explicitly require prenups, they do demand legal language protecting their investments in the event a divorce court hands a chunk of a founder’s shares to an ex-spouse. So do other co-founders.

“Founders have wanted to ensure that someone else can’t suddenly come in and obtain some sort of founders’ control,” said Par-Jorgen Parson, a partner at venture capital firm Northzone, who has served on the board of Spotify Technology. “It’s just as often driven by the founders as by external investors. You don’t want to rock the balance of power.”

Venture capital firms often demand that founders’ husbands and wives sign “spousal consent” forms. Such agreements determine who gets to vote for board members, and how and when shares can be sold. In the event of a divorce settlement (or death or disability), a founders’ spouse might end up with company shares. But, the agreements ensure that an ex can’t exercise much, if any, control over the company post-divorce.

“We’re trying to make sure that people don’t become involuntary business partners with someone they don’t know, don’t like or who aren’t qualified,” said James Ficenec, a partner at Newmeyer & Dillion in Walnut Creek, California.

Divorcing founders will often do anything to avoid handing over half of their shares in their startup.

“Founders will try to negotiate keeping more of their shares,” said Michael Gorback, a partner at Hanson Bridgett. “You might balance it out some other way,” by paying exes in cash, a home or other investments.

MacKenzie Bezos and Amazon.com founder Jeff Bezos divorced earlier this year, leaving her with a 4% stake and a net worth of $34.6 billion, according to the Bloomberg index. He kept 75% of the couple’s Amazon shares, and retains voting control of those she does hold.

“One issue we come across very often is, ‘How do you value a startup?’?” Mazzei said. Years before an initial public offering, a startup might have no profits or even revenue to speak of. A promising company could later go under — or eventually be worth billions.

In a divorce, “it can be quite difficult when you have a large asset that is illiquid,” said Lyssa Grimaldo, a wealth manager at San Francisco-based Wetherby Asset Management and a certified divorce financial analyst. Adding to the problem, she said: “One partner knows more about that asset than the other.”

Lawyers can usually sort out the legal ramifications of divorce. They’re less helpful in containing the chaos that a founder’s marital problems might create in the workplace or business relationships.

“We have companies where the founder is the brand, and trust and credibility are core to the business,” said Ed Zimmerman, partner and chair of the tech group at Lowenstein Sandler in New York.

If a divorce isn’t disclosed to key investors, they can lose trust in a founder who they thought they knew well. Then there’s sometimes other nasty fallout, of the sort that companies are increasingly sensitive to in the #metoo era.

“It would be great if we lived in a world where people who had marital problems didn’t manifest those problems by hitting on or dating people who worked at their company,” Zimmerman said.

PREVIOUS ARTICLE
Article 31 of 100
NEXT ARTICLE