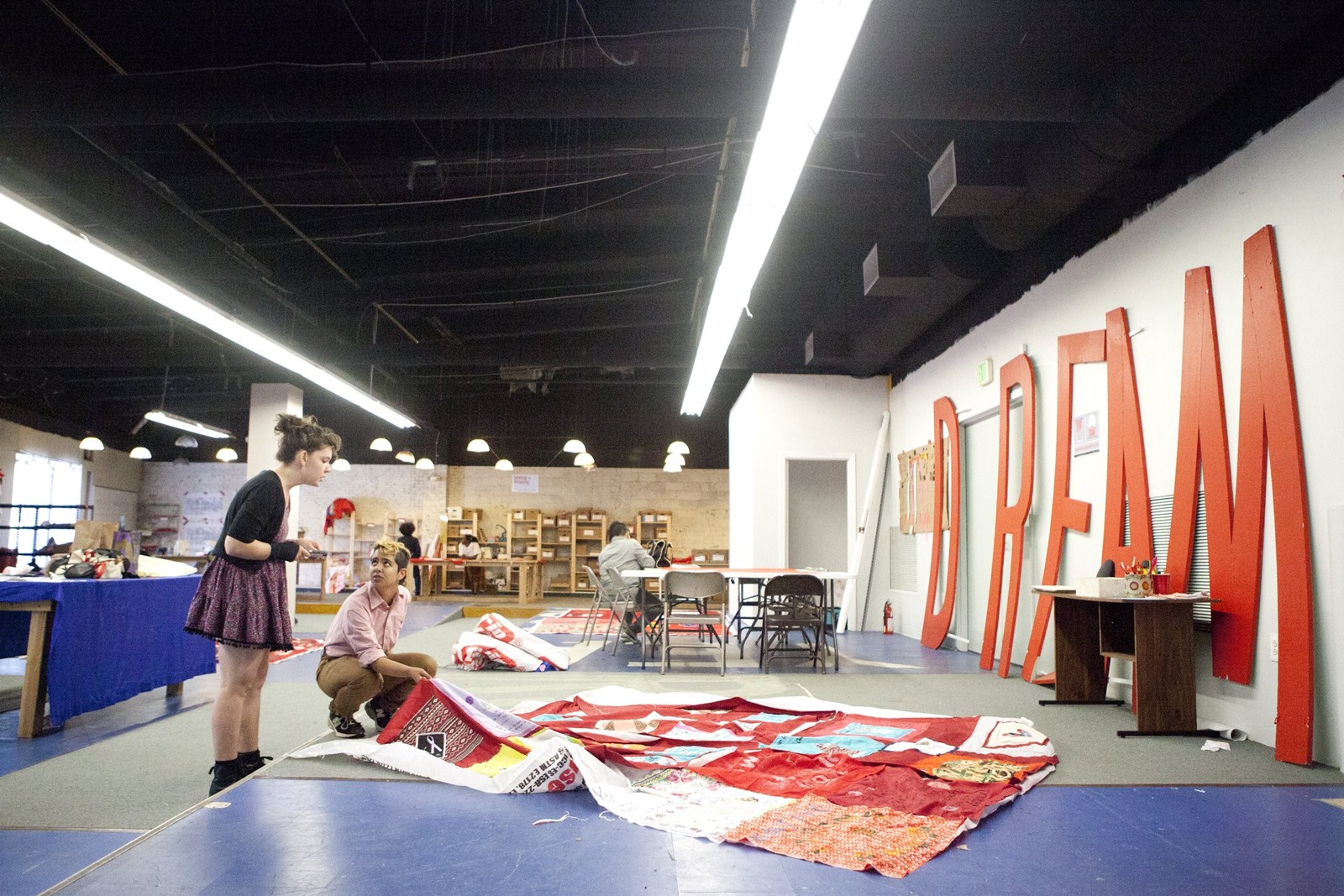 An artist group behind a quilt project dedicated to upsetting “the culture of rape” was named the 2016 winner of the Janet & Walter Sondheim Artscape Prize.

“FORCE: Upsetting Rape Culture” will receive $25,000, the Baltimore Museum of Art said Saturday. FORCE was founded in 2010 by Baltimore artists Hannah Brancato and Rebecca Nagle, and uses public art projects, events and internet campaigns “to upset the culture of rape and promote a culture of consent,” according to the statement.

One FORCE project includes “The Monument Quilt,” which is a collection of the stories of survivors of sexual violence. FORCE hopes to collect 6,000 quilt squares from workshops across the country next year and display them at the National Mall in Washington, where they will spell out the phrase “Not Alone.”

According to , 1,000 squares have been displayed in 22 cities across the United States.

“As the quilt continues to grow, survivors, loved ones and supporters are encouraged to make a square,” according to the organization's website.

After being on display in Baltimore, the quilt will be taken on a West Coast tour. This fall, the workshops in other cities will organize their quilts in Baltimore in advance of next year's displace in Washington, the organization says.

In addition to the squares featured at the BMA, there will be video footage documenting earlier presentations of the quilt. FORCE will also conduct a public awareness program as part of its Sondheim exhibition contribution.

The statement said six other finalists — Theo Anthony, Stephanie Barber, Darcie Book, Larry Cook, Eric Kruszewski, Christos Palios — will receive $2,500. Works of art by the winner and finalists are on view at the BMA through July 31.

The Sondheim Artscape Prize: 2016 Finalists exhibition is held in conjunction with Artscape and is produced by the Baltimore Office of Promotion & The Arts.

PREVIOUS ARTICLE
Article 5 of 75
NEXT ARTICLE