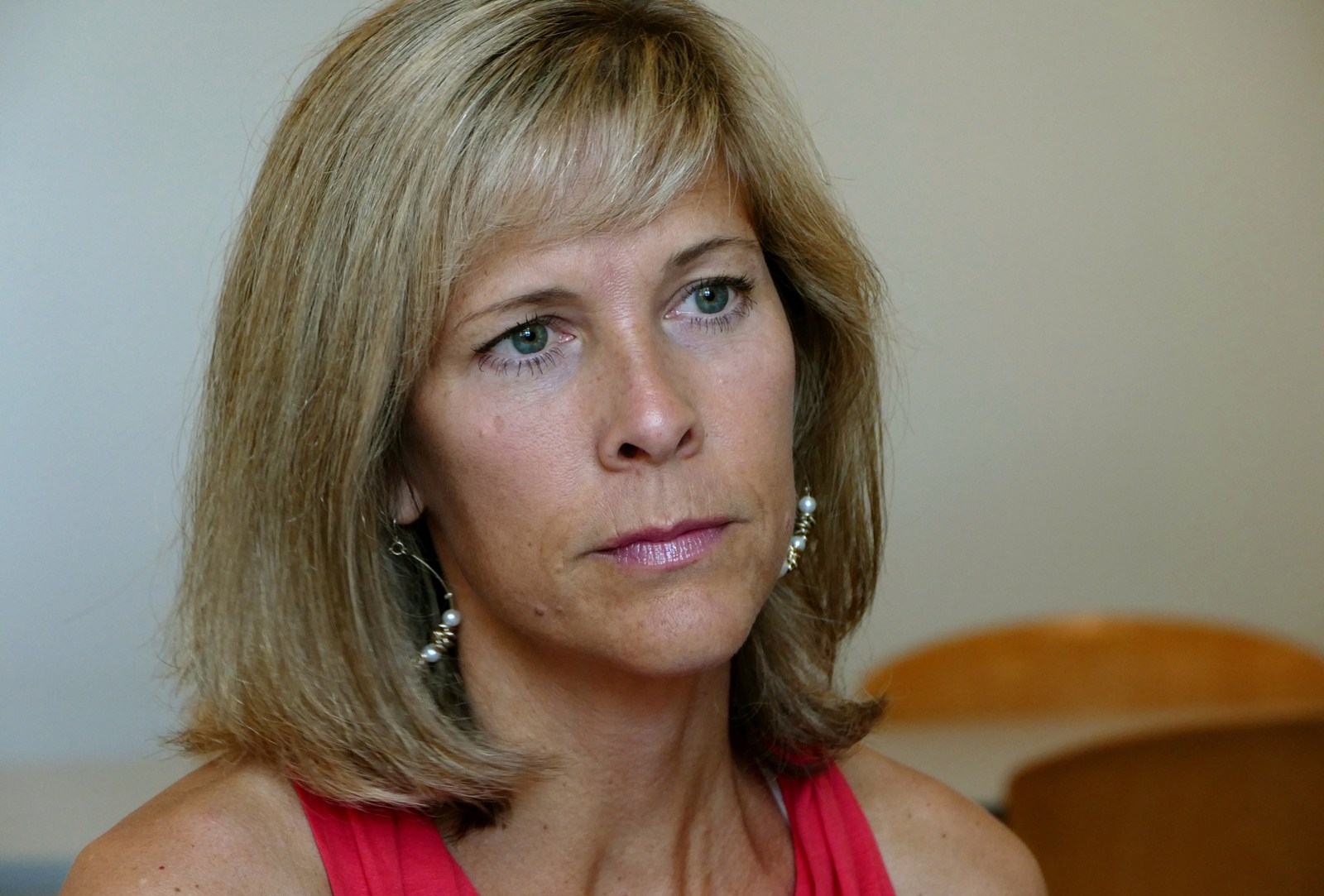 Jenny Carrieri continues to look for new information that might lead to the person who killed her twin sister, Jody LeCornu, in Towson in 1996. ( Lloyd Fox/Baltimore Sun ) 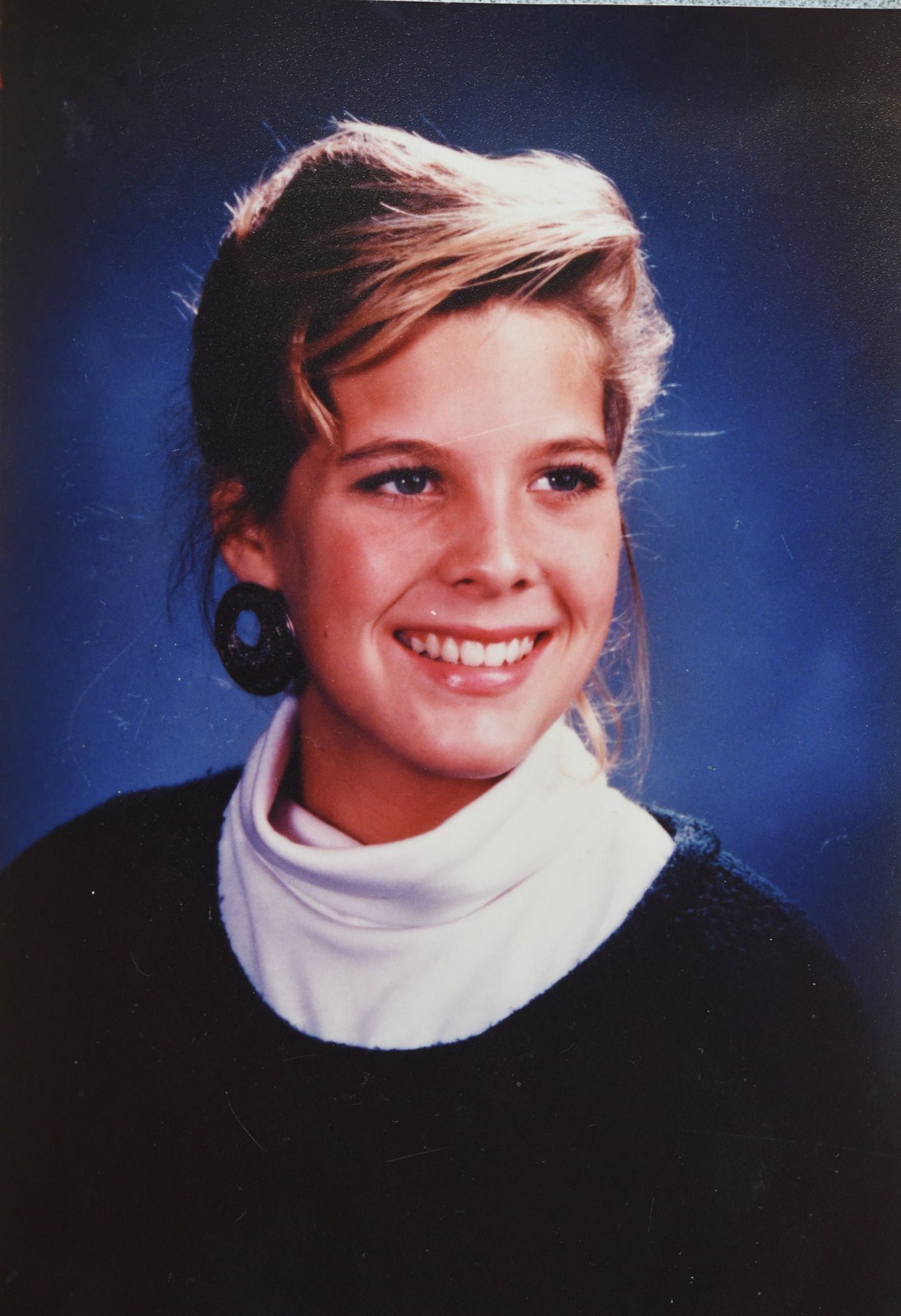 Jody LeCornu was 23 when she was shot to death in a car in Towson. ( ?)
PREVIOUS IMAGE

When 23-year-old Joann “Jody” LeCornu was found shot in the back inside her car one snowy morning in Towson in March 1996,Baltimore County Police Detective Carroll Bollinger was called to the scene.

Twenty years later, LeCornu's killer still has not been caught.

But Bollinger, now a member of the homicide unit's cold case squad, and Jenny Carrieri, LeCornu's twin sister, say they are not giving up hope.

Both have been trying to keep LeCornu's story alive, in an effort to draw out new information.

“I feel like there's people out there who know something,” saidCarrieri, 43.

Bollinger thinks so, too.

In a county where police solve most homicides, the department this year released photos from the crime scene, with the idea of stirring new interest in the case.

A cold case investigation “goes on the premise that things change in people's lives,” Bollinger said.

“What I'm hoping is that maybe somebody had an allegiance [to the suspect] back then, and that allegiance to that person is no longer there,” hesaid. “Somebody knows what happened in this case.”

Police are also taking another look at evidence, including fingerprints from the car.

LeCornu spent the evening of March 2, 1996, with friends at the Mount Washington Tavern, where she was a regular, police say. When the bar closed, they say, she went toa liquor store on Falls Road to buy a six-pack of beer.

Investigators say LeCornu was sitting in her white Honda Civic in the parking lot of what is now the Drumcastle Government Center on York Road when someone approached her car and shot her once in the back.

They don't know why she went to the lot.

LeCornu was able to drive across the street to the Giant Food parking lot, where she was laterfound.

The shooting occurred inthe middle of the night — around 3:40 a.m. — but Bollinger says there were witnesses: people at the Giant, and workers making deliveries at the Boston Market.

They told investigators that they saw a man follow LeCornu's car until it stopped, get out of his own car and reach into hers. It looked as if he put her car in park and then took something from it — likely her purse, which was never found.

The man got into a white BMW, police say, headed south on York Road and turned east on Walker Avenue.

“This person shot her, followed her, waited for her, entered her vehicle, and drove off,” Bollinger said. “Normally, that all doesn't happen.”

LeCornu made several phone calls that night, to the tavern and to friends, police say. Theydon't know whether she knew her killer.

Detectives have pursued the theory that it was a drug deal gone bad, and an alternate that it was a random robbery. Theyhave investigated persons of interest for both theories.

Carrieri said her sister had been in rehab for alcohol and drugs. But she said the events of that night still seem bizarre.

“I don't see her sitting in a dark parking lot,” she said. “She did struggle when she was in high school with drugs. She also, I believe, drank too much, as well. ... But I don't believe she was doing drugs at that point.”

LeCornu was taking classes at Towson State University, working at a bank and “living for the day or for the moment,” she said. She hadn't yetfigured out what she wanted to do with her life.

Bollinger said detectives have ruled out any connection between LeCornu's killing and her father's work as an assistant state's attorney in Anne Arundel County. John LeCornu prosecuted drug cases and violent crimes.

After his daughter's death, LeCornu becamesick with cancer. He wouldleaf through the documents he compiled in the aftermath of the killing:newspaper articles, photos, notes from his meetings with detectives, He kept the papers under his bed.

Carrieri, who lives in Easton, is now married with children. But she's still looking for her sister's killer.

“Even after all these years, it's still very real,” she said. “We're just not settled.”

PREVIOUS ARTICLE
Article 14 of 75
NEXT ARTICLE