How long 56-year-old will stay at school is unclear 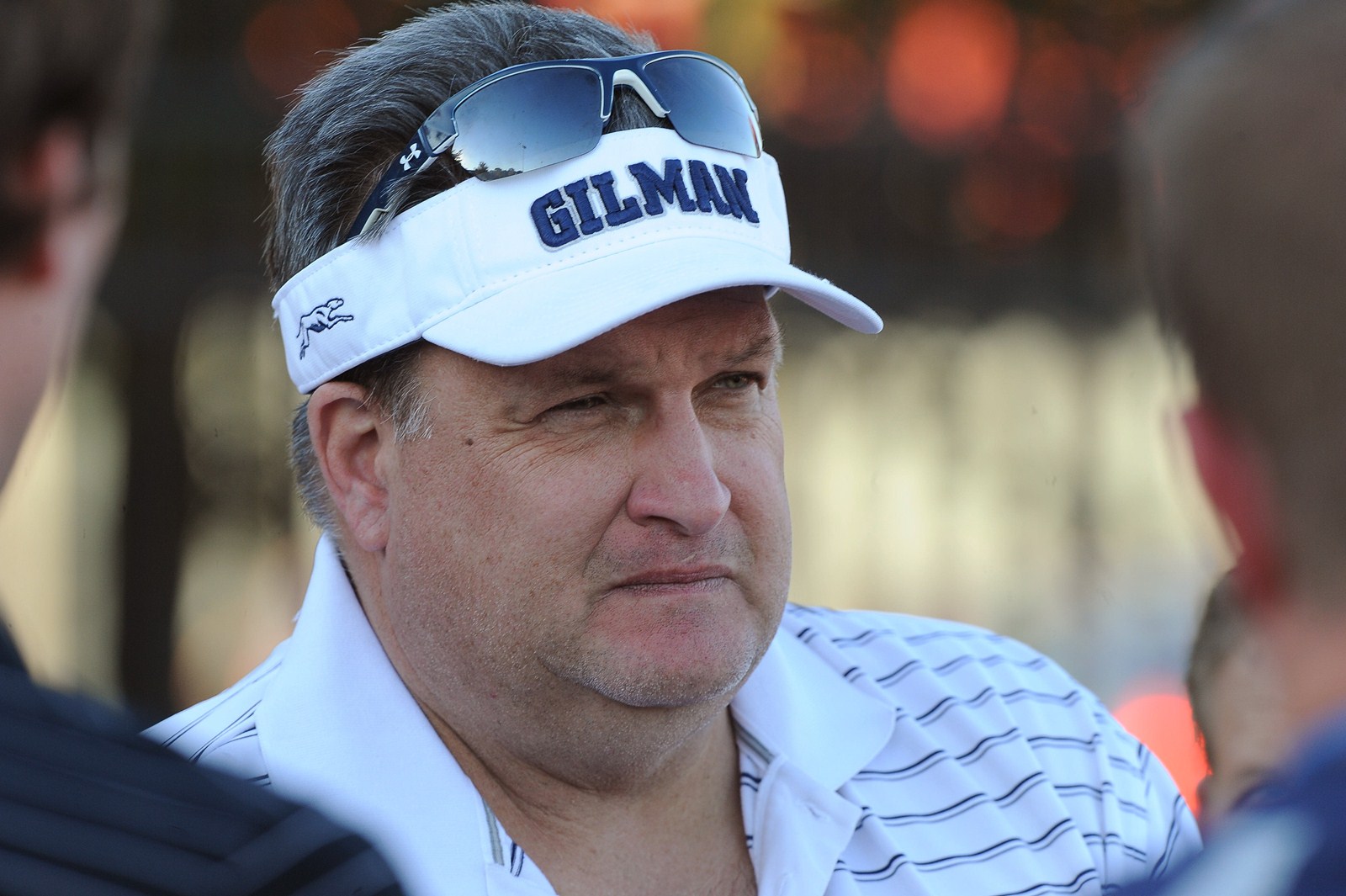 Poggi said Monday that he plans to fly to Ann Arbor on Wednesday to sign his contract. He was rumored to be close to accepting the position in the spring but told The Baltimore Sun he had not made up his mind at that point.

Poggi's youngest son, Henry, is a Wolverines fullback with two years of eligibility remaining, and his daughter, Mellie, is also at Michigan.

“I felt like if I was ever going to do it, this is like the sun, the moon and the stars have lined up, and I really am very comfortable with Jim and the coaching staff,” Poggi said.

Poggi's job will be to advise Harbaugh on strategy and organizational structure. His is not a coaching position, and he won't be coaching the players, coaching the team or recruiting, according to Michigan's job description.

Having to give up contact with young players who are potential recruits was a big consideration for Poggi, who no longer can call high school players, including those at Gilman he coached for several years.

Poggi, 56, said he's not sure how long he will stay with the Wolverines, although he initially said he would stay for a year and reassess. He does hope to return to Baltimore at some point and coach at St. Frances, where almost all his Greyhounds staff has moved.

Another problem for Poggi was his large role in funding St. Frances' program from the beginning. He also paid tuition for a number of students at Gilman and at other schools. As an NCAA coach, he no longer could cover the cost of such things.

“I had to hire a lot of lawyers and go through the complete compliance check to where I have to follow and obey exactly the rules,” he said. “For example, I just can't go watch a high school football game, which I've done for 30 years. I can't call a kid on the phone. I know all these kids, the Gilman kids and other kids, too. I just can't go, ‘Hey, how you doing?' I can't text them. I have to be careful how I reply to a text from them. My life is completely different than how I lived it over the last 30 years.”

Poggi said he wants to see how another program is run and how football maintains its importance at a university with some of the top academic programs in the world. He wants to learn how to keep players focused on the opportunities they have to use their football ability to get a good education and, for many, change the trajectory of their lives.

“If I can learn different or additional skills about how you keep those kids at an older level from diverse backgrounds, keeping their eye on what this is all about, it will help definitely with the younger kids who are not as set in their ways,” he said.

He has been disappointed that some schools, including Gilman, he said, have been looking at their football programs “as a burden.”

“Football is a very important avenue for a lot of kids to improve the trajectory of their lives,” Poggi said, “and it's not something bad to take a kid who's from a different part of town ... and give him an opportunity, because he's a great football player, to experience something that others can experience just because they are born in a different ZIP code.”

“I'm sure it has a lot to do with money, but I also think it has a lot to do with culture,” Poggi said. “I think they understand the value of football, not only for the kids that are playing and the opportunity it gives kids from all over the country to change the trajectory of their lives, but I know Michigan understands this: If you take the football program out of that university, it's a fundamentally different experience for every student who's ever gone there, and I want to find out what that DNA is and that culture, because I'm afraid that around here, we're losing it.”

A former Gilman football player, Poggi led the Greyhounds to 13 Maryland Interscholastic Athletic Association A Conference championships. Last fall, the Greyhounds were No. 1 in The Baltimore Sun rankings and ranked as high as No. 13 nationally.

PREVIOUS ARTICLE
Article 75 of 89
NEXT ARTICLE