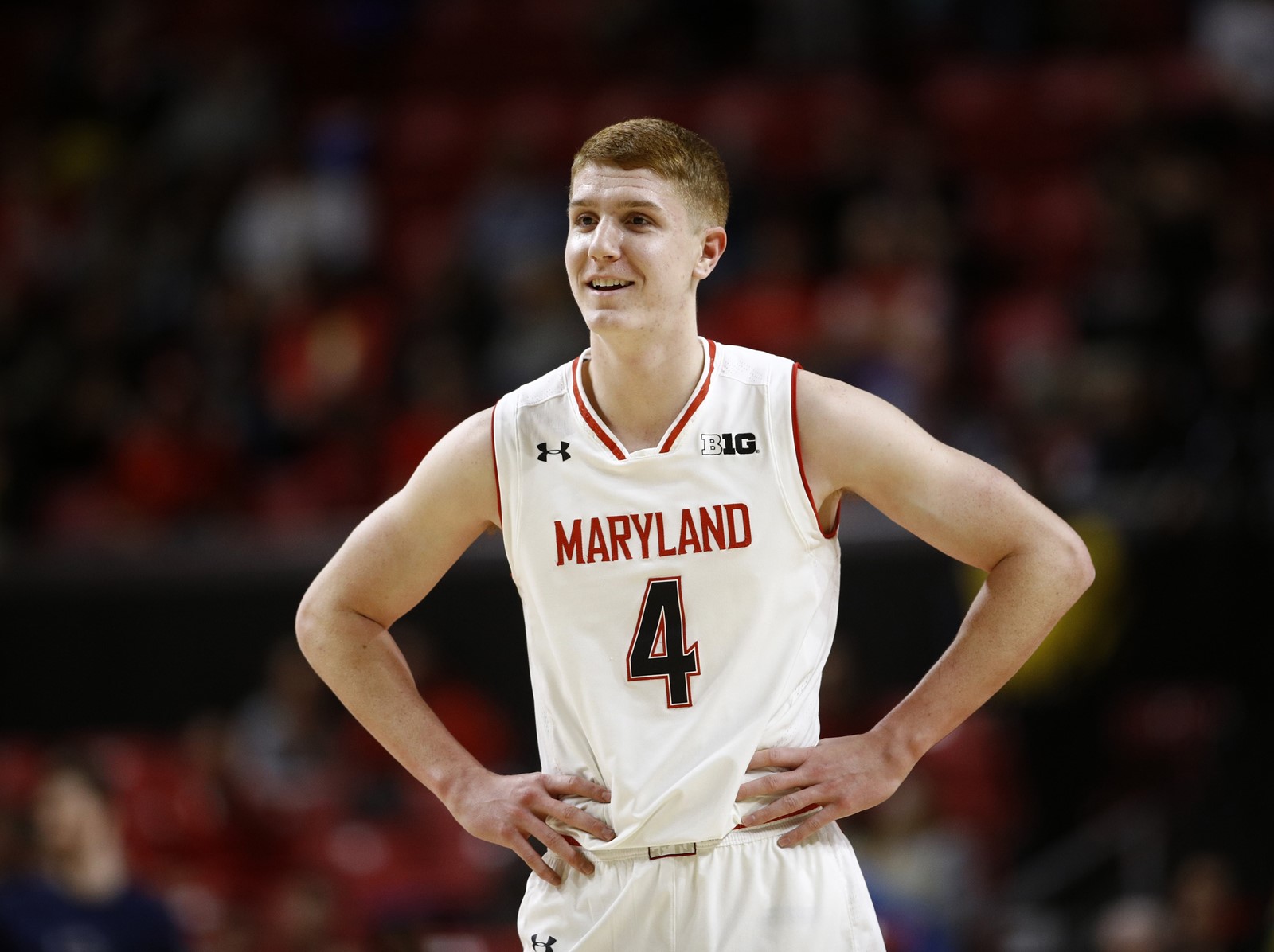 But the former Terps standout will be watching and waiting closer to home, his father, Tom, said. Huerter will take in the draft with family, friends and neighbors at a local country club near his home in Clifton Park, N.Y., over 170 miles from Brooklyn.

Twenty prospects will attend the draft in the green room, from projected top overall pick and Arizona center to Villanova guard , who like Huerter is seen as a mid- to late-round pick.

Sports Illustrated reported Thursday there’s a the Los Angeles Lakers have promised to take Huerter with the No. 25 pick, but he also has been linked to the Utah Jazz (No. 21 overall).

“I think he’s going to be a really, really good NBA player,” Maryland assistant coach . “He’s got terrific size, terrific athletic ability. He doesn’t need the ball to impact the game. He’s a great student of the game, and he’s got great character. He’ll always try to outwork his competition, and he’s going to listen to his coaches. And then he’s got that skill that every team wants and needs. He can really shoot it.”

Huerter recently had surgery on his right hand and will be out two months, causing him to miss summer league play, according to a source.

The Maryland and Loyola Maryland men’s basketball teams will meet for the first time in 15 years this winter, according to a source with knowledge of the situation.

The Terps will host the Greyhounds on Dec. 11, one of three reported nonconference games for Maryland next season against in-state opponents. Navy and Mount St. Mary’s also will face the Terps.

stepped down as Loyola Maryland coach in March after five seasons at the helm. Former Georgia Tech assistant takes over a team that finished the season ranked among the 30 worst in the country, according to KenPom.com, but returns three of its top five scorers.

Loyola Maryland will take part in the 2018 Legends Classic presented by Old Trapper, playing a pair of road games before taking part in a four-team tournament in November.

The Greyhounds will face St. John’s and Temple on their home courts Nov. 6 and 16, respectively, before heading to Michigan to play in the four-team mid-major tournament that is part of the event.

Detroit Mercy will host the tournament and face Loyola in the first round on Nov. 19 with Bowling Green and Hampton meeting in the other contest. Winners and losers of the games will then play on November 20 in the Motor City.

PREVIOUS ARTICLE
Article 76 of 83
NEXT ARTICLE