‘Rough rides' could be banned 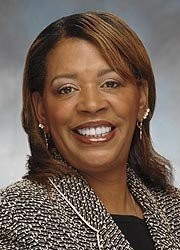 Maryland lawmakers are considering legislation that would prohibit law enforcement officers from giving “rough rides” to prisoners, meant to hurt them during transport.

A bill proposed in the General Assembly would require all prisoners to be secured with a seat belt while being transported, a precaution proponents say could have prevented the mortal injury Freddie Gray suffered while handcuffed and shackled but unbelted in the back of a Baltimore police van last April.

While a police investigation found no evidence that Gray received a deliberate rough ride that bounced him around the back of the van, prosecutors have suggested in court documents that they intend to make that case in a trial of one of the Baltimore police officers charged in his death. All six officers have pleaded not guilty.

Sen. Joan Carter Conway, the Baltimore Democrat who is sponsoring the bill, said it's “common sense” to put prisoners in seat belts. She proposes fining officers $10,000 if an unsecured prisoner is seriously injured or killed while being transported.

Gray's death, and the unrest that followed, has inspired more than 30 pieces of legislation in the current legislative session. Many of the bills seek to address the underlying distrust between poor black communities and the officers who police them. But a few take on circumstances associated with Gray's death.

Lawmakers have proposed legislation that would force every jurisdiction in the state to install seat belts in police vehicles, make it a crime not to seek medical help for a detainee, mandate video recording inside vans and require police to put helmets on prisoners.

The Senate Judicial Proceedings Committee has scheduled a hearing for the rough rides bill and other police-related legislation on Tuesday.

Baltimore police have lost several lawsuits — some with multimillion-dollar awards — that alleged detainees were hurt during rough rides. In 2005, the relatives of Dondi Johnson Sr. won a $7.4 million court judgment because he was paralyzed and later died after a police van ride that left his neck fractured.

Conway says she was a bystander to an accident outside her office in 1999, was accused of impeding medical help to the victim of the crash, and was taken to Central Booking in Baltimore.

She says no charges were filed. There's no court record of the incident.

She dismisses the incident as a misunderstanding. But she said the she's “heard all these horror stories” that result in costly judgments against the city.

“There are so many people” alleging rough rides, Conway said. “It's a liability to the city, and to me it's a dereliction of duty.”

It's Baltimore Police Department policy to belt in detainees, though it was not done in Gray's case, and the state's police union supports the concept of making it law.

“We understand it totally,” said Vince Canales, president of the Maryland State Fraternal Order of Police. Leaving people unbelted in the back of transport vans “goes against common sense,” he said.

But Canales objects to the $10,000 fine, he says, because it assumes injuries suffered by passengers would be the law enforcement officer's fault.

“It's almost guilt before innocence,” Canales said. “You're not able to defend yourself.”

Republican Senate Leader J.B. Jennings says he is not aware of any lawmakers planning to vote against the measure. But he says law enforcement officials have told him they were concerned a detainee could grab for an officer's gun while being belted into a van.

The city already is putting into place some measures pushed by lawmakers.

Baltimore officials voted last week to pay a Florida company $187,000 to install a system that records what happens in back of the Police Department's 23 transport vans.

Another bill pending in Annapolis would require video and audio recording in the back of every police transport vehicle in the state.

The state Department of Legislative Services found such a requirement would be costly to local governments, and some colleges that have their own police forces.

Harford County, for instance, would need to spend $800,000. Montgomery County put the cost of outfitting all 1,486 vehicles in the Police Department's fleet — including patrol vehicles — at $6.1 million.

A review by The Baltimore Sun in May found most jurisdictions in the state use transport vans that don't have seat belts. Some jurisdictions said they considered adding them, and another bill pending in the legislature would require them.

The Maryland Association of Counties opposes the measure unless every jurisdiction gets to set its own policy about how to transport detainees safely, particularly because few use vans of the sort police used to transport Gray.

“Let the Somerset County sheriff's department, whose work is different than the City of Baltimore, have its own policy,” MACO executive director Michael Sanderson said. “We're wary of a one-size-fits-all solution, particularly when there are concerns about officer safety while buckling people in.”

Del. David Moon, a Montgomery County Democrat, introduced a bill that would make it a crime for a police officer to fail to seek medical help if a detainee requests it — another issue central to the Gray case.

But Moon said he withdrew the bill because legislative debate was focused on administrative complaints and discipline for police brutality, not criminal charges for the officers involved.

“Next year I plan to revive the conversation on when criminal charges are warranted in police abuse cases,” Moon wrote in an email. “Hopefully next session we will have the benefit of seeing outcomes in all the Freddie Gray cases, to help inform our discussion.”

Other lawmakers have proposed a low-tech solution: requiring every police officer to put “protective headgear” on shackled detainees when a seat belt isn't available. Maryland state police estimated helmets with a face shield would cost more than $300 apiece.

“It's a dangerous situation when you can't save yourself,” said Del. Curt Anderson, the Baltimore Democrat who chairs the city's House delegation. He is a co-sponsor of the helmet bill, which was introduced by Republican Del. Glen Glass of Harford County.

“If someone's going to be in the back of a police van, hands handcuffed, legs shackled — maybe or maybe not buckled — they ought to have a helmet on,” Anderson said. “You don't have to spend a lot of money on the helmet.”

Article 1 of 71
NEXT ARTICLE