Mckesson is arrested at protest in Baton Rouge

Vigil held in Federal Hill for police as others march 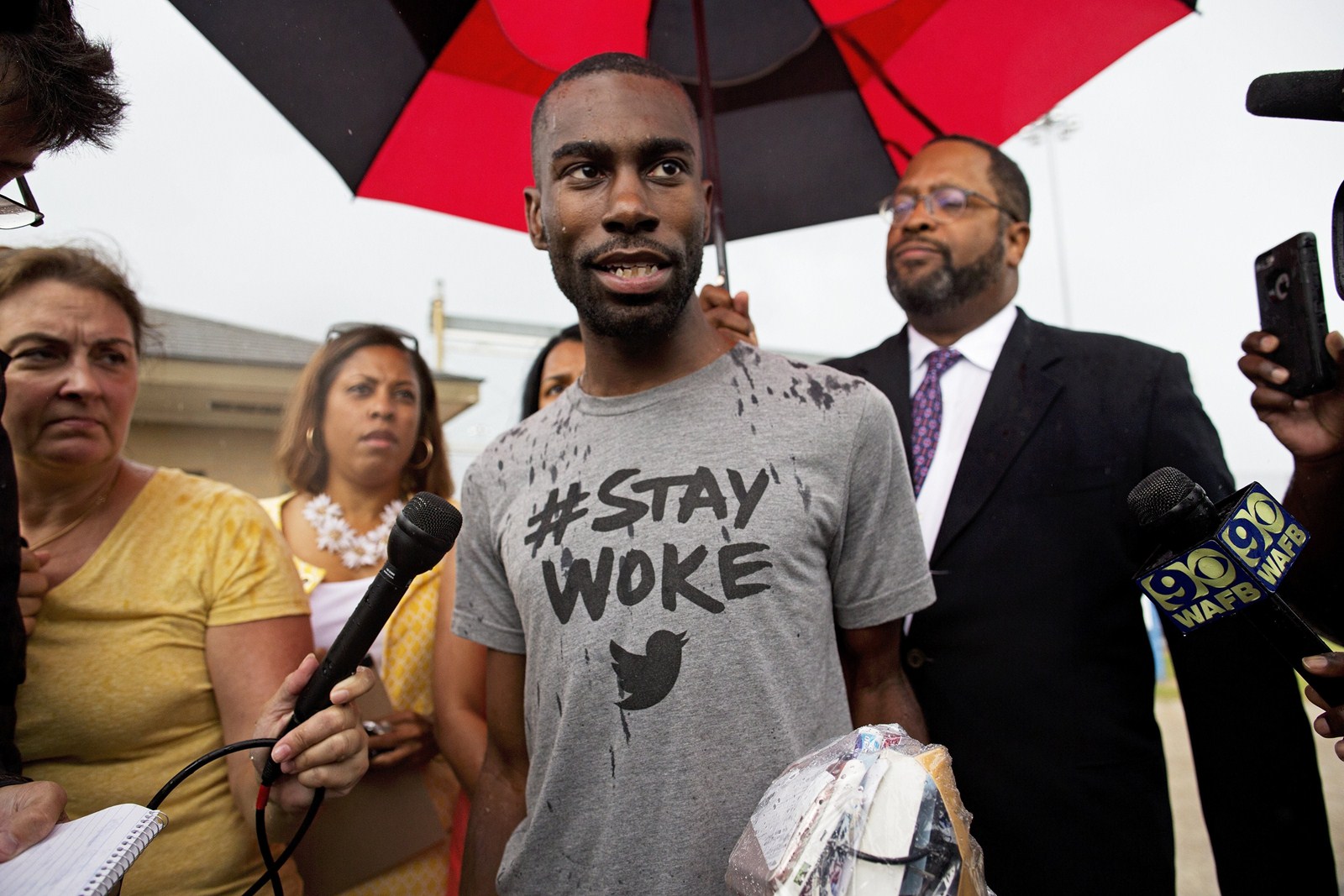 DeRay Mckesson, the civil rights activist who took a top administrative job with Baltimore's public school system after an unsuccessful mayoral bid, was among more than 100 arrested in Baton Rouge amid nationwide protests against police brutality.

Mckesson said he believes his arrest was unlawful and that his actions were in line with his mission, personally and professionally, to “make sure that we all live in the best world possible.” City school officials said Mckesson was acting as a private citizen.

“I have a strong commitment to justice and equity across all sectors, namely police and state violence and education, and those commitments are not in conflict with each other,” Mckesson said after his release on Sunday.

The deaths last week of two black men at the hands of police officers in separate incidents in Louisiana and Minnesota, as well as the killing of five police officers in Dallas in apparent retribution, continued to resound in Baltimore and around the country.

On Sunday night about 50 people held a candlelight vigil in Federal Hill for the slain officers, and hundreds of protesters who decried the deaths of Philando Castile outside St. Paul and Alton Sterling in Baton Rouge marched through downtown Baltimore Friday and Saturday nights.

On Tuesday, two Baton Rouge police officers fatally shot Sterling outside a convenience store in an incident that was captured on video. On Wednesday, an officer shot Castile during a traffic stop as he reached for his wallet, according to his girlfriend, who live-streamed video of the aftermath on Facebook.

Then on Thursday, five police officers were fatally shot and others were wounded during protests in Dallas. As gunfire rang out, crowds of people fled and the chaos appeared on TVs around the country. Dallas authorities said Micah Xavier Johnson, 25, an Army veteran, opened fire out of anger toward white officers.

Karen Walker, a 37-year-old homemaker from Glen Burnie, founded the Facebook group Stand Up For Baltimore City Police after last year's riots following the death of Freddie Gray, who suffered fatal spinal injuries in the back of a police transport van. She organized the vigil on Sunday.

“I'm not saying all cops are good,” she added. “I don't agree with what happened in Baton Rouge and Minnesota.”

Wearing blue T-shirts and holding tall, white candles that flickered in the evening breeze, those who attended fell silent as Oliver Groman, who came from Pennsylvania, read the names of those Dallas officers killed.

Teri George, a Northeast Baltimore mother who worries about her son, a 25-year-old Baltimore police officer, held a homemade sign that read: “We stand with you Dallas.”

“It's hard as a mom for your kids to go and suit up every day,” she said.

Meanwhile, protests were staged around the country.

In the biggest confrontation between police and demonstrators since Castile's shooting, about 100 people were arrested late Saturday in St. Paul during a highway standoff and in other parts of the city. More than two dozen police officers and state troopers were hurt. Police Chief Todd Axtell called the pelting of officers with rocks, bottles, firecrackers and other objects “a disgrace.”

In Baton Rouge, protesters rallied Saturday at the police department, the state's Capitol and the store where Sterling was shot. The demonstration outside the Baton Rouge Police Department was tense as protesters faced off with police in riot gear.

Shouting “No justice! No peace!” a few hundred protesters gathered, waving signs as passing cars honked their support. Some drivers stopped with bottles of water.

Mckesson, who turned 31 on Saturday, was arrested on one count of obstruction of a highway, which is a misdemeanor, as he was walking along Baton Rouge's Airline Highway. In a widely circulated photo of his arrest, the Baltimore native is seen on one knee, wearing a T-shirt reading “#StayWoke” — a Twitter hashtag used to urge awareness of the political, social and cultural realities facing minority communities.

Roy Rodney Jr., a Louisiana attorney for Mckesson, said the activist was “wrongfully arrested, excessively charged and overly detained as a result of the exercise of his fundamental and constitutionally protected right to free speech.” Rodney urged prosectors to “reconsider.”

Mckesson denied that outsiders caused problems in Baton Rouge. He said he traveled there because, when protesting in Ferguson, Mo., in 2014, he and others “made a commitment then that we would stand with [people in other cities] when the time came, and I keep my commitments.”

Mckesson said he planned to be back at work on Tuesday.

Mckesson first landed on the national stage two years ago when he took a leave of absence from his job as senior director of human capital in the Minneapolis Public Schools system to protest the shooting death of 18-year-old Michael Brown in Ferguson.

He founded and leads We the Protesters, a group that advocates policy changes to stem police violence, and has won praise from President Barack Obama and Secretary of State Hillary Clinton.

He was named to Santelises' cabinet last month. In his new role, Mckesson is earning $165,000 as the city school district's chief of human capital.

He manages a budget of $4 million and 56 employees.

Jamira Burley, Amnesty International's manager for gun violence and criminal justice reform, said she protested alongside Mckesson in Baton Rouge. They intended to follow police orders, she said, but police “bum-rushed” and “tackled” him within moments of telling them to stay off the highway.

Protests continued Sunday. Authorities in Baton Rouge say 30 to 40 people were arrested at an unscheduled protest. They were part of a group of 100 to 200 that moved toward Interstate 110 until officers moved them back.

Finally after warnings, officers in full riot gear arrived corralled and began arresting some protesters, while others fled.

PREVIOUS ARTICLE
Article 3 of 75
NEXT ARTICLE