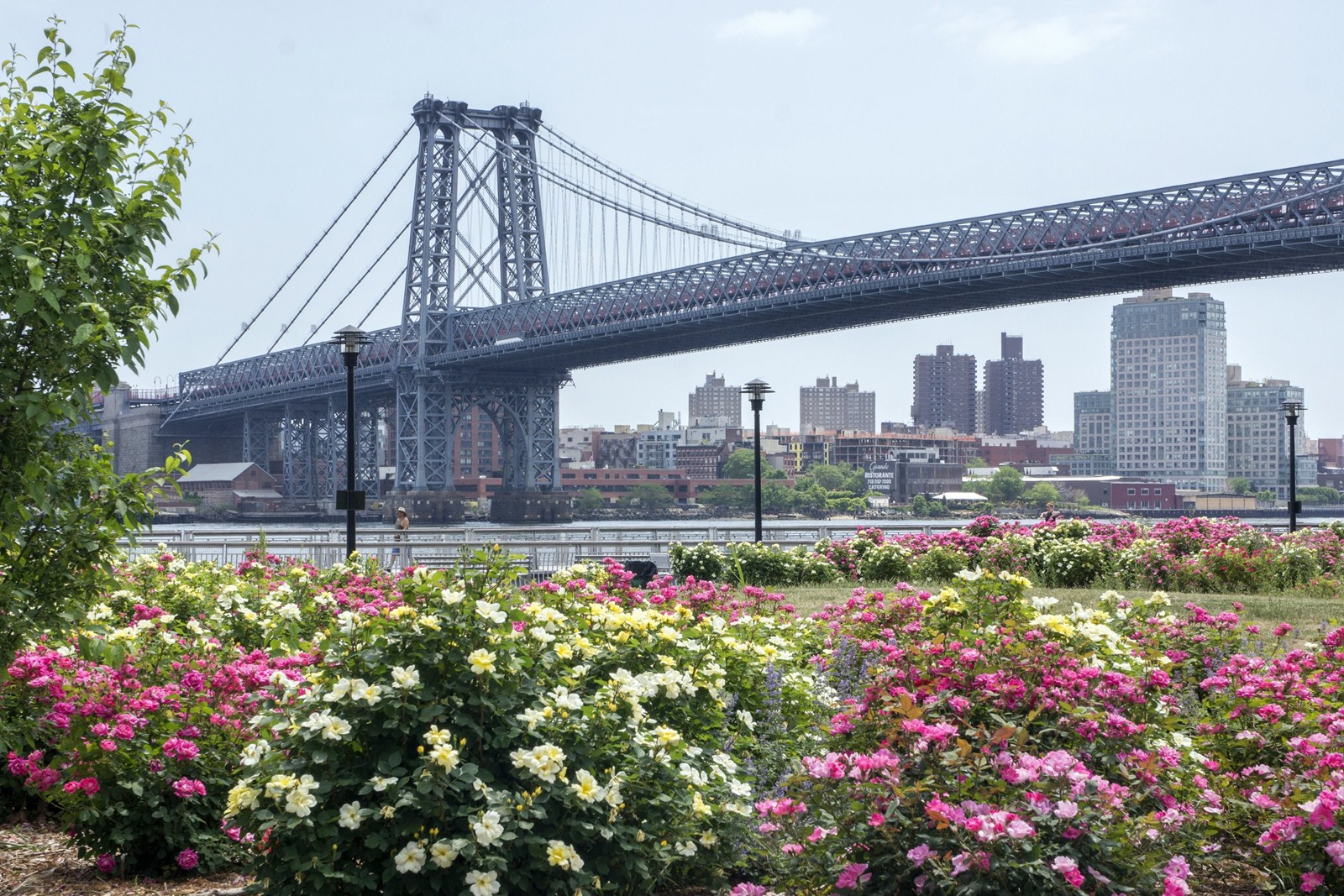 Greenery-lined waterfront promenades and gemlike “pocket parks” have sprung up around New York as part of an urban gardening boom. (Monacelli Press photos ) 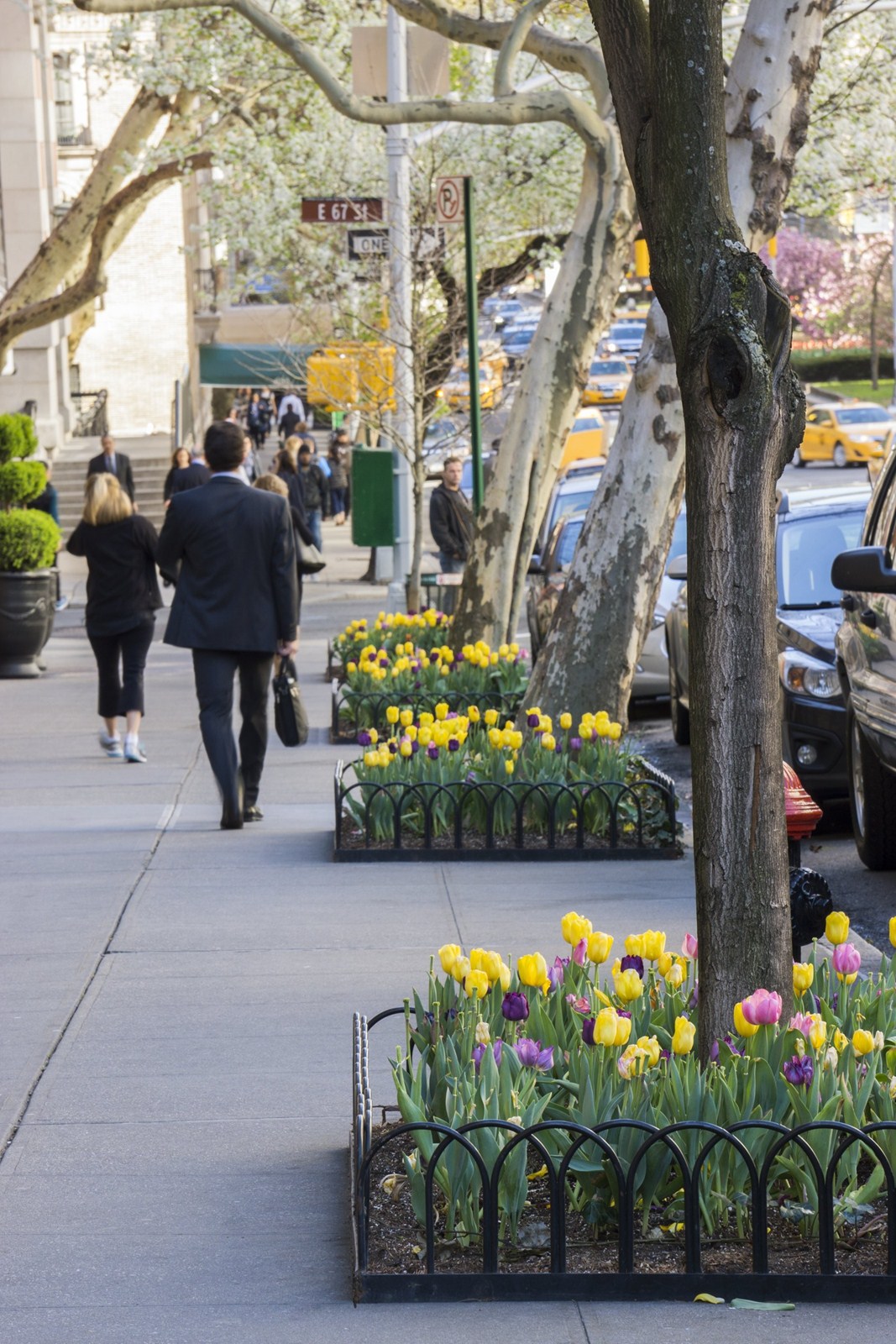 Across the country, urban landscapes known for concrete and glass have been embracing foliage and flowers. And not just the occasional geranium-filled flower box.

“I noticed it all of a sudden one day while walking to the Metropolitan Museum of Art,” said photographer Betsy Pinover Schiff of New York City. “It was just a 25-block walk, and for some reason I noticed the gorgeous tree beds in front of a building. And then I noticed the tree beds in front of the building next to it. Each block seemed to be in competition with the next, with these stunning flower beds and dramatic flower pots in front of the entryways. New Yorkers clearly love to enter and exit their homes and offices through gorgeous garden spaces.”

There are sidewalk gardens across the city, Schiff discovered as she wandered further.

“In the city, a garden can be found in something as small as a window box or potted plants on a stoop. And the plant palette is now more diverse, expanded to include perennials and grasses with four-season interest,” Schiff said.

Urban gardening isn't just hot in New York, of course. Detroit has begun replacing abandoned buildings with green areas to counter urban blight. A nonprofit, Greening of Detroit, has joined forces with one neighborhood, Osborn, to transform vacant lots into outdoor education centers. In Atlanta, an ambitious Beltline project aims to convert 22 miles of railway beds into a biking and pedestrian loop and streetcar line.

The greening of cities reflects both public and private initiatives.

“Our phones are ringing off the hook with people who want to start a garden or join a garden or learn about gardening,” he said.

Nevin Cohen, a professor at the City University of New York's graduate school of public health, said cities' efforts include “everything from green roofs to bioswales — landscaped mounds on median strips or along roadways and sidewalks that help stormwater percolate into the ground instead of running into the sewage system.”

In New York, he said, the Department of Environmental Protection has financed many large, planted tree pits or green areas along sidewalks to prevent water overflow.

“An increasing amount of funding earmarked for water and sewage is being spent on green projects,” Cohen said. “It's much cheaper for cities than retrofitting the sewage system and is hugely popular with residents.”

Another benefit of green space is encouraging more physical activity and healthier eating. The Via Verde Greenway in the Bronx, for example, features a rooftop garden and apple orchard.

Schiff said New York has seen more than 800 acres of parkland added in recent years, including major waterfront developments, and the MillionTreesNYC campaign helped bring about a 30 percent increase in street trees. At the same time, she says, private funds for public parks have also grown significantly, to groups such as the Central Park Conservancy, the Friends of the High Line and the Battery Conservancy. Mayor Bill de Blasio has funded a community parks initiative to rehabilitate parks in lower-income neighborhoods.

Among New York's loveliest yet most overlooked gardens, Schiff recommends:

Green Acre Park, a pocket park on East 51st Street in Manhattan featuring a cascading, 25-foot waterfall and trees. “When you sit right in front of the waterfall, the sounds of the city are drowned out, and it's almost like you're at Yosemite,” Schiff says.

The Conservatory Garden in Central Park is “a splendid garden, featuring elegant French, English and Italian gardens and all kinds of gorgeous trees that can be enjoyed without ever leaving Manhattan,” she says.

PREVIOUS ARTICLE
Article 112 of 196
NEXT ARTICLE