Sharing her passion for music on a broad scale

Anna Binneweg has been a trailblazer in making 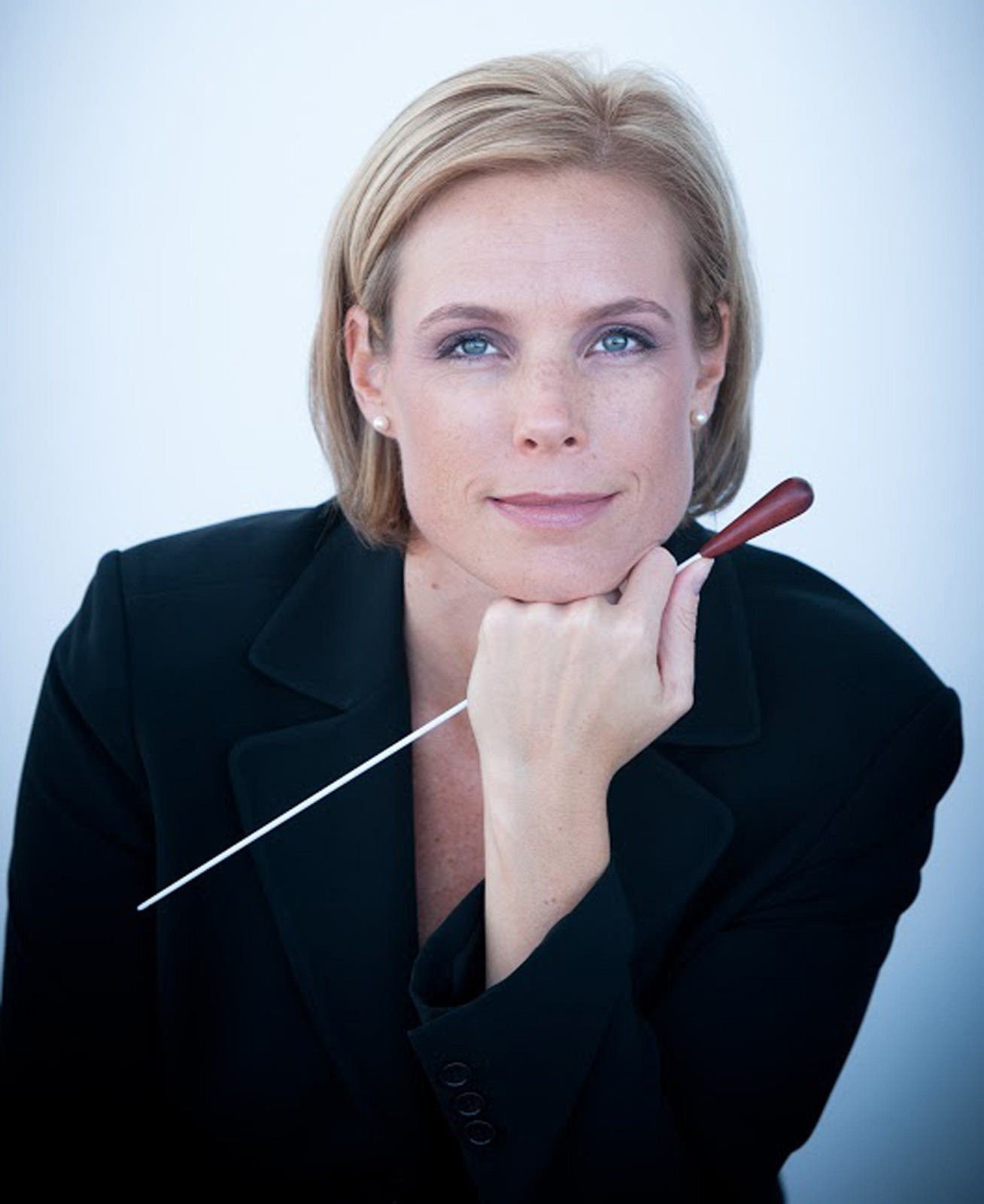 Anna Benniweg is one of three women conducting orchestras in Maryland. ()
PREVIOUS IMAGE

When it comes to the music scene in Anne Arundel County, Anna Binneweg has been carrying the baton — figuratively and literally — for more than a decade.

Through her work as music director and conductor of Anne Arundel Community College Symphony Orchestra and the Londontowne Symphony Orchestra in Annapolis, the 42-year-old Binneweg has not only been a trailblazer in making orchestral music accessible to county residents, but in solidifying her role among female conductors.

“Dr. Binneweg is one of the most talented, clear, and hard-working and inspiring conductors I know,” said Douglas Byerly, former music department chairman and current coordinator of music at the Anne Arundel Community College — who hired Binneweg in 2007.

“That she is a young female conductor is inspiring to students who work with her,” he said. “She is a model for women in our industry.”

A 2014 report by the classical music industry website, Bachtrack, said that of the world’s 150 top conductors, only five were female. Although women professional symphony orchestra conductors remain a rarity, Maryland actually boasts three — in addition to Binneweg, the state has most prominently the first woman conductor of a major U.S. orchestra, Marin Alsop, Baltimore Symphony Orchestra’s music director since 2007; and also Elizabeth Schulze, music director and conductor of the Maryland Symphony Orchestra.

And historically, Maryland’s women conductors have also included Gisele Ben-Dor, who served with the Annapolis Symphony Orchestra for six years until spring 1997.

Binneweg said she was never particularly affected by gender barriers as she pursued her own passion for music. She recalled that at Northwestern University, where she obtained a doctorate in orchestral conducting, “half the class was female in 2002-2006.”

“I was very aware of [gender gaps] in this industry,” Binneweg said. “When they do surface on rare occasion for me personally, I just ignore them and march on with passion and enthusiasm for what I do.”

Binneweg was selected for the National Conductors Institute in 2005. That same year she became a cover conductor for the National Symphony Orchestra, and in August 2007 she joined the faculty at Anne Arundel Community College, becoming a tenured associate professor of music.

Byerly said gender was certainly not a factor when Binneweg joined the campus — her overwhelming strength as an applicant was clear, and her impact at the college has been infectious in spreading a love of music.

“I am continually impressed with Anna’s ability to connect with professionals, students, faculty, community members and amateurs and truly make music that motivates performers to achieve at the highest level,” he said.

Binneweg’s tenure at the college has included a bright direction for AACC Symphony through her programming and collaborations — a memorable example being the spring 2014 concert where guitar virtuoso soloists Frank Vignola and Vinny Raniolo made their first-ever appearance with a full symphony orchestra.

The musicians responded with versatility, forming an impromptu dance line with guests that highlighted the landmark concert.

It was the type of interactive and accessible experience Binneweg says is crucial in expanding the appeal of classic music. With the community college and with Londontowne, where she has served as music director and conductor since 2008, Binneweg has established a reputation for “audience-ingratiating” programs featuring classic and contemporary repertoires.

As the orchestras grow in professionalism and collegiality, Binneweg said, it’s equally important to acknowledge the community’s preferences and build programs that educate and appeal to a wide audience.

“We share the common goal,” she said, “to build and strengthen the orchestra program by focusing on the great orchestral repertoire while reaching out to the community through music.”

In addition to her work with the two symphony orchestras, Binneweg also serves as music director and conductor of the Opera AACC.

Past appointments have included serving as a cover conductor for the National Symphony Orchestra (2005-2009); and as a conductor-in-residence for American University’s wind ensemble (2008-2009) and its symphony orchestra (2006-2007). She has also served on the national executive board of the College Orchestra Directors Association.

In addition to her local schedule, Binneweg is a busy guest conductor, in 2017 conducting four concerts — including two in Ukraine, where she communicated with Ukrainian musicians in the universal language of music.

But she learned a bit of the native language as well: Preparing for Eastern European engagements, Binneweg practices the languages with her husband, Igor Leschishin, a principal oboist of Washington National Opera, and their bilingual daughter, Sophia.

“It is important to connect with an orchestra in their native language,” she said, “even if just a few words or phrases.”

Binneweg has earned numerous accolades for her work, including a local Annie Award from the Arts Council of Anne Arundel County in 2015 and the Robert E. Kaufman Award from Anne Arundel Community College in 2014.

In addition to her focus appealing to mass audiences, Binneweg enjoys planting seeds of musical passion among students.

Next month, she and Byerly will lead the AACC Symphony Orchestra and Chorus on a performance tour of Spain with more than 60 students, faculty and community members traveling through Madrid for several performances over seven days.

Her passion for students could also be seen last month, when the Londontowne Symphony celebrated its annual Young Artist Concerto Competition with a Jan. 28 concert featuring the three winners — welcomed by an enthusiastic audience of over 900 at South County Concert Association at Harwood.

The concert ended with the three young soloists bowing together to prolonged, thunderous applause.

The audience enjoyed the classic works but the applause, too, was music to the ears of Binneweg, who has championed the competition as a showcase for young talent.

“I wanted to begin an annual statewide Young Artist Concerto Competition for Londontowne that would give all students the chance to become soloists,” she said. “And as winners, to perform with a symphony orchestra in a live concert before an audience."

PREVIOUS ARTICLE
Article 96 of 156
NEXT ARTICLE