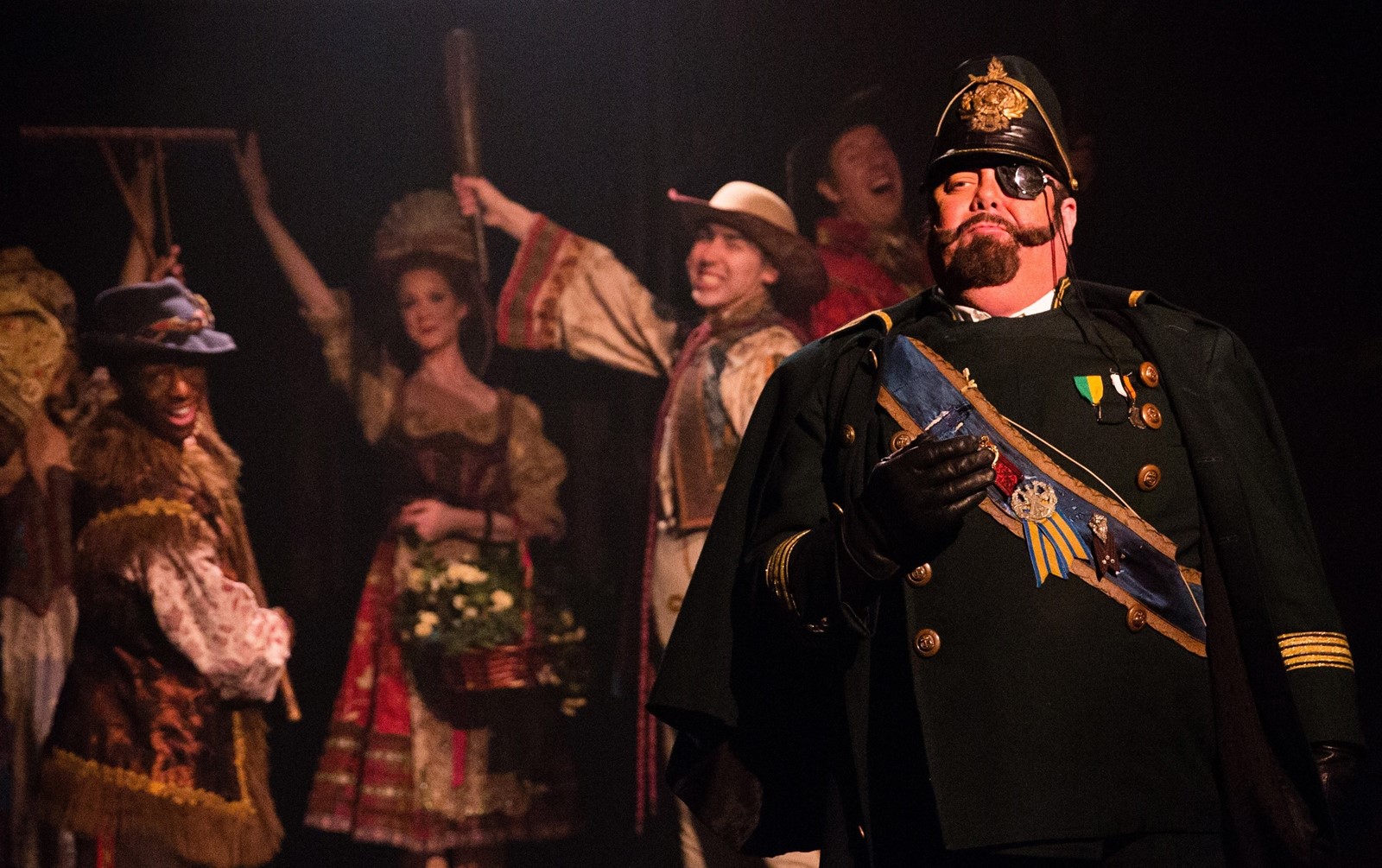 Anne Arundel County actor David Bosley-Reynolds as Inspector Kemp, with a mob behind him, in “Young Frankenstein: The Mel Brooks Musical,” a joyous show based on Brooks’ 1974 hit movie, at Toby’s Dinner Theater in Columbia. ( )
PREVIOUS IMAGE

A face familiar to Anne Arundel theatergoers is taking a turn in a “monster hit” on stage in Howard County through mid-March.

Directed and choreographed and brilliantly cast by Mark Minnick, “Young Frankenstein” is doubly enjoyable with its terrific acting and Minnick’s expert use of an in-the-round space to create bright, innovative dance numbers.

Bosley-Reynolds, who last appeared on Toby’s stage in “Miracle on 34th Street: The Musical” and has graced local stages for years, does his part to add music and comedy to this ambitious production.

His Inspector Kemp comes complete with a thick Germanic-sounding Transylvanian accent and a robotic gait from his prosthetic leg and arm. And his mellifluous baritone adds mightily to the evening’s entertainment, both in a segment of opener “A Village in Transylvania” and with a rousing “He’s Loose.”

Toby’s ensemble yields a dream cast headed by Jeffrey Shankle as Frederick Frankenstein, Alicia Osborn as his American fiancee Elizabeth, David james as Igor, Louisa Tringali as Inga and Christopher Kabara in a stunning Toby’s debut as the Monster.

For those interested in seeing a veteran of Anne Arundel theater in a show filled with music and laughter, “Young Frankenstein” continues through March 11 at 5900 Symphony Woods Road, Columbia. For tickets and showtimes, call the box office at 410-730-8311 or 800-88TOBYS, or go to

PREVIOUS ARTICLE
Article 93 of 156
NEXT ARTICLE