For dropouts, second chance at college

Programs at Morgan State and other Md. colleges entice former students to return 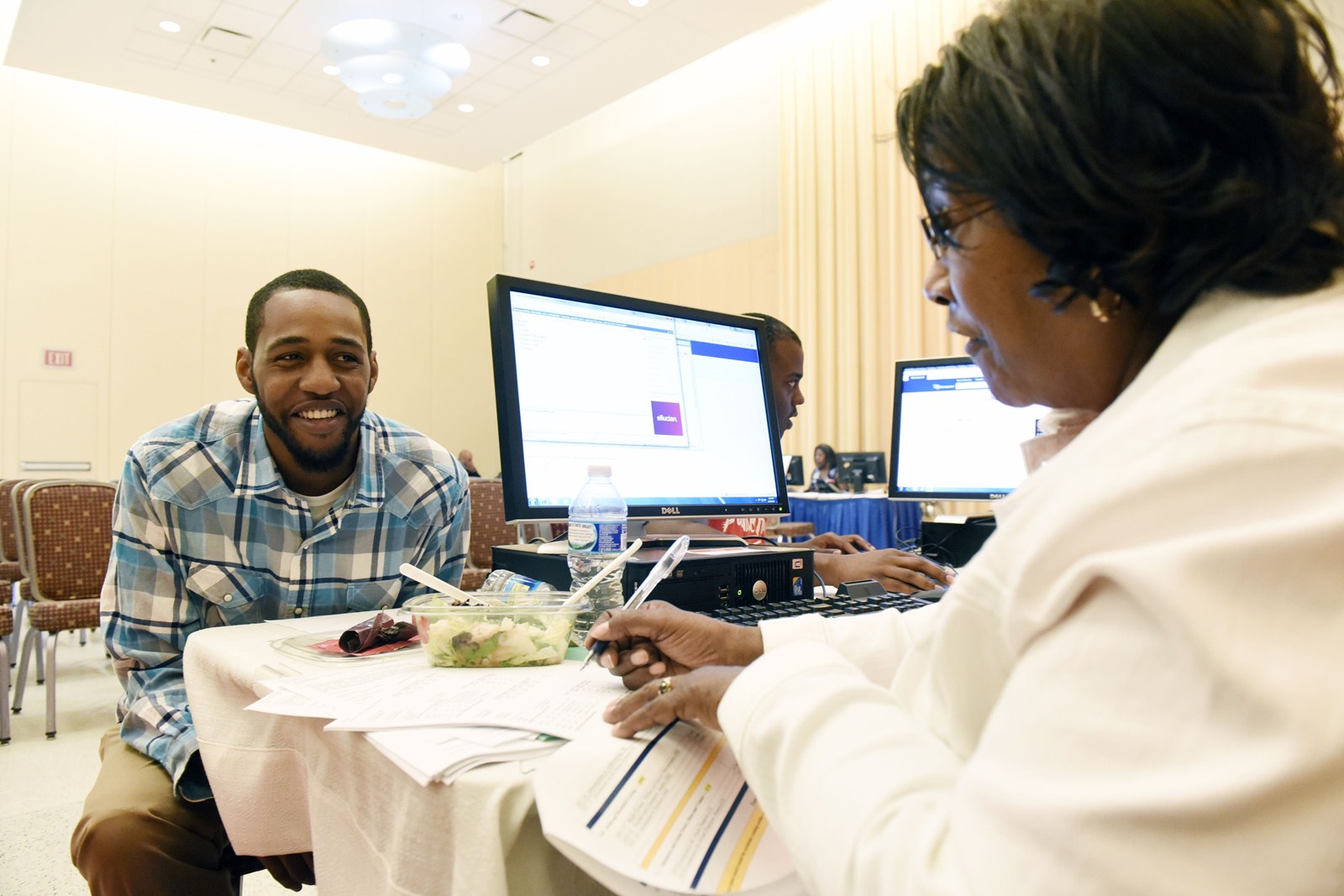 Every weekday for a few years, Malik Mosley switched from a full-time worker to a full-time student at 8 a.m., when he finished his overnight shift at an Aberdeen warehouse and drove to class at Morgan State University.

He managed that workload until a family member suffered an illness in 2013. Juggling school and work while helping to care for his family became too much to manage and he dropped out of Morgan in his junior year.

Today Mosley has a degree in finance, thanks to a program at Morgan designed to entice students who have dropped out to return and finish their degrees. The program has been embraced by the state and is now being replicated at other universities and community colleges around the state.

Students who go straight from high school to college and then finish their degrees in four years make up only 44 percent of the students at University System of Maryland colleges, which include 12 of the state's public institutions. College students in general increasingly work more hours and are more likely to have families. By intervening with dropouts and at-risk students, college administrators hope to boost their graduation numbers and help students achieve their goals.

“To have someone give you a second chance, it was what I needed,” said Mosley, 26, of Parkville.

Until recently, when students formally dropped out or simply stopped enrolling in classes, the onus fell on them to re-enroll and finish their degree. But faced with flagging graduation rates, some colleges are turning to creative methods to retain students.

Tiffany B. Mfume, director of Morgan's Office of Student Success and Retention, had just switched to a new cellphone carrier in 2009 when she got a letter in the mail from her old phone company stating “We want you back!” with a list of benefits she could get if she returned.

That pitch gave her an idea. What if Morgan could use that same strategy to lure back students who had stopped enrolling in classes?

Mfume launched Morgan's Reclamation Initiative the following year and began calling and emailing students who had stopped attending. The school also mailed them letters modeled on the one she got from the cell phone company, compete with “We want you back!” and a list of perks they could get if they returned, such as a scholarship of up to $2,500 and one-on-one help with the re-enrollment process.

The initiative started as a way to raise Morgan's six-year graduation rate, which was 29 percent in 2011. But the university has since expanded the effort to reach those who dropped out many years ago. Since 2010, about half of the 134 students Mfume reached out to have re-enrolled. Morgan's six-year graduation rate has risen from 29 percent to 31 percent. The university has a goal to raise the rate to 50 percent by 2025.

After hearing about Morgan's program, state lawmakers started a similar statewide initiative through the Maryland Higher Education Commission called One Step Away. Under that program, colleges can vie for grants of up to $75,000 to pay for scholarships to lure back students, or to pay for support staff or software to help walk students through the process of re-enrolling. The schools target former students who have less than a year left to complete their degrees and are in good academic standing.

Colleges that have won the grants since 2013 include Morgan, many Baltimore-area community colleges, Bowie State University and Notre Dame of Maryland University.

The program is aimed at a state goal of 55 percent of adult Marylanders earning a college degree by 2025. As of 2013, the latest year for which data was available, 43.6 percent of Marylanders had at least an associate's degree.

The programs at Morgan and other colleges represent a philosophic shift among college administrators nationally who increasingly are intervening based on predictive data or through programs like the Reclamation Initiative to help students who need a little extra push to complete their degrees.

“These students aren't out there sitting on the couch waiting to come back,” said Becky Verzinski, Bowie State University's assistant vice president for assessment. “They're out there working full-time jobs or raising families or serving in the military. When you understand what it is that they're facing, it makes it all the more worth it to help them return and get that degree.”

The effort personally appealed to Hans Cooper, director of records and registration at Morgan, whose mother dropped out of college decades ago and recently returned. Helping re-enroll students is the best part of his job, he said.

“You can't give me any further motivation than that,” Cooper said.

About 37 million people across the country attended college but didn't receive a degree, said Julie Ajinkya, the vice president of applied research at the Institute for Higher Education Policy in Washington. Several communities around the country, such as Greensboro, N.C., also are piloting programs to re-enroll students who have dropped out, she said.

“Not only is it helping adult learners put a stronger foot forward, but these communities are facing workforce crises,” Ajinkya said. “Industries are saying ‘we need more qualified employees, to make sure that the jobs of the future are filled.'”

Morgan hosted its third annual “Welcome Home Day” event in June to help students who'd dropped out complete the re-enrollment process and necessary paperwork with the registrar and financial aid office — in just a few hours.

Deondre Brown, 27, was there to re-enroll in engineering school. He left Morgan last year as a junior because he owed the university about $11,000 despite working two jobs on campus and at the Horseshoe Casino. He was hoping Morgan could give him scholarships to help bring that balance down.

“I came too far to just quit,” said Brown, who dreams of building a bridge one day after he graduates. “I'm not a quitter, I like to finish what I started. I would do anything to finish.”

Chandra Kennedy, 54, left Morgan in the early 1980s and came to Welcome Home Day to re-enroll.

“That chain has been around my ankle all this time,” said Kennedy, adding that her daughter is a freshman at Morgan. “I said I am not going to let her get her degree before I do.”

Melinda Edwards, who graduated from Bowie State in 2015 after re-enrolling through that university's comeback program, wasn't sure she would have returned to finish her psychology degree after giving birth to her daughter, Aniya. She left school in 2011 and returned in 2013.

“I guess getting the letter was the extra push I needed to finish,” she said.

To start the program at Morgan, Mfume identified 40 students who had left within the last year and a half, were in good academic standing and had a year or less of classes left to finish their degree.

Mfume learned that nearly all of the students left because of a life or career change; they had babies, got a new job or promotion, moved away, had a death or sickness in the family. Some had lost their financial aid or had outstanding balances on their accounts.

The one-on-one attention and the notion that the university cared about them completing college was much more important to returning students than the monetary enticements, Mfume said.

“It's just the idea that someone wants you back, is courting you,” Mfume said. “The customer service piece also goes a long way.”

PREVIOUS ARTICLE
Article 4 of 75
NEXT ARTICLE