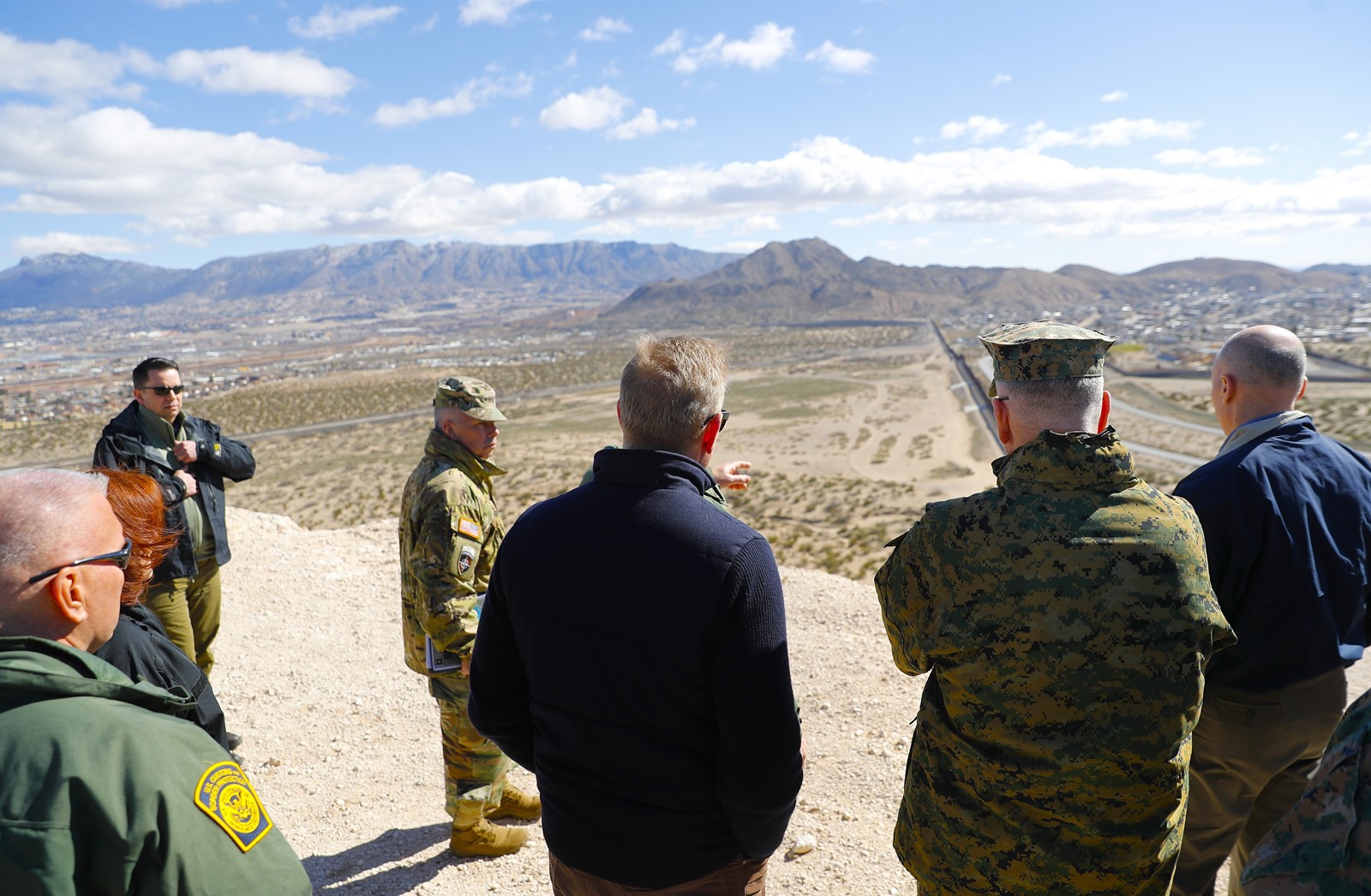 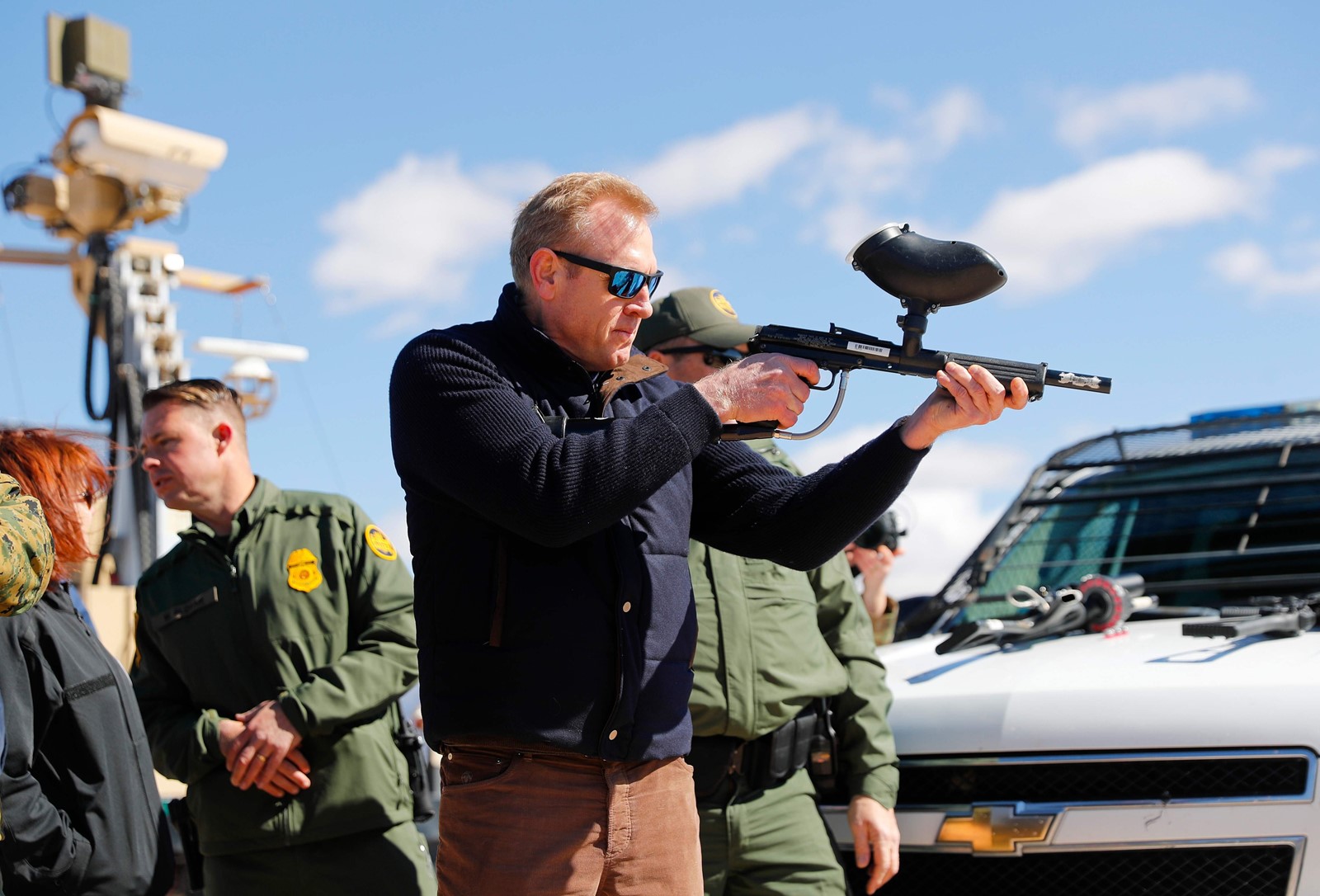 — Top defense officials toured sections of the U.S.-Mexico border Saturday to see how the military could reinforce efforts to block drug smuggling and other illegal activity, as the Pentagon weighs diverting billions of dollars for President Donald Trump’s border wall.

Shanahan and Dunford got an up-close look at U.S. Border Patrol vehicles used for surveillance. The Department of Homeland Security has requested Pentagon help in operating about 150 of the vehicle-mounted surveillance cameras, which can see as far as eight miles away.

DHS has yet to provide the details that Shanahan says he needs before making his decision on the repurposing of military construction funds. He has said he is likely to provide the full $3.6 billion the White House is expecting, plus $2.5 billion from the drug interdiction program. Trump authorized the use of these military funds when he declared a national emergency.

— Iraqi security officials say they have received custody of a second batch of 150 Iraqi Islamic State fighters from U.S.-backed forces in Syria.

Two officials, speaking on the condition of anonymity, said the Syrian Democratic Forces handed over Iraqi nationals Saturday night. The fighters will be interrogated about their participation with the jihadi group, the officials said.

The SDF has told Iraqi authorities it has captured 650 Iraqi militants in the fighting for Baghouz, an ISIS-held village in eastern Syria, according to the officials.

On Thursday, the SDF handed over 150 militants, in the first transfer to Iraq.

— Severe storms raked the South amid days of drenching rains that swelled rivers and raised the flood threat, and one confirmed tornado struck a part of the east Mississippi city of Columbus on Saturday afternoon, authorities said.

The tornado hit in a downtown area of the eastern Mississippi city about 5 p.m. CST Saturday but details of how long it remained on the ground weren't immediately known, meteorologist Anna Wolverton with the National Weather Service in Jackson told The Associated Press.

Homes, highways, parks and bridges throughout the South have been flooded or put out of commission Saturday, as the toll of days of drenching rains swelled waterways and pooled over saturated lands amid.

— Nigerian nun Veronica Openibo blasted the culture of silence that has long kept clergy sexual abuse hidden in the Catholic Church, telling Catholic leaders Saturday that they must admit their mistakes to restore trust among the faithful.

Mexican journalist Valentina Alazraki followed up, telling 190 church leaders on the third day of Pope Francis’ four-day tutorial on preventing abuse and protecting children that their collective failure to report abuse made them complicit in the crimes.

In between those admonitions, German Cardinal Reinhard Marx admitted that church files about abusers had been destroyed, victims were silenced and church procedures were ignored — all in an attempt to keep the scandal under wraps.

Nigeria starts vote count in election said to be close

— Nigeria began counting votes in a presidential election Saturday marked by an extremist attack and other killings, late-opening polling stations and a surprise loss for top challenger Atiku Abubakar in his hometown.

Observers and security forces gave reports of torched ballot boxes, soldiers firing on suspected vote-snatchers and people illegally selling their votes for as little as $1.38.

Observers had said the election was too close to call.

At least 93 people have died and 200 have been hospitalized after drinking tainted liquor in two separate incidents in India’s remote northeast, authorities said Saturday. Deaths from illegally brewed alcohol are common in India because the poor cannot afford licensed brands from government-run shops.

Police said Saturday that a man and a woman have been killed in Karachi allegedly by relatives over a perceived affront to family honor. Naseeb Khan, 25, and Bibi Dakhtar 20, were found dead with slit throats Thursday. More than 1,000 women are slain every year by relatives in so-called honor killings.

PREVIOUS ARTICLE
Article 19 of 145
NEXT ARTICLE