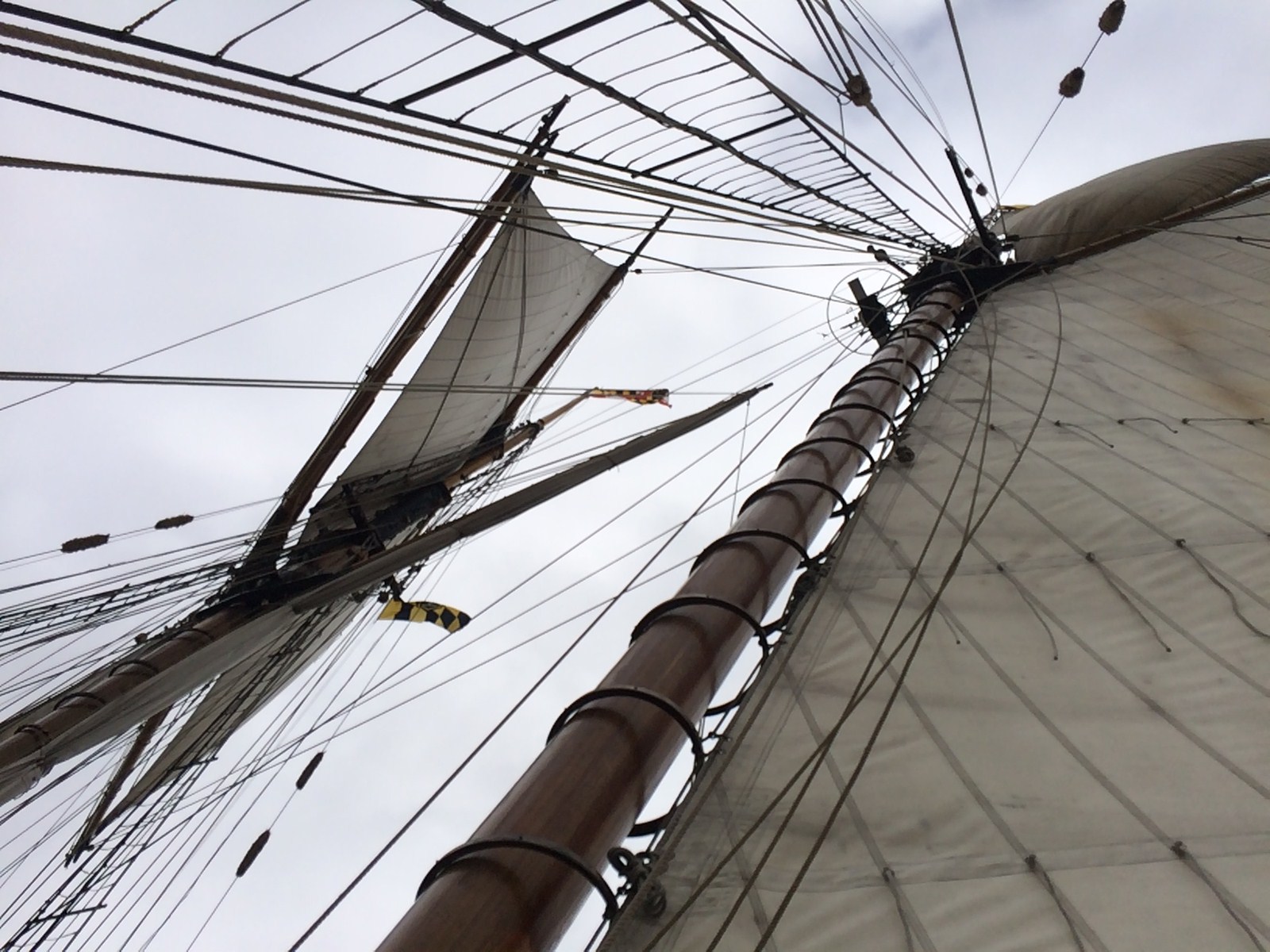 The Pride of Baltimore II returned to the Inner Harbor on Thursday. The crew welcomed visitors and won races in the Great Lakes on its voyage. ( Colin Campbell/Baltimore Sun photos ) 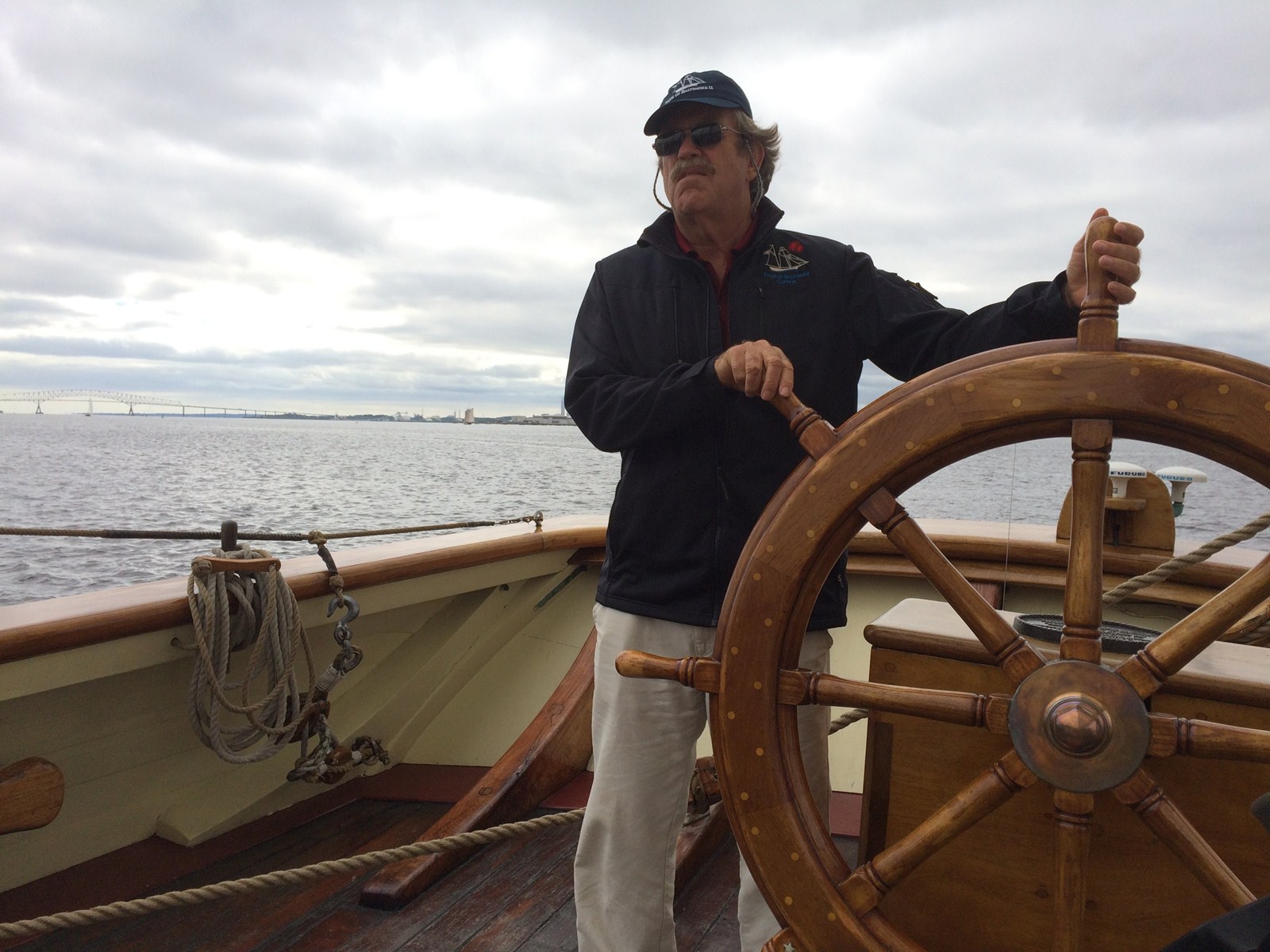 Captain Jan Miles steers the Pride II as it makes its return. Miles also sailed the original Pride of Baltimore across the Atlantic Ocean in 1985. ()
PREVIOUS IMAGE

With its cannons blasting and sails and flags unfurled, the Pride of Baltimore II returned to port Thursday after a four-month, 8,000-mile voyage — during which the crew welcomed thousands of visitors aboard and won a series of races in the Great Lakes.

“It's a substantial voyage,” Miles said. “It's a lot of work, but once we were in the lakes, the ship visited a different port every weekend to tell the story of how it is that the U.S. comes up with the national anthem that it has, ‘The Star-Spangled Banner,' created right here in Baltimore.”

The 28-year-old topsail schooner, built in the style of the old Baltimore clippers, which served as privateers in the War of 1812, goes by the nickname the “Star-Spangled Ambassador” and visits other ports to promote historical maritime education and the economic interests of Maryland.

Crew members climbed the rigging, yanked the lines to let out the sails and fired cannons as the ship passed a group of spectators gathered on the lawns at Fort McHenry. A Baltimore City Fire Department vessel led the ship into the harbor with a water salute, and other boats sounded their horns to welcome the Pride II home.

Thursday's sail from anchorage near Rock Hall marked the end of a voyage that took the Pride II to Toronto; Erie, Pa.; Chicago; Green Bay, Wis.; and Duluth, Minn., among other ports.

“We had a very successful, busy summer telling the story and sharing experiences on the boat with day sails,” Miles said.

Jordan Smith, the ship's other captain, has a background as a professional racer, so his favorite part was a series of five races, one in each Great Lake.

“It's basically an opportunity to sail the boat really hard,” Smith said. “When you're in a race, you tend to push that much harder. Everyone gets into it.”

The Pride II won three of the races against about a half-dozen other ships of its size, and placed second and third in the other two, enough to win the overall series, Smith said.

The crew got into the races and celebrated accordingly when they won, he said, although there is a strong tradition of sportsmanship in competitive sailing. “No trash-talking,” he said.

During the trip, Philip Keenan, the ship's cook, said he normally woke up about 5 a.m. to start a pot of coffee, then came up to the deck to watch the sun rise before waking the crew.

Life aboard the Pride II is mostly dictated by a slew of daily tasks that need doing, he said.

“It's a tremendous opportunity to stay present and to be in the moment, because that's all there really is,” Keenan said. “When you're at sea, there's no real sense of linear time, so it's a routine and you get into the routine, and before you know it, a week's gone by, and you're someplace else.

“It's a totally disconnected kind of reality from life on land. I find that interesting.”

Despite the races and hectic summer festival season in the Great Lakes, “it was a pretty relaxing voyage,” said Chad Lossing, the Pride's first mate.

“We had some motoring through the river, and then we had some really good sailing,” he said. “It got us ahead of schedule, so we were able to take a day or two of respite and maintenance in preparation for arriving into Baltimore.”

The crew enjoyed their time aboard, drinking together and sometimes playing the board game Settlers of Catan, Lossing said. (He said he won all three games this voyage, but he's not sure whether they let him win because of his rank.)

Sailing and maintaining the Pride II is difficult and leaves the crew exhausted, Lossing said. But it's worth it for the sense of accomplishment.

“It's not as romantic as y'all think it is,” Lossing said. “It's a lot of hard work, a lot of long days, but it's what we love to do, so it is very rewarding in that sense.

“When you're doing long days of sanding all day, then it gets to be tiring,” he said. “But in the end, it's very rewarding to see what you've done to the boat and how you've made it look better and how you're keeping it going for however much longer.”

PREVIOUS ARTICLE
Article 6 of 90
NEXT ARTICLE