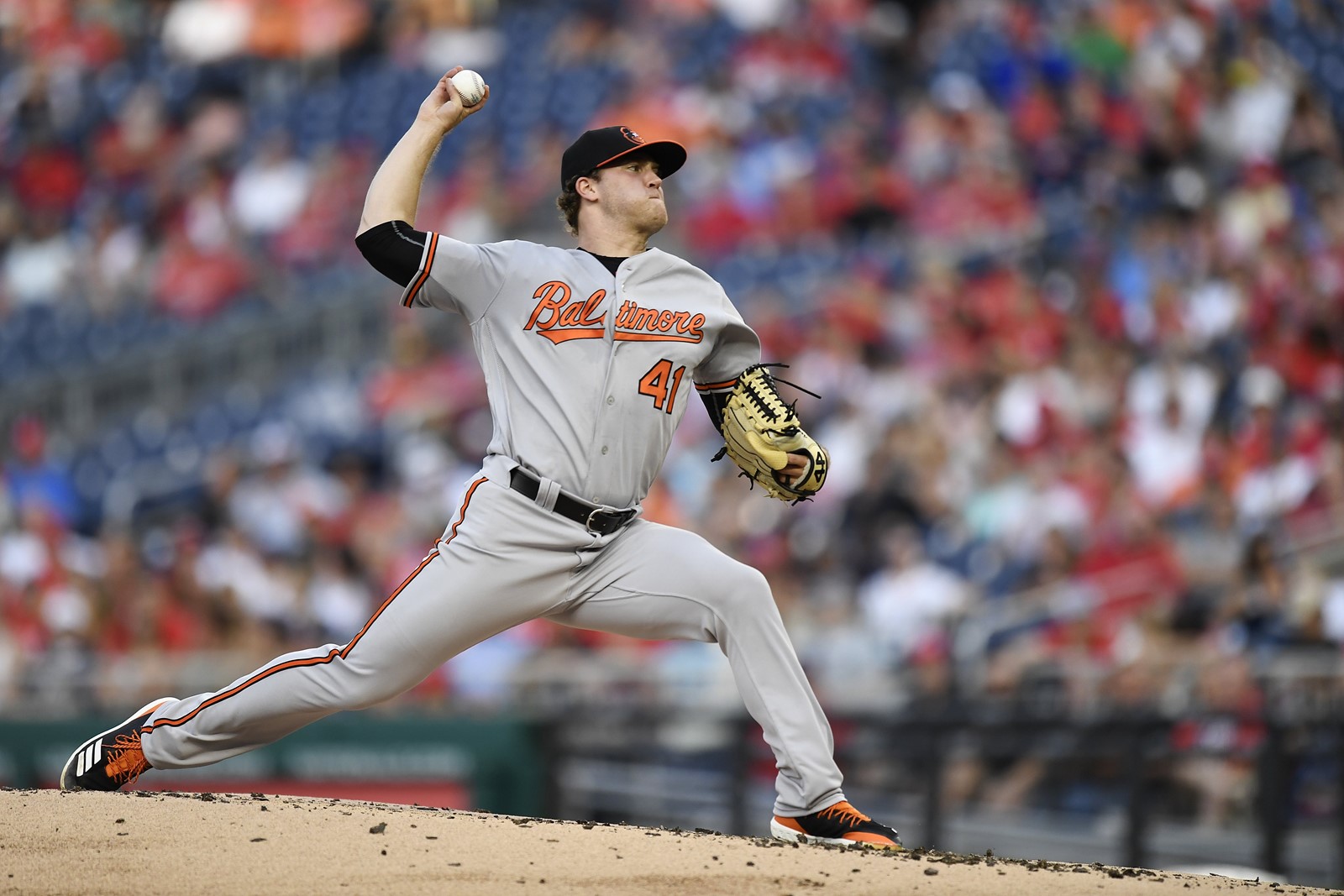 Tanner Scott has earned his way into more high-leverage relief situations in recent weeks, but with the Orioles minus two of their key bullpen arms Tuesday night, Scott was put into a situation manager Buck Showalter still might not have normally used him in.

The Orioles bullpen was not only without left-hander Richard Bleier — who will miss the rest of the season after lat surgery — but right-hander Darren O’Day was also unavailable with a nagging hamstring problem, so Showalter entrusted Scott with preserving a one-run lead in Tuesday’s series opener against the regional-rival Washington Nationals.

Scott was charged with three runs in the seventh as the Orioles dropped 9-7 decision at Nationals Park. After entering the day holding left-handed hitters to a .130 batting average, he allowed hits to two lefty batters to start the inning, opening the gates to a four-run frame for the Nationals.

“I look at it as a Darren spot,” Showalter said. “But also that's something Tanner is gonna be able to do. He's got a chance to be a good pitcher. Every club, you have injuries and things that happen. It creates another opportunity for somebody. That's just the way the world works. You can't make everybody stay healthy. It's an excuse that we’re gonna refuse to use.”

Combine that with a quick unraveling by rookie right-hander David Hess in the fifth inning and Tuesday night was an example of the growing pains the young Orioles arms will go through, and something we might see more of as the team directs its focus to the future.

The Orioles (20-51) suffered their fifth straight road loss and 10th in the past 11 games overall.

Even though the offense didn’t take advantage of several potential big innings through the middle frames, the blame for Tuesday’s loss couldn’t be placed on the much-maligned Orioles bats.

After a strong start to his big league career, Hess struggled to get through the middle innings for his second straight outing, an indication that opponents are adjusting to him. Showalter gave Hess his chance to navigate through a rocky 31-pitch fifth inning during which he gave back a four-run lead.

Hess entered the fifth inning having retired 12 of the first 14 batters he faced, his only blemish a solo homer by Trea Turner with two outs in the second.

But Hess quickly unraveled in the fifth, loading the bases quickly with no outs on back-to-back singles by Turner and Wilmer Difo and a walk by No. 8 hitter Spencer Kieboom.

Two batters later, Adam Eaton rolled a seeing-eye single through the left side, scoring two runs. A sacrifice fly by Anthony Rendon two batters later drove in another run, and Bryce Harper’s opposite-field bloop double to left tied the score at 5 and chased Hess from the game.

“I think walks were the killer in that inning,” Hess said. “You look at the hits I gave up, they weren’t hard-hit balls. They just kind of placed them perfect. But those were set up by the walks and I think I’ve got to make better pitches in those situations and we’re not even in those positions to begin with.”

Hess’ unraveling came after he ran the bases and scored in the top of the inning — the last time Hess said he hit was in his freshman year of college. Hess reached base twice Tuesday, and scored both times.

“David was on the bases a couple times tonight,” Showalter said. “I don't know if that anything to do with it. His pitch count was down. He was very economical. He was pitching well and then he got away from there in a hurry.”

After posting a 3.07 ERA while striking out twice as many (16) as he walked (eight) over his first five starts, Hess has an 11.25 ERA over his past two starts, and has walked nearly twice as many batters (seven) and he’s struck out (four).

PREVIOUS ARTICLE
Article 78 of 83
NEXT ARTICLE