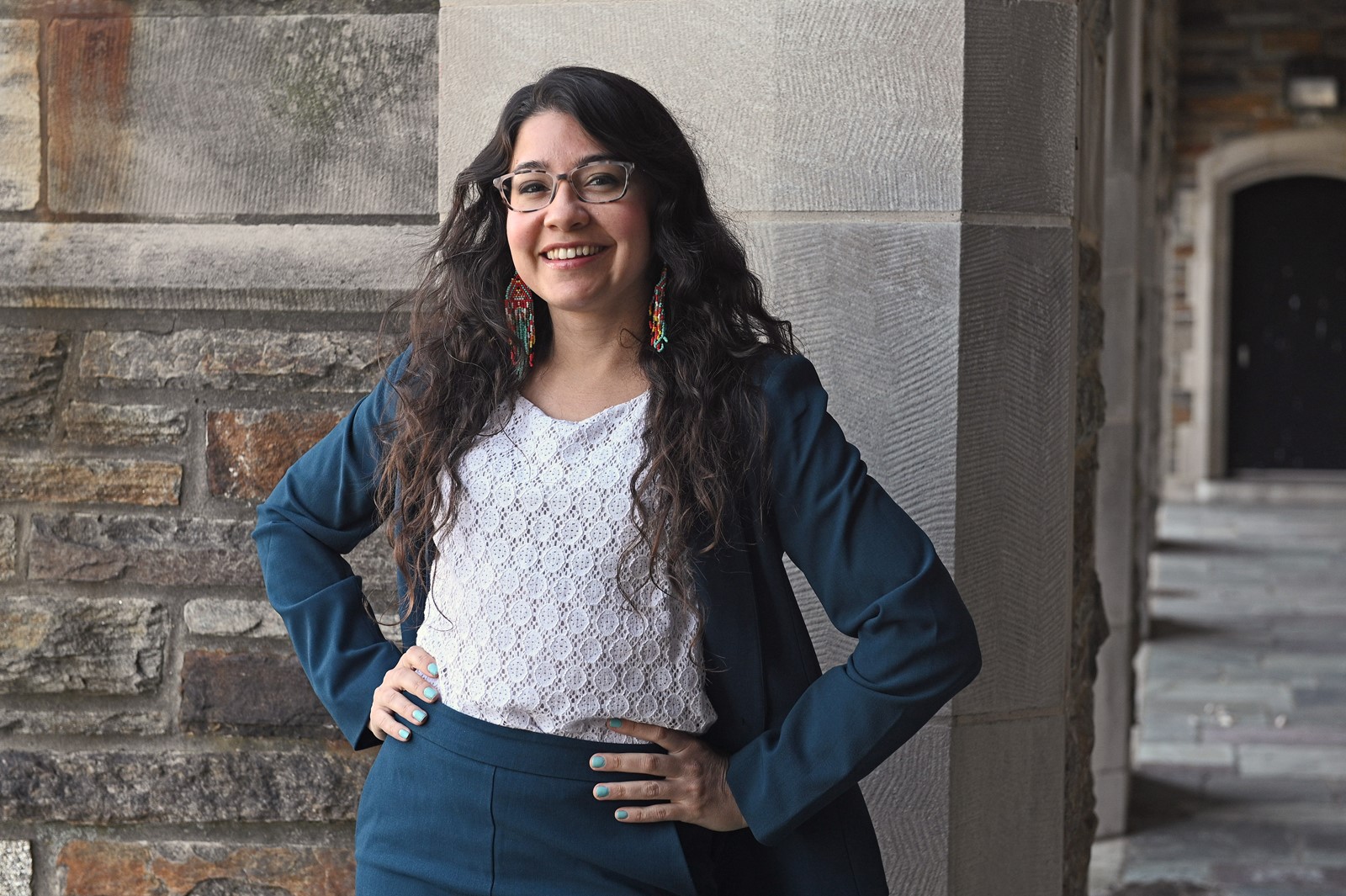 When Yaslin Machuca Molina was a sophomore at Baltimore City College High School in 2014, she only knew five other Latino classmates. So she cofounded a club for students to learn about Latin American culture: hosting movie nights, having pinata-making lessons and holding events for Hispanic Heritage Month.

Today, SOMOS (Students Organizing A Multicultural and Open Society) has 23 members and an alumni network tackling systemic issues of injustice in schools, Baltimore and the nation.

Amid the pandemic, SOMOS has worked to address the inequitable access to internet, ensure fair academic opportunity for English language learners and make school reopenings safe.

In April, their work to campaign for better and free Wi-Fi service for low income familieslanded them in a story in The New York Times.

“Now I see students from different backgrounds being part of the group and seeing a lot more active organizers,” said Molina, 22, who works now as a communications coordinator and Hispanic liaison for Democratic Baltimore City Council member Odette Ramos.

A first generation college student, Molina mentors SOMOS members on the college admissions process and has showcased their work at virtual town halls with Ramos.

“I call them my babies,” Molina said. “I’m super proud of them.”

Franca Muller Paz, a SOMOS adviser and teacher at City College, said the students will often meet every day, even on weekends, and sometimes have meetings that last four hours.

Such a time commitment is already unusual for high school clubs, and on top of that, it’s common for SOMOS members to have one or two jobs and family responsibilities as well as their rigorous course load.

Fighting to get into top schools

In 2017, the group advocated for ESOL — English for speakers of other languages — students who faced difficulties gaining entrance toelite city high schools.

SOMOS students argued that the formula the district used to determine eligibility was creating a disparity. In seventh grade, students, whose first language is not English, were exempted from a standardized test in English. But their exemption was in reality a punishment, because they were given zeros, which pulled down their overall, or composite scores.

“I had no clue until I saw that composite score, which broke my heart and was a disappointment,” said Samreen Sheraz, the valedictorian of her class at Vanguard Middle School in 2018. “I still cannot forget the pain.”

Her twin brother, Samar Khawaja, had the second highest grades in their class. But the siblings weren’t accepted at Baltimore City College High School, the magnet high school they wanted to attend together. They had been enrolled in ESOL the year before, when they arrived in Baltimore from Sri Lanka speaking Urdu, the language of their native Pakistan.

SOMOS stepped in on their behalf. The advocacy led to the twins’ admission to City College and over 30 ESOL students receiving new placements into highly selective schools by June 2019.

“I started to realize that it’s not only my problem, but there were countless more students,” said Sheraz, 16, who joined SOMOS as an eighth grader and is a junior at City College.

Now, ESOL students can take the standardized tests in eighth grade, one year later than most students take it, and do not receive zeros for taking the exemption from the English test. SOMOS also won translators for students to take the tests in their native language, and City College became the first highly selective school to offer a Spanish course for Spanish speakers.

More than 40% of Baltimore households lack a fixed line internet connection, and one in three households do not have a desktop or laptop computer.

In April 2020, along other advocates, Kimberly Vasquez gave public testimony with fellow SOMOS organizer Yashira Valenzuela-Morillo and helpedsecure $3 million from the Baltimore Children and Youth Fund to pay for more devices and internet connections for students.

Last July, SOMOS spearheaded a petition that outlined three demands for Comcast: faster internet for families on Internet Essentials, a longer period of free internet for those families, and more free Wi-Fi hot spots. The student group held protests against the internet service provider and lobbied the Maryland legislature and the city to make broadband affordable for low-income households. Vasquez, a City College senior and lead organizer of SOMOS, even held meetings with Comcast executives.

“It’s been a tough, tough fight,” said Vasquez, during a virtual town hall with Ramos, the city councilwoman. “We’re still fighting this, and only one of [the demands] was half met. But we’re hopeful that we can … get students to the Wi-Fi that they deserve.”

Comcast’s Internet Essentials package has helped 192,000 residents in Baltimore over the last decade. Comcast plans to put $1 billion toward digital equity over the next 10 years, said Kristie Fox, vice president of communications for Comcast’s Beltway region.

“We understand that the digital divide is a vast and complex issue that requires collaboration so everyone is part of the solution,” Fox said.

Vasquez joined SOMOS as a freshman and was drawn to their ESOL advocacy project. Growing up in a Spanish-speaking household, she was placed in the ESOL program for five years. She views activism as an everyday action, and said SOMOS has given her the confidence to fight injustices.

Speaking up for safe reopening

This winter, SOMOS organizers dove into the debate about whether to reopen schools amid the coronavirus pandemic, asking students to strike to be allowed to continue attending classes from home.

Marigold Lewi, 15, joined other advocates and teachers who testified at a City Council committee hearing on reopening Baltimore City schools. Limited to three minutes, Lewi presented demands including that schools hire full-time nurses and give students a break from standardized testing.

Lewi spoke about her sister in kindergarten struggling at home to read full sentences and take i-Ready, a standardized assessment to verify school readiness.

“I told them not to rush me as I have to speak and what I have is important,” said Lewi, who immigrated to Baltimore from Ghana.

When speaking in public, she recalls lessons from her SOMOS advisers on addressing those in power with “firmness and respect,” as well as a special conversation with her father.

“[He] gave me a speech when I was seven,” Lewi said. ‘You’re dark skinned. You’re Black. You’re a woman. You’re going to sit in a room, and people are going to try to dominate you.’ ”

Lewi, a sophomore, said she wishes adults would work with SOMOS instead of fighting them.

She has two more years with SOMOS and will continue to tell those in power: “Go back and fix what you have to fix, because this is something that will affect generations to come.”

Stephanie García is a 2020-21 corps member for Report for America, an initiative of the GroundTruth Project, a national service program that places emerging journalists in local newsrooms. She covers issues relevant to Latino communities. Follow her @HagiaStephia

PREVIOUS ARTICLE
Article 36 of 127
NEXT ARTICLE