‘No one wants to live like this,’ church’s leaders say

Pastors try to calm, comfort neighborhood where girl, 7, 5 others were shot to death 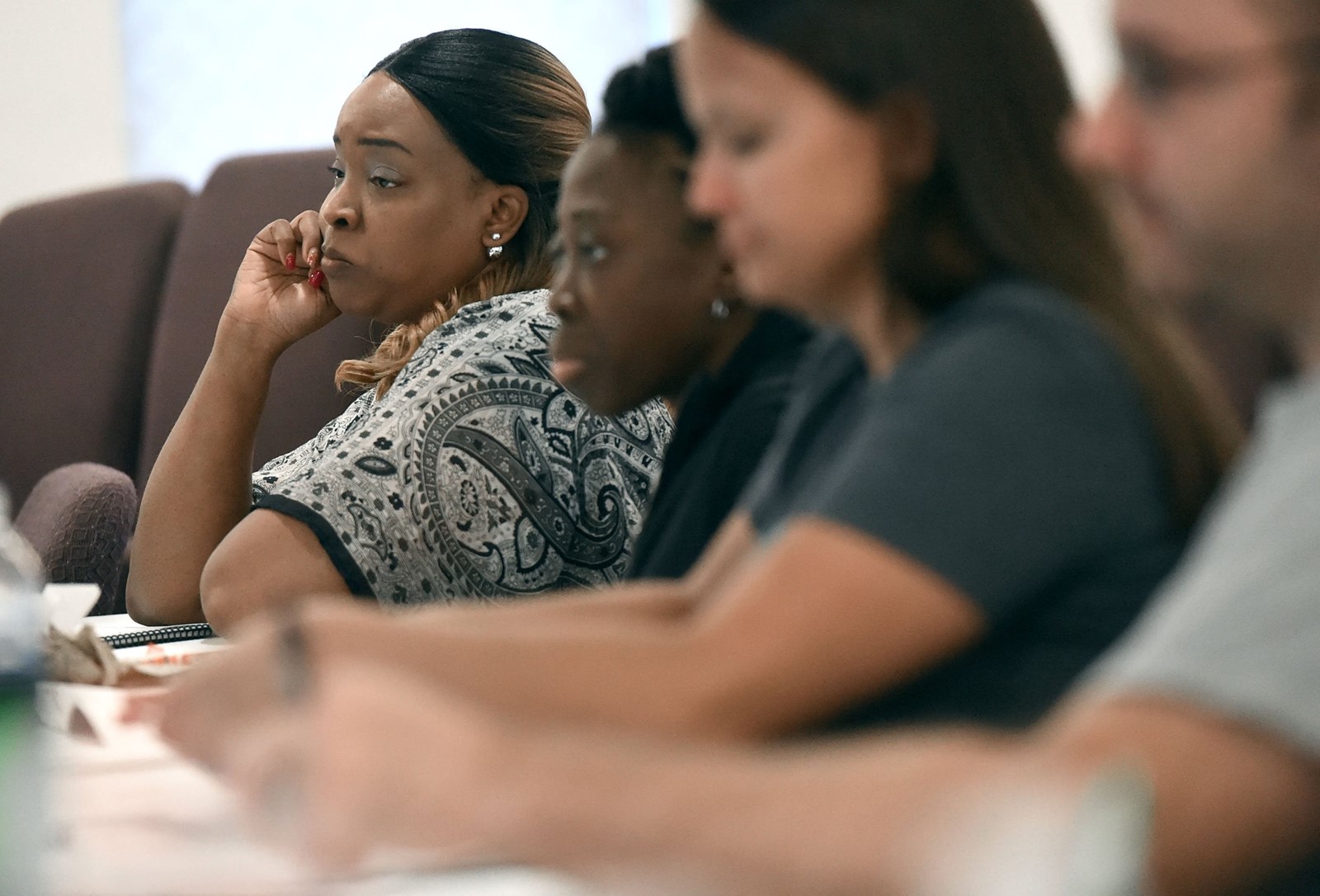 On the block where 7-year-old Taylor Hayes was fatally shot, children her age laugh and scoot down a slide at Connexion Point Church’s playground, secured behind a chain-link fence.

The fence keeps the kids in, but it isn’t much protection from gunfire, which has been too frequent and fatal in surrounding Edmondson Village. Within a five-block radius of Connexion Point Church, six people have been shot to death this year, including Taylor, who was struck in the back while riding in the back seat of a Honda Accord on July 5. Others killed nearby include a teen, men in their 20s and 30s and a 65-year-old woman.

The indiscriminate nature of the shootings has panicked many in the community.

As the neighborhood — an enclave for African-American homeowners in the 1970s — experienced declines in home ownership and increases in gun violence over the past decade, the church has sought to provide community services to try to reverse the trend. But Taylor’s recent death has shaken the neighborhood and congregation more than ever, and Connexion Point’s lead pastor, the Rev. Rayner C. Wharton Sr., and his wife, the Rev. Thomasina M. Wharton, the executive pastor, struggle with what to do next.

Taylor was shot outside the church at Edmondson Avenue and Lyndhurst Street. The nondenominational church has been a neighborhood anchor since 1975, when it was known as Mt. Olive Holy Evangelistic Church; it updated its name a few decades ago.

At her desk July 5, Thomasina Wharton said she heard the “pop, pop, pop” of gunshots, looked out the window and saw a blue Honda and a white Mercedes appearing to chase each other before a woman got out of the Honda and started yelling for paramedics. Wharton didn’t venture out as police arrived, but she could tell that someone had been injured. She didn’t know that it was a little girl.

In recent years, a window has been shot out at the church and the pastors’ daughter dodged a shootout as she was about to get into her car near the church.

“It does not deter us from doing what God has called us to do in this community,” said Rayner Wharton, who lives in Anne Arundel County but works at the church every day.

A flood of prayer cards that churchgoers turned in the Sunday after the shooting carried people’s concerns.

“Bishop please keep Taylor and her family in prayer,” said one.

“Please pray for Edmondson Village and Taylor for healing and comfort,” read another.

Another prayer card had just three words: “Stop the killing.”

In 2002, church leadership had looked to move the congregation out of the neighborhood, but “contracts weren’t falling in place,” Rayner Wharton said.

“God had something for us to do here,” he said. So the church, which has about 600 members, spent millions of dollars to renovate and modernize its 78-year-old building.

Rayner Wharton, a sociologist who has taught at Anne Arundel Community College, believes an increase in homeowners will stabilize the neighborhood. They are more likely to invest in it than renters. But to own homes, people need jobs, education, counseling, day care and other services.

Overall in Baltimore, home ownership rates have been steadily declining, from 54 percent in 2009 to 48 percent in 2016. That’s about 15 percentage points lower than the overall U.S. rate in 2016, according to Federal Reserve economic data.

Connexion Point began partnering with the city and nonprofits and began offering energy assistance, financial management groups, an employment and entrepreneurship fair focused on helping people with criminal records, day care and other programs. Guidewell Financial Solutions rents an office in the church, where credit, student loan and housing counseling is offered.

Rayner Wharton has also tailored his Sunday sermons to address neighborhood issues. In January, his message titled “Living for peace in the city” cited Baltimore’s economic and crime statistics, and brought up the issue of police abuse, racist housing policies and drug use. He looked to inspire members to become part of the solution.

“The church is the city’s source of light,” he had said.

Last year, he preached the sermon series “Blue is the new black” to address depression and mental health. This month, after the shooting of Taylor, he preached a message called the “Eye of the Whirlwind,” which urged congregants to use faith to “find that eye in the whirlwind” during troubling times.

After 54-year-old general manager Deric Ford Sr. was shot to death in an Edmondson Village Dollar General store in last August, Rayner Wharton and a group of area clergy held a prayer service outside the store. They decided praying for peace in Edmondson Village needed to be done weekly, and every Wednesday at noon, a group of four or five ministers and other faith members stands at the bus stop outside the Edmondson Village Shopping Center and sings, prays and asks passerby for prayer requests.

On July 11, five days after Taylor was shot, Rayner Wharton led the group. “We pray that your presence and healing power is with 7-year-old Taylor Hayes, a victim of gun violence,” he said.

The Rev. Richard J. Bozzelli of St. Bernardine Roman Catholic Church, near Connexion Point, is part of the prayer group and said he has heard from some church members that they have started avoiding the Saturday 5:30 p.m. Mass in the winter months because they have safety concerns about the neighborhood after dark.

Rayner Wharton said he doesn’t yet know what programs he might be able to recruit or add to Connexion Point that might offer aid while also alleviating some of the fears. He is considering a food-assistance program and would like to partner with the Maryland Institute, College of Art to start a furniture manufacturing program that could offer jobs and training.

In the short term, he said, he just wants to hire a Mister Softee truck to circle the surrounding blocks this summer with cheerful music and free ice cream — as he has done in the past. It helps lift spirits “in light of people feeling down about their community.”

PREVIOUS ARTICLE
Article 23 of 84
NEXT ARTICLE