Back off, Baltimore bikers

Why should the rest of us be inconvenienced by the city’s bike lobby? 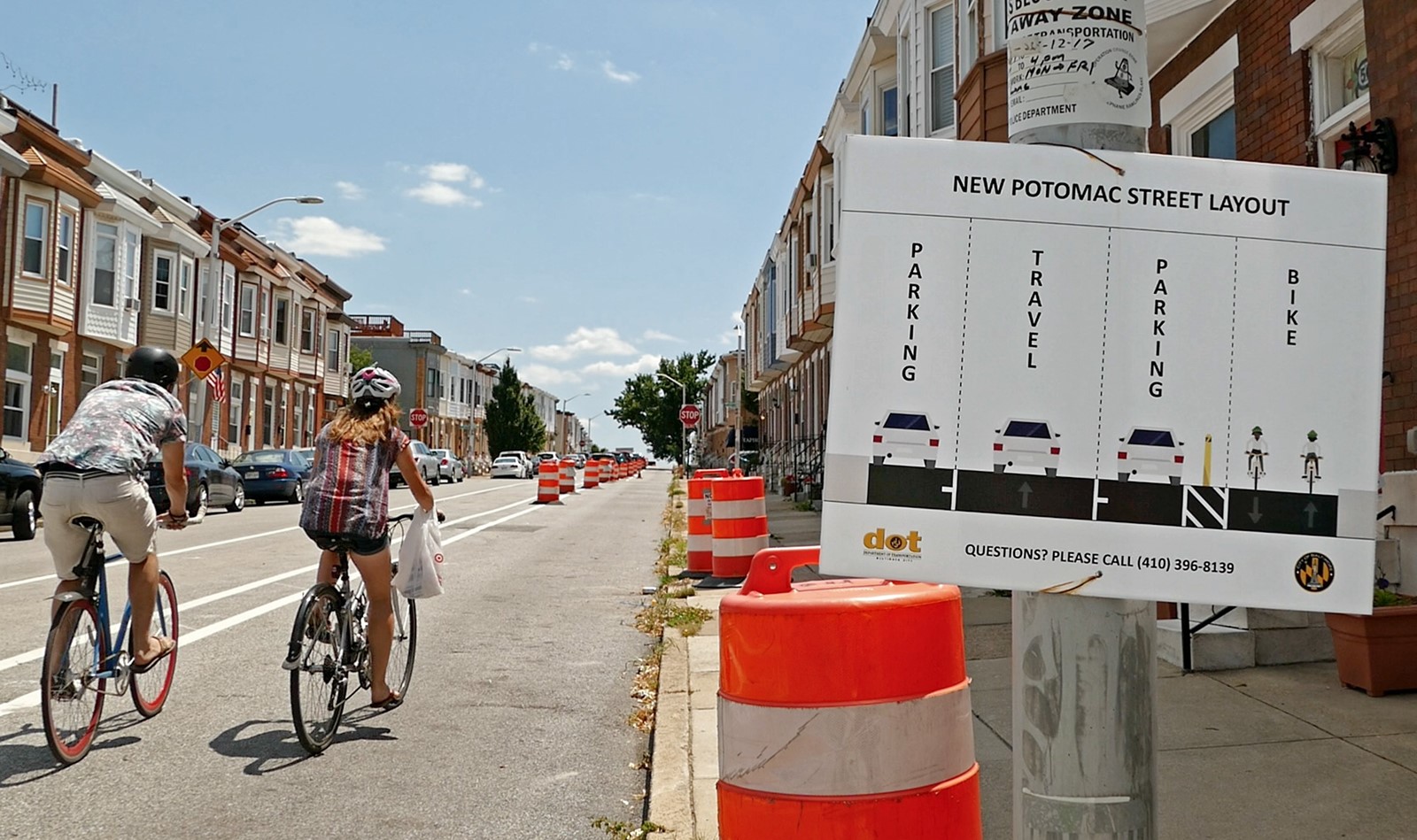 he bicycle lobby seems to have taken over Baltimore. This tiny group claims on to — in essence — control our city government. “We elected a new mayor and a majority new city council,” it proclaims. Given the obstacles they have had the city lay in our streets, their boast seems true.

Bike lanes have created problems for motorists trying to park on Roland Avenue. On Maryland Avenue, the city has eliminated one traffic lane to create a bicycle lane, making it exceedingly difficult to go to the Inner Harbor. Many motorists now avoid that route by using St. Paul Street, which now is often clogged as well.

The city has been engaged in a mammoth project on West Mt. Royal Avenue installing a lane wide enough to accommodate two-way bike traffic. In the process, the city has eliminated all parking in the westbound lanes. Disabled people now have no easy access to the offices and businesses along the street. The mail carrier is blocked because the city has taken away his parking space. It is nearly impossible to deliver supplies to offices or provide maintenance services. Apparently to make room for all this the city also took out a row of trees along the median strip, which surely was not an environmentally friendly act.

Ironically after only a few blocks the bike lane ends at a feeder ramp for Interstate 83, where biking is prohibited.

We are the victims of the bike lobby, composed of groups that advocate bicycling. One group is PeopleForBikes, which is by bicycle manufacturers and the people who sell bikes.

PeopleForBikes spends $2 million a year for its advocacy program, much of it lobbying Congress and the executive branch. A related organization, the , spends another $1 million.

These groups boast that they have succeeded in a year by Fiscal Year 2020 for what is called the Transportation Alternative Program. for such projects as Baltimore’s bike lanes. Given that the United States is posting trillion-dollar deficits each year, that is an unconscionable sum.

Biking advocates have created an image for bicycling that is totally false. They say it is healthier than riding in a car, but injuries among cyclists are notoriously high — . I used to love riding my bike but wound up unconscious in a hospital after hitting, at a very low speed, an uneven spot in the pavement. Many cyclists flout the law, running red lights, risking even more serious injuries.

The local bike lobby is a group called Bikemore, which convinced the City Council to last month so it can have more bike lanes; the legislation is now . Bikemore’s demand erupted after the concerned residents asked that a new bike lane in Canton be dismantled last year because it did not meet the fire code, which generally requires clearances of at least 20 feet. Bikemore filed a court action to block the removal of its lane, which the mayor has since spared (leading Bikemore to drop the suit).

Given all these facts, why should the rest of us, the great majority of the population, permit these people to inconvenience us and waste our tax dollars, especially when they are a tiny fraction of the population? Take a look at how few people use those bike lanes.

It’s time for the people of Maryland to stand up to this nonsense and demand that our politicians stop caving in to the bike lobby.