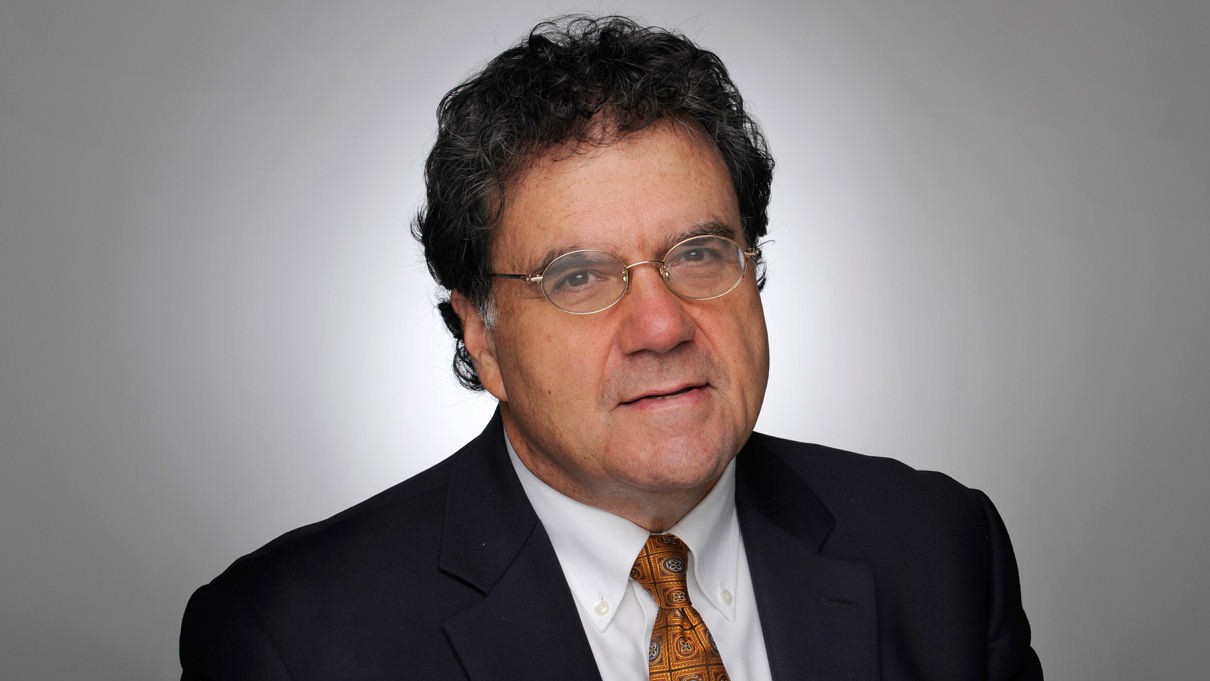 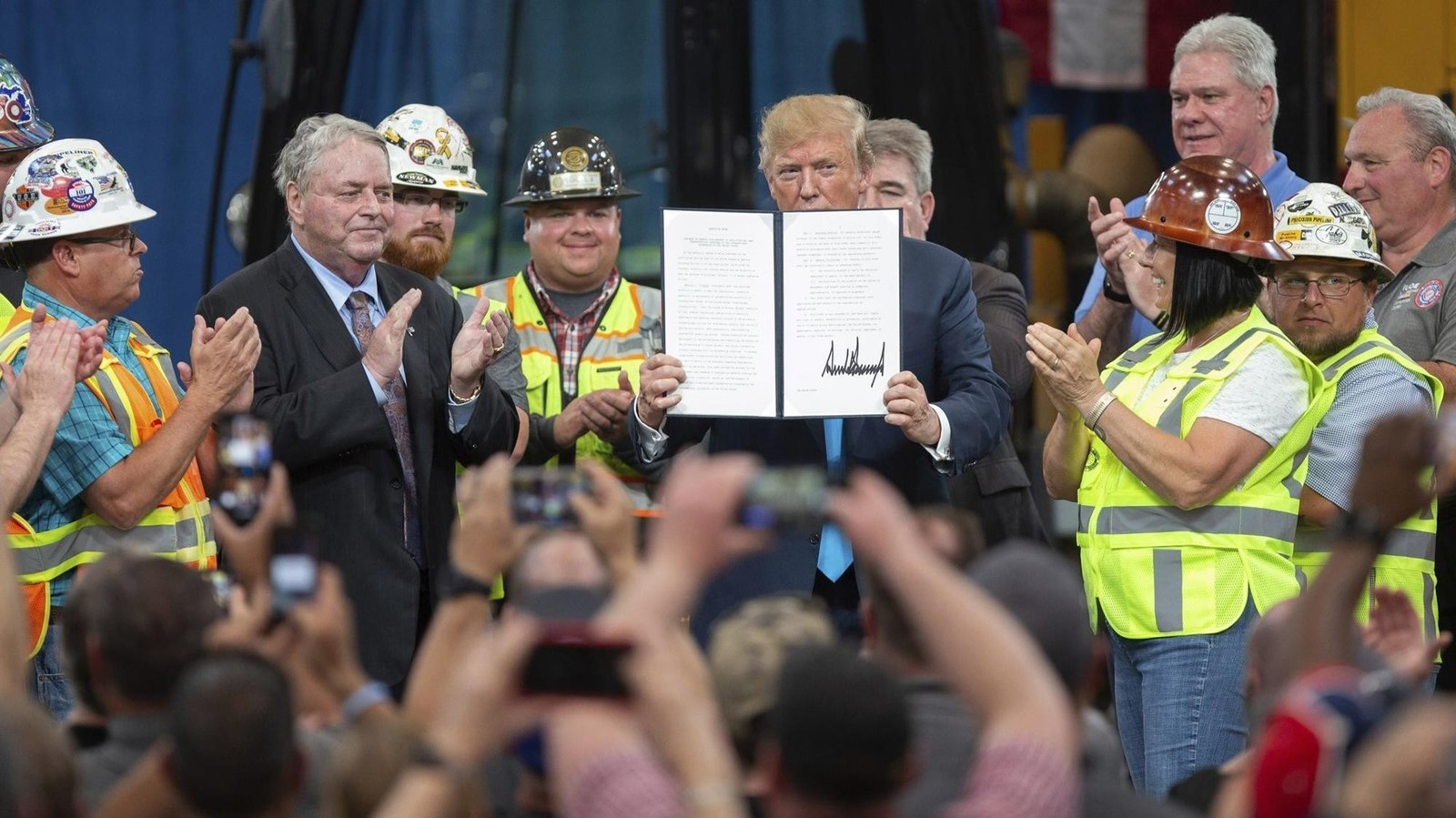 In April, President Donald Trump signed an executive order to make it harder for states to block gas and oil pipelines due to environmental concerns. (Juan DeLeon/AP )
PREVIOUS IMAGE

If anything in the second decade of the 21st Century warrants impeachment of an American president, it should be this: Ignoring science and the harmful effects of climate change, and putting humanity at grave risk. That might not fit the bill under the Constitution, which allows impeachment for “treason, bribery, or other high crimes and misdemeanors.” But the stubborn refusal to aggressively address climate change is a dangerous dereliction of duty that warrants a president’s removal from office.

Sound extreme? Not to me. Not based on the evidence climate scientists have been presenting with increasing urgency over the last year. Not with an existential threat building in the Earth’s atmosphere.

Obstruction of justice, welcoming foreign interference in a presidential election, the mistreatment of migrant children at the nation’s border with Mexico — all important issues worthy of inquiry, condemnation and hours of talking-heads TV. But none of it matters if the American president is not leading his country and the world in a major economic and social transformation to preserve the planet.

When the Framers were working out language in the late 18th Century, they considered giving Congress the power to impeach for but that word did not make the cut, and for good reason; it was too general. Two centuries later, however, nothing better describes what occurred last week when the Trump administration rolled back efforts to reduce planet-warming carbon emissions by extending the life of coal-fired power plants. And the Environmental Protection Agency did this while its own study of regulatory changes predicted more premature deaths from the resulting increase in air pollution, and while ignoring all good science on the pace of climate change.

Four or five years ago, I would never have seen such regressive action as warranting the removal of a chief executive. I would have seen it as a difference of opinion or ideology. Not anymore. Things have changed, and rapidly.

Last fall, a panel of warned that, if we did not change our ways, we could see some of the most severe effects of global warming as soon as 2040. A , said we had even less time, maybe five years. “The chance that there will be any permanent ice left in the Arctic after 2022 is essentially zero,” Anderson said, noting that 75-80% of permanent ice has melted since the mid-1980s. That’s so dire, Anderson predicted that current efforts to reduce carbon emissions won’t be adequate to counter climate change’s worst effects. It will take an epic transformation of how we live, eat, work, drive, heat our homes and conduct commerce.

In light of what Anderson and other scientists have been telling us, any retreat from a full-frontal effort seems not only irresponsible but insane.

People in the Trump administration, in Congress and even in the fossil-fuel industry must know this. They must be parents and grandparents. They must, in the deep corners of the conscience, wonder whether their descendants will be able to survive. They must wonder what their legacy will be. It’s wonderful to leave a thriving business to a son or daughter, or to bequeath sizable savings and a rich stock portfolio to grandchildren. But if temperatures soar and oceans rise, if atmospheric conditions become more extreme, if large populations of people can’t find food or water, if climate refugees create a global crisis — if life becomes intolerable — what’s the point?

The great fear in all this is twofold: Americans have become either more complacent or fatalistic about climate change. An absence of White House leadership contributes to both conditions — signaling that climate change isn’t a big deal, or that there’s nothing we can do about it.

But polls show public opinion has been moving toward recognizing the threat, and cities and states have been taking action against carbon emissions.

In New York, the state assembly just passed . It calls for a 100 percent reduction in greenhouse gas emissions by 2050. In three decades, all electricity in the state would come from emissions-free sources, particularly solar and wind.

Maryland’s new clean-energy law, passed by the General Assembly in April, does not go as far, but is still the state’s strongest yet. It mandates that half of the state’s non-nuclear power come from renewable sources by 2030. The legislation, designed to reduce dependence on fossil fuels and create new green-energy jobs, became law in May without Gov. Larry Hogan’s signature. Tidwell says Marylanders will start seeing more wind turbines, rooftop solar arrays, solar farms and electric car-charging stations in the coming years.

Good. But will it be enough? And what about all the other states?

“We need national clean-energy legislation, and it will come in a few years,” Tidwell says. “In the meantime, our national strategy is basically calling on states like New York, Maryland and California to punch above their weight on clean energy, bending the whole country inevitably toward cheaper and cheaper wind and solar and electric cars.”

National leadership is urgently needed. For now, we are stuck with the opposite — a man who called climate change a “hoax” and who, in a spiteful effort to repeal the previous presidency, took his country out of the lead on facing a global crisis. Of all the president’s offenses, those are the worst.