Amid outbreak, an I do

While Baltimore doctor braces for surge,

she trades in scrubs, mask for wedding dress 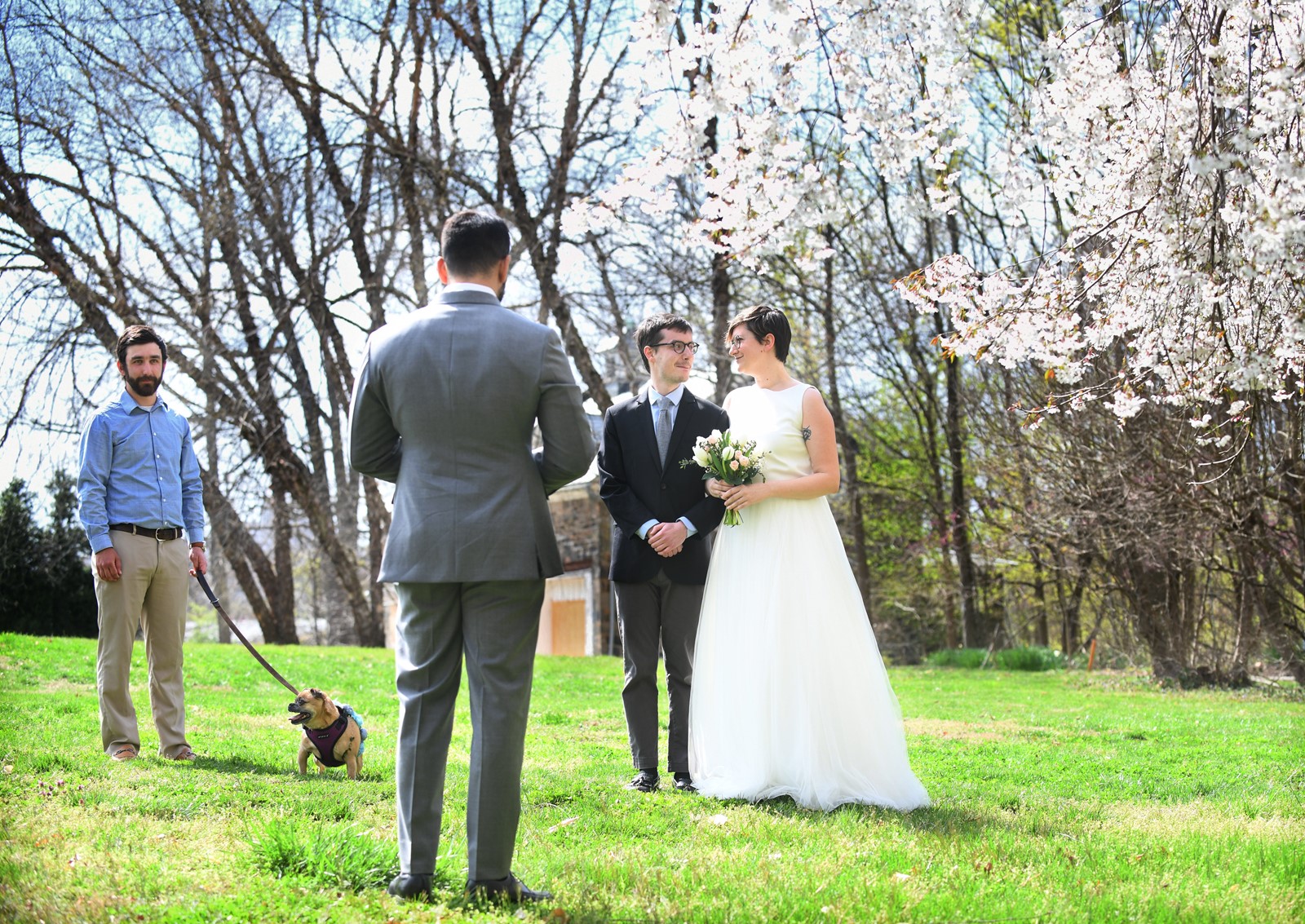 The resident physician is among the thousands of health care workers bracing for a in Baltimore. They don’t know exactly when it will be. But soon, people with rasping coughs, spiking fevers and trouble breathing are expected to flood the city’s hospitals, desperate for care.

When that happens, DiChiacchio will find herself on the front line of a global pandemic. And because of the nature of their jobs, to the virus. In hard-hit China, Italy and now, New York, doctors and nurses have died as they tried to save others.

DiChiacchio and Ambrose didn’t want to wait any longer before becoming husband and wife.

They met about a year ago at Bookmakers Cocktail Club, a Federal Hill restaurant where Ambrose was working behind the bar. He served DiChiacchio wine and they started to talk.

Ambrose, who is studying math at the University of Maryland, Baltimore County, appreciated that DiChiacchio spoke to him as a person, not just as a bartender. One of their first conversations was about computational chemistry.

They knew almost immediately that this was it. He treasures her sweetness and intellect. She loves that he is so earnest and kind.

“He is a weirdo in all of the spectacular ways that Laura is,” said Dr. Rishi Kundi, a friend of the couple and the attending physician for DiChiacchio’s residency. “They’re each just fundamentally cheerful.”

Even before the pandemic hit, the hectic schedule of a surgical resident meant the couple were forced to be strategic about maximizing their time together. Ambrose, while not a morning person, drives DiChiacchio to her 5:30 a.m. shifts. For them, those extra 15 minutes together are worth it.

They planned a wedding for June, at a lavender farm in the Pacific Northwest, where they would be surrounded by relatives and friends. A honeymoon on Vancouver Island was to follow. DiChiacchio wanted to walk down the aisle carrying a bouquet of sunflowers.

But flying across the country? Now, it’s too risky. Gathering all their loved ones together in one place? That would violate new federal guidelines on social distancing.

The couple also are painfully aware of stories about doctors having to intubate their colleagues, of nurses contracting the virus, of people in their 20s and 30s dying of COVID-19.

Some people who work in hospitals are distancing themselves from their families as a precaution. That would be nearly impossible in the one-bedroom loft DiChiacchio and Ambrose share in downtown Baltimore. Even if they did have the space, the couple can’t imagine being apart right now.

“The idea that one of us could become ill and we didn’t spend the prior weeks and months together, we just couldn’t really wrap our minds around doing that,” DiChiacchio said.

They’ve talked about what would happen if she gets sick. He has a list of physicians she wants to care for her, and knows how long she’d be willing to be on a ventilator.

DiChiacchio didn’t want there to be any question about who would make medical decisions for her if she can’t herself. And they just wanted to make it all official.

With the courts shut down, they had to petition a judge to get a marriage license. Since salons are closed, Ambrose helped DiChiacchio touch up the back of her pixie cut. Without a wedding cake, another doctor baked them cupcakes. The couple rushed to write their vows, pick a sunny spot for the ceremony and secure a bouquet.

“I wanted sunflowers; we had access to tulips,” DiChiacchio said. “What a wonderful problem to have at this time.”

On the day of their wedding Sunday, talk of the pandemic was kept in the background. Families also enjoying the 65-degree weather at the arboretum shouted, “Congratulations!” from behind homemade masks.

The couple asked Ambrose’s younger brother to be their witness — and to keep tabs on their dog, Zelda, during the ceremony. Kundi, a trauma vascular surgeon and intensive care unit physician, was tapped to officiate; he got ordained online last week, just a few days after sitting down to make his will in the face of the risks of the impending surge.

Kundi told the couple they stood “at the edge, not the end, of the world.”

“Events may have changed our lives, but they’ve changed neither your intention nor your love,” he said. “The ground beneath our feet is shifting; your path over that ground remains unchanged.”

He asked them if they would each place a ring on the other’s finger.

“By the power vested in me,” Kundi said, “by the state of Maryland and, more importantly, as your attending, I pronounce you husband and wife.”

This week, Ambrose is driving his new spouse to her hospital shift. DiChiacchio is securing an N95 respirator around her nose and mouth, steeling herself for what’s to come.