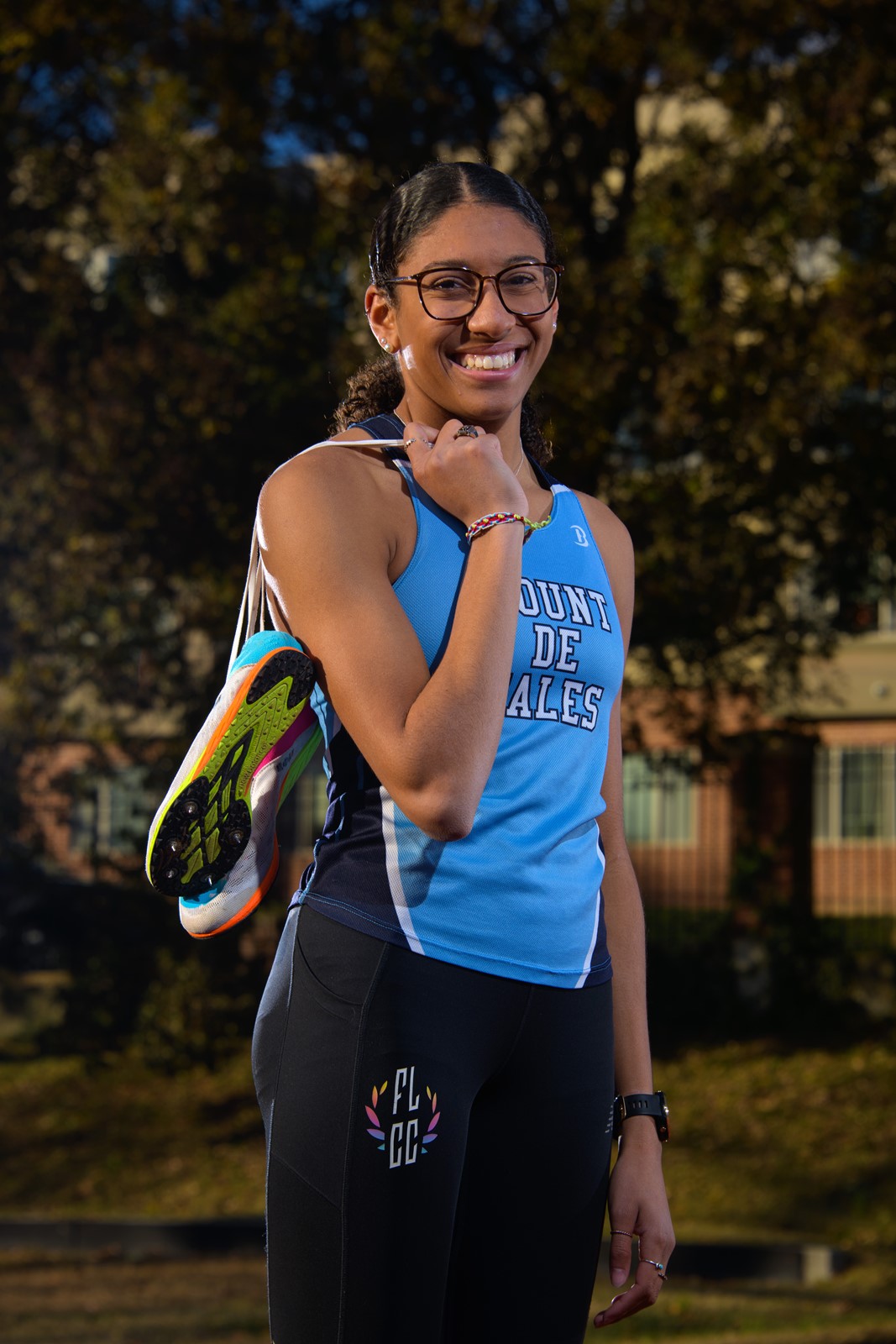 Juliette Whittaker is is only the sixth Sun Athlete of the Year — boy or girl — to be a repeat winner in the 55-year history of the awards. Karl Merton Ferron/Baltimore Sun
PREVIOUS IMAGE

As her sensational high school running career was nearing an end, Mount de Sales star Juliette Whittaker had a couple of middle school girls ask for her autograph at a meet in Pennsylvania last month.

The 18-year-old Laurel resident did even better, taking a photo with them. They were all smiles, Whittaker’s growing list of achievements warranting the fame.

Whittaker reached the national stage in her junior year with a 10th-place finish in the 800 meters at the U.S. Olympic trials last June, just missing out on a chance to compete in the Tokyo Olympics. She solidified her standing as one of the most promising distance runners in the country in her senior year.

Representing Mount de Sales, she claimed her third Interscholastic Athletic Association of Maryland cross country individual title in the fall. In the outdoor track season, she won conference titles in the 800, 1,600 and 3,200, and anchored a winning relay.

Competing in national meets for much of the indoor track season, she took firsts in the mile at the Millrose Games and New Balance Indoors National Championship. At the Ocean Breeze Elite Invitational in Staten Island, New York, she became the first high school girl to break 2 minutes, 40 seconds in the 1,000 meters — coming across in 2:39.41.

And her finest achievement to date came Saturday at the USATF U-20 Championships in Eugene, Oregon, where she broke the high school girls national record in the 800 meters with a time of 1 minute, 59.04 seconds to qualify for the World U-20 Championships later this summer. New York native Mary Cain had set the previous high mark (1:59.51) in 2013.

Leaving Mount de Sales as the area’s most prolific girls runner ever, Whittaker has been selected as The Baltimore Sun’s 2021-22 high school girls Athlete of the Year. The Stanford commit becomes only the sixth athlete — boy or girl — to be a repeat winner in the awards’ 55 years.

“This year was definitely hard because I had to travel out of state a lot for meets,” Whittaker said. “So, I was missing a lot of senior events like the prom, mother/daughter tea and the father/daughter dance and things like that. In the moment, it was definitely hard. But the sacrifices were so worth it to be able to compete at a higher level and keep doing what I love in more competitive fields. As hard as it is to sacrifice those things and the moments, it means so much [to be recognized] and makes my love for the sport grow even more.”

Whittaker’s domination during her high school career and the awards that followed were staggering. In winning her third Interscholastic Athletic Association of Maryland cross country title — the league didn’t have a championship race her junior year due to coronavirus restrictions — she was named The Sun’s All-Metro Runner of the Year and Gatorade’s Maryland Player of the Year in cross country.

Her three IAAM individual titles in the outdoor track season this spring — she was recently named The Sun’s All-Metro Performer of the Year — gave her nine in her high school career covering indoor and outdoor track.

Whittaker’s consistently building success comes with a humble approach that Mount de Sales coach Steve Weber said made her a strong team leader and adds to the legacy she leaves behind at the proud school.

“You might think someone with that much talent, that they think about themselves, but it really wasn’t the case with Juliette,” he said. “She really has genuine concern for everybody else, which is part of the Mount de Sales way, and she just exemplified that. I mean that was always and it just came natural. It wasn’t forced or anything like that — she’s just so genuine.”

Whittaker, an “A” student and her class president for three years, said she’s still getting used to the fame she has gained and savors the chance of being a positive influence.

“It’s really just such an honor. It still blows me away sometimes because there’s still some people I really idolize and then people come and want to take a picture with me and I’m like, ‘Why me?’ ” she said. “So it’s been insane, but so cool to have all the support, especially when the younger girls come up to me and say that I inspire them. It’s so amazing and I’m just so happy that I have that platform to inspire other young girls because I know that was important when I was younger.”

“I feel like the biggest impact she’s had on me has been more as a person and not just in running,” she said. “Watching the way she treats others and the way she balances being an amazing friend and an amazing student along with being a national-caliber runner has been incredible to see.

“I would be talking to her about my goals and she’d be like, ‘No, you’re setting your goals way too small. You have to have bigger goals.’ So just, that has been so, so inspiring for me to just be able to talk to her and have such a high-level runner believe in me so much. It’s been really amazing.”

Her senior year — a return to normalcy in a sense — was important to Whittaker before she heads to Stanford. She has big goals ahead and the commitment necessary takes grinding discipline. To be able to fully share the experiences with teammates again was rewarding.

“Last year, we didn’t have very many Mount de Sales meets, no IAAM championships and things like that,” she said. “So this year, to have dual meets and be able to go to meets with my team was so great because I’m going to be leaving next year and I just wanted to have a fun last year to end on a good note.”