After being given a grocery bag to intubate a COVID-19 patient, one 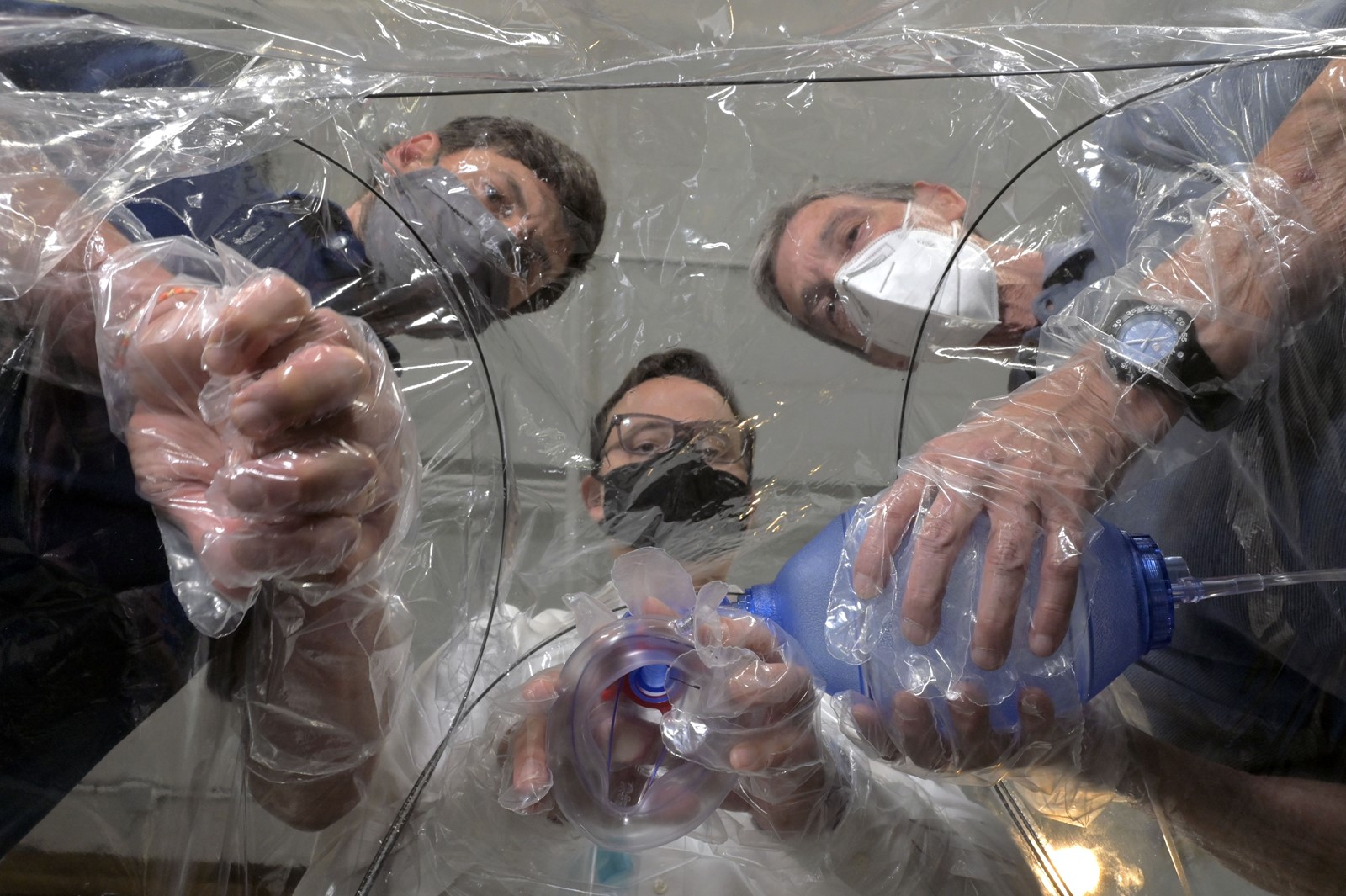 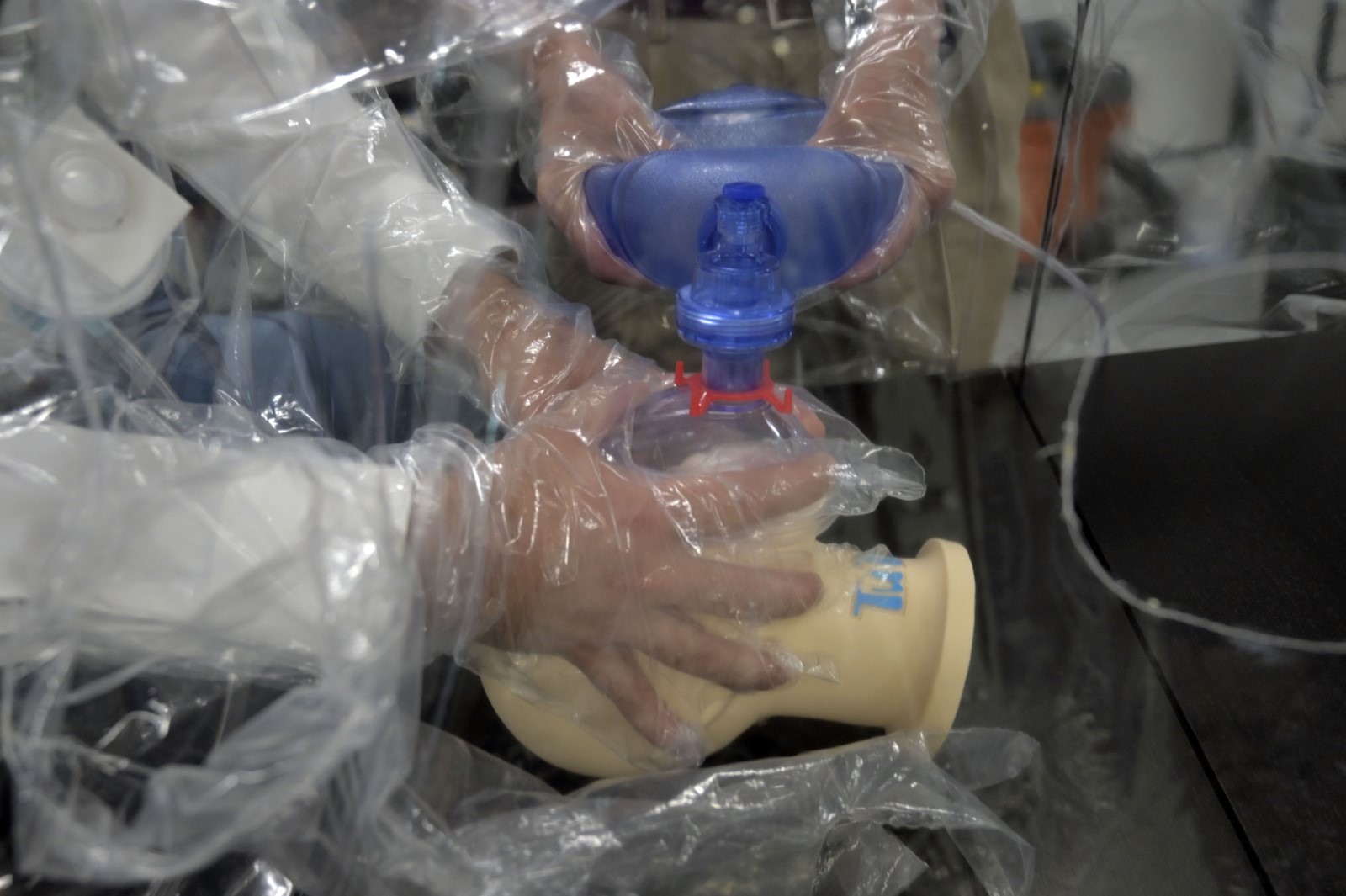 As the coronavirus swept into Maryland in March and health care providers scrambled to contain it, a national shortage of personal protective equipment forced physicians to improvise.

To shield themselves from contracting COVID-19, the disease caused by the virus, some repurposed garbage bags into gowns while others resorted to making their own masks and even procuring scuba, ski and swimming gear to cover their faces. Many took to social media to make public pleas for supplies.

Around that time, Dr. Steven Tropello, a Baltimore-based emergency and critical care physician who rotates among a handful of area hospitals, needed to put a breathing tube down a COVID-19 patient’s throat into their windpipe, a procedure known as intubation. With an airborne virus like this one, it was particularly dangerous to intubate someone, so a colleague suggested he put a plastic grocery bag over the person’s head to keep the virus particles from spreading around the room.

“That was a boiling point,” said Tropello, also an assistant professor at the University of Maryland School of Medicine. “We weren’t prepared to manage a lot of these aerosol-generating procedures.”

Tropello started sketching out a product that he hopes will soon find a place in every hospital. He calls it the “Care Cove,” and it’s designed to keep potentially infected people from transmitting infectious diseases onto their caregivers.

“I want the coves for myself. Is that selfishly clear?” Tropello said. “I’m not just building this for other people, I want to protect me, too.”

The Care Cove, which Tropello called a “bulletproof vest” for medical professionals, is a tented containment device made of clear vinyl that locks in particles and allows physicians to perform vital procedures such as intubations, endoscopies, bronchoscopies, and heart catheterizations without mistakenly suffocating patients.

It creates a negative pressure environment that medical personnel can wrap quickly around infected patients without contaminating any surfaces or workers.

Air enters the Cove through small openings around the perimeter, Tropello said, and the patient is supplied oxygen from devices administered by a health care provider. Because the air pressure is lower inside the Cove, contaminated air remains inside until it is pumped out through a filtered exhaust system.

Tropello founded Drape Medical LLC, where he’s the chief medical officer, to develop and market the Care Cove. He imagines a disposable Cove stored above every ICU bed and even in ambulances, and said they will remain relevant and necessary even after the coronavirus abates.

“The world has really changed, and not everyone’s going to get vaccinated,” Tropello said. “This isn’t going away.”

The coronavirus has caused major deviations from the normal standard of care. Providers are less likely to sit down face-to-face with patients; fewer providers are in hospitals and offices at a time. In May, the American College of Cardiology recommended testing patients for COVID-19 prior to performing heart catheterizations when possible, and carefully weighing the costs and benefits of the procedure against any other available options when rapid tests are not available.

Meanwhile, medical professionals around the world have died from COVID-19. Since July, more than 3,200 Marylanders with confirmed cases reported working in health care settings within 14 days of their positive test diagnosis or onset of symptoms, making it the most common workplace associated with the coronavirus, according to state data.

The Care Cove could restore confidence in medical settings, Tropello said, and return some standards back to their pre-pandemic normal.

“If we can isolate the problem quickly,