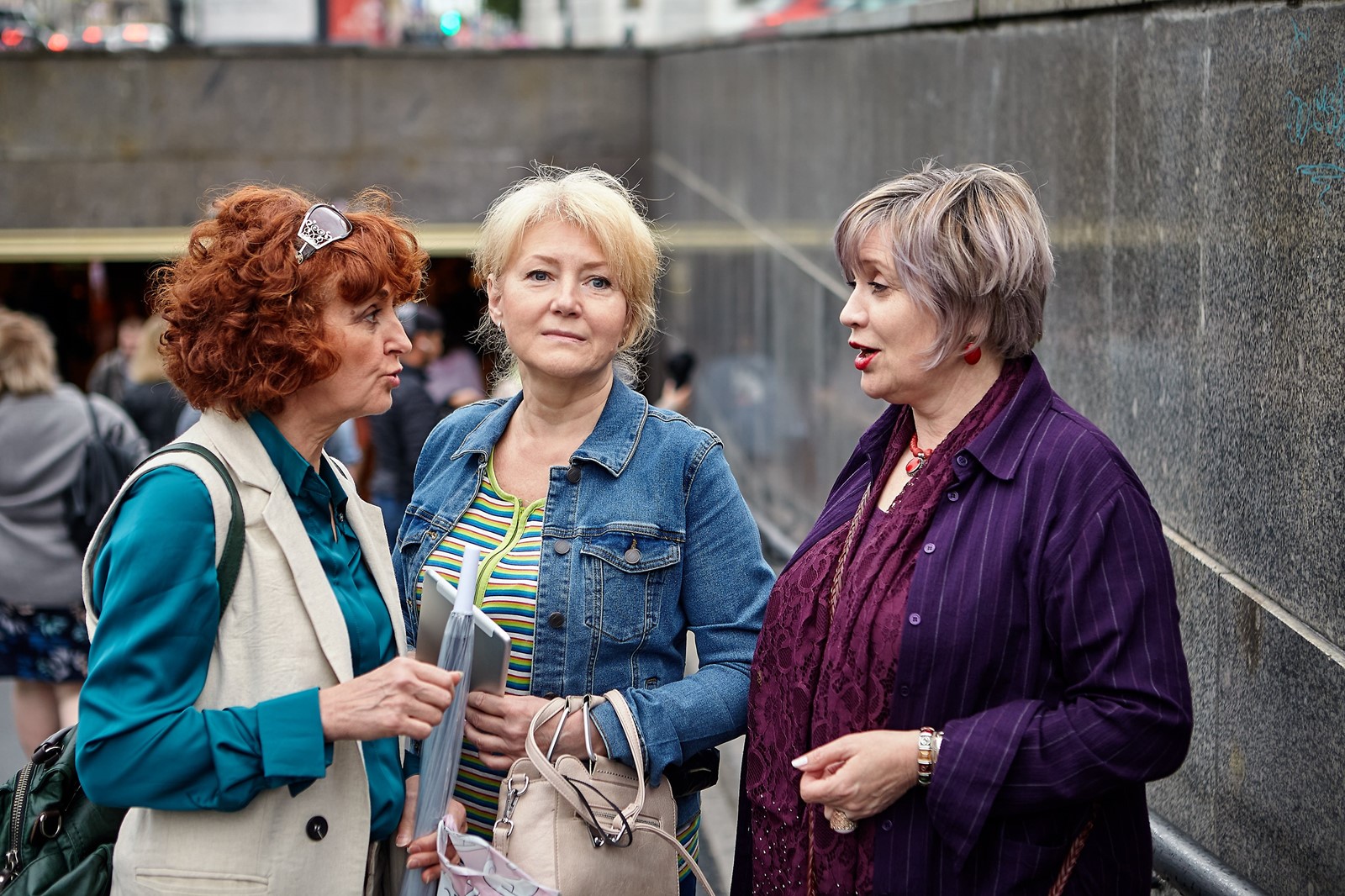 Until a few months ago, Lucie Gendreau, 66, had never really worried about her hearing. She never noticed anything wrong with it and rarely exposed herself to the kinds of noise intensities known to cause hearing loss. As a younger woman, she’d go to the odd Roberta Flack concert, but she was never one for blasting heavy metal. She’d much rather spend hours in the library than at a noisy football game.

Now a self-described introvert living in Boston, Gendreau has mild tinnitus, which started in her 30s, but, until recently, no other hearing issues. She lives a quiet life, literally and figuratively, occasionally participating in clinical trials in her spare time.

In October, she sat in a soundproof booth while researchers administered an odd sort of hearing test. Instead of asking her to raise her hand when she heard a tone, they asked her to repeat words that were said against different volumes of background noise. She was shocked at what she heard — or, better yet, didn’t hear. “I just could not discern words,” she said. It was like everyone was speaking another language. “It was kind of a frustrating experience.”

It turns out that Gendreau has what audiologists call hidden hearing loss, a condition in which people can detect sounds but struggle to understand them in noisy settings. A person with hidden hearing loss can pass a traditional audiogram, raising her hand anytime the technician plays a beep of varying volume and pitch, and can have a conversation with one other person in a quiet room. But move that conversation to a crowded bar, and it’ll feel like their companion is speaking gibberish.

It’s unclear how many people suffer from the condition, which was first described in 2009. Scientists are still developing tests to diagnose it, which is difficult, since many people who experience it may not notice and don’t visit the audiologist.

One way that researchers have tried to estimate the prevalence of hidden hearing loss is by calculating how many people go to the audiologist complaining of difficulty hearing but end up scoring fine on the audiogram. These reported difficulties “may likely be due to hidden hearing loss,” said Dr. Yin Ren, an otolaryngologist at the Ohio State University Wexner Medical Center.

A 2018 study said this described 15% of patients. Another from 2020 found about 10% of patients who complained of hearing loss left without a clear diagnosis.

Stephane Maison, an audiologist and researcher at Mass Eye and Ear hospital who ran the study that Gendreau joined, said that even these numbers might underestimate the prevalence of hidden hearing loss. “That will only tell you about the people who decided to get an appointment,” he said.

Sarah Sydlowski, president of the American Academy of Audiology and an audiologist at Cleveland Clinic, agreed. She said people with this type of hearing loss “don’t always recognize the difficulty” they’re having; thus, they don’t visit an audiologist. These estimates also wouldn’t catch those with combined traditional and hidden hearing loss.

Although the risk seems to increase with age, hidden hearing loss tends to strike earlier than traditional hearing loss, showing up even in college students.

For decades, scientists assumed that the parts of our ears most susceptible to noise-induced hearing loss were the tiny hairs in our cochlea, deep in our ears, that vibrate when sound waves meet the sides of our heads. When these are damaged, it’s like someone turned down the volume on the world and you might not hear sounds, even in librarylike silence.

Some patients might have complained they were unable to, say, hear the umpire at a Little League game, but as long as their hair cells were intact and they could hear in a quiet testing room, doctors often could find nothing wrong. In 2009, however, armed with new imaging technology that can look past those hair cells, researchers exposed mice to rock-concert levels of sound, and went looking for signs of damage deeper in the auditory system.

These brain cells form two main bundles of neurons that translate hair vibrations into chemical signals our brains can interpret. One bundle responds to louder sounds and one responds to quieter sounds. Maison explained that the ones tuned to loud noises are most likely to get damaged first, leaving the one designed for softer inputs to pick up the slack. When that happens, if you’re in a quiet space and your friend is whispering, you’ll have no problem understanding them. If you go to a party, however, that bundle of whisper-loving cells will get overwhelmed by background noise and send your brain a garbled, indecipherable message.

There is no conclusive test for hidden hearing loss, but if you struggle to understand the conversation whenever the brunch table has more than a few guests, you might have it. For the past five years, Maison said his team has been working to develop and validate a series of tests such as the ones Gendreau took, but diagnostic criteria aren’t definitive yet, and, for now, few audiologists check for hidden hearing loss.

A strategy that Maison recommended is to “make sure the background noise is at your back.” If you’re at a crowded restaurant with a friend, have that friend sit against the wall while you face that person.

You could also try a frequency-modulation system, which Ren said wirelessly transmits your partner’s voice to your headphones or hearing aids. The difference between this and the directional microphone is that the former doesn’t amplify the sounds coming from a particular direction, it just shortens the sound’s route to your ear, limiting opportunities for it to mesh with background sounds or reverberate off other surfaces.