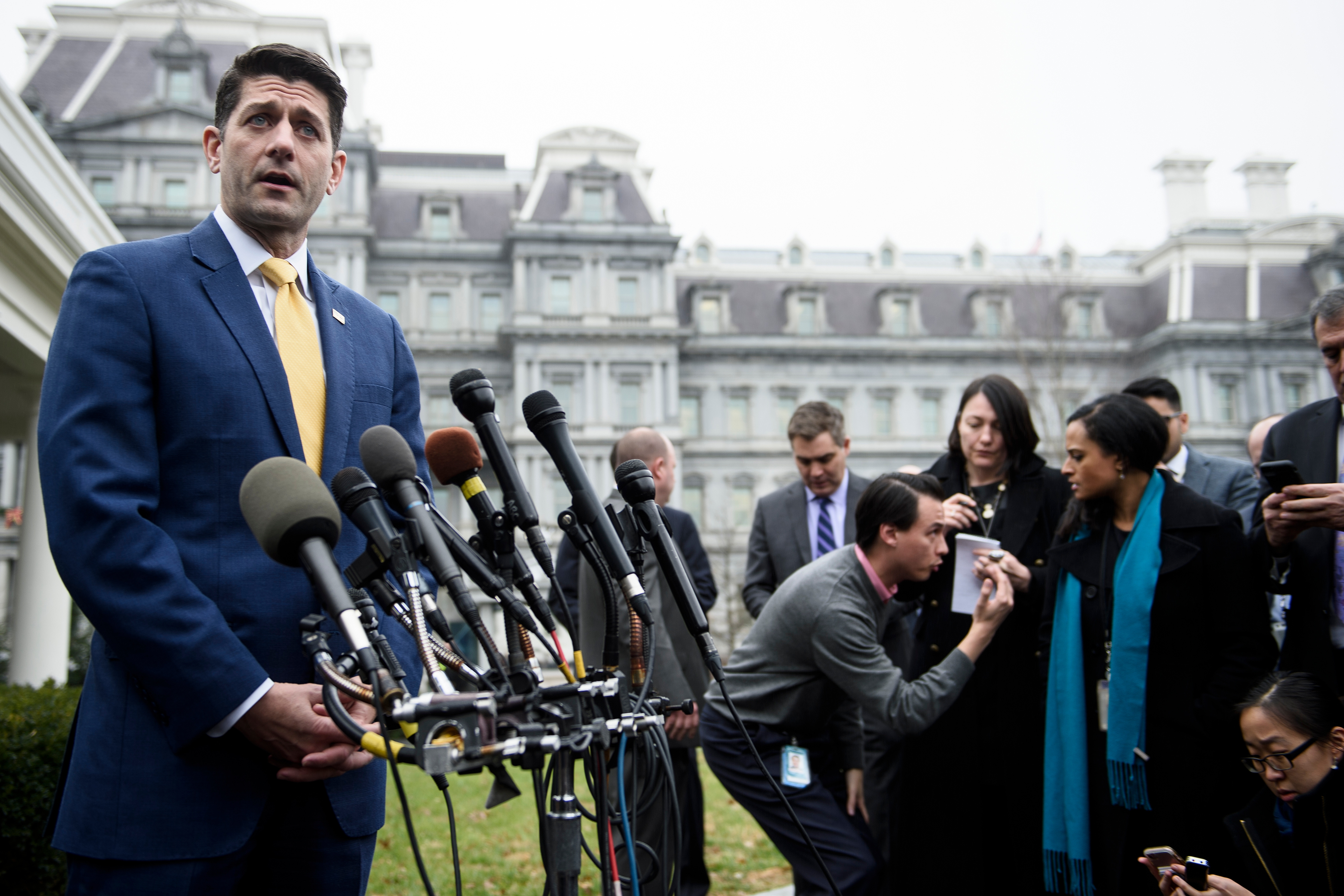 Then Speaker of the House Paul Ryan makes a statement to the press after a meeting with US President Donald Trump at the White House on December 20, 2018. (Brendan Smialowski/AFP via Getty Images/TNS)
PREVIOUS IMAGE

WASHINGTON — Former House Speaker Paul D. Ryan, once a rising star of the Republican Party who lost the battle over the soul of the GOP to Donald Trump, will urge his party Thursday to end its preoccupation with the former president and revive its commitment to conservative values.

After years of laying low and only rarely publicly challenging Trump, Ryan, in an evening speech at the Reagan Library in Simi Valley, will describe conservatives as at “a crossroads.”

“And here’s one reality we have to face: If the conservative cause depends on the populist appeal of one personality, or on second-rate imitations, then we’re not going anywhere,” Ryan is expected to say, according to excerpts released in advance. “Voters looking for Republican leaders want to see independence and mettle.”

The speech will give Ryan, who has had a cool relationship with Trump before and after he quit Congress in 2019, a higher-profile part in the small but increasingly vocal anti-Trump wing of the GOP. That wing drew broad national attention when House Republicans this month drummed Rep. Liz Cheney of Wyoming out of their leadership for refusing to stop criticizing Trump for lying about the legitimacy of the 2020 presidential election.

The latest swipe at Trump comes days after the former president was thrust into new legal peril, amid reports that New York prosecutors have convened a grand jury to decide whether to file charges against him and his business associates. The news was first reported by the Washington Post, and Trump denounced it in a statement on his website as “a continuation of the greatest Witch Hunt in American history.’

But despite that impending legal risk and a lower profile, Trump continues to hold a powerful grip on the GOP, as evidenced in his high poll ratings among Republicans and the evident sway of his endorsements in party primaries as many candidates try to mirror his style and promote his false narrative about the 2020 election.

The Ryan speech — the first in a series of addresses the Reagan Library will host this year on the future of the GOP — will be a reminder of how much Trump’s remaking of the GOP into a populist, isolationist, free-spending party marked the end of decades of dominance by Reagan, whose signature agenda was a robust military and foreign policy, advancing free enterprise and limiting government.

Ryan’s speech will include criticism of President Biden, calling him “a nice guy pursuing an agenda more leftist than any president in my lifetime.”

But he will warn Republicans against overemphasizing divisive cultural issues.

“Sometimes these skirmishes are just creations of outrage peddlers, detached from reality and not worth anybody’s time. They draw attention away from the far more important case we must make to the American people.

“Culture matters, yes, but our party must be defined by more than a tussle over the latest grievance or perceived slight.”

Ryan had risen to the highest ranks of GOP leaders as speaker, and also was Mitt Romney’s vice presidential running mate in 2012, before he decided to retire in the middle of Trump’s term.

He played a big role in the passage of Trump’s 2017 tax cut, but split with him on a number of other issues including Trump’s protectionist trade policies, retreat from world affairs, and willingness to disregard concerns about the growing budget deficit. In retirement, Ryan has taken some academic posts and served as a board member of Fox Corporation, and only occasionally spoke out in criticism of Trump.

He recently held fundraisers for Cheney and another outspoken Trump critic, Rep. Adam Kinzinger of Illinois.

A spokesman for Ryan said he was likely to “remain active by giving speeches about the direction of the Republican Party.”