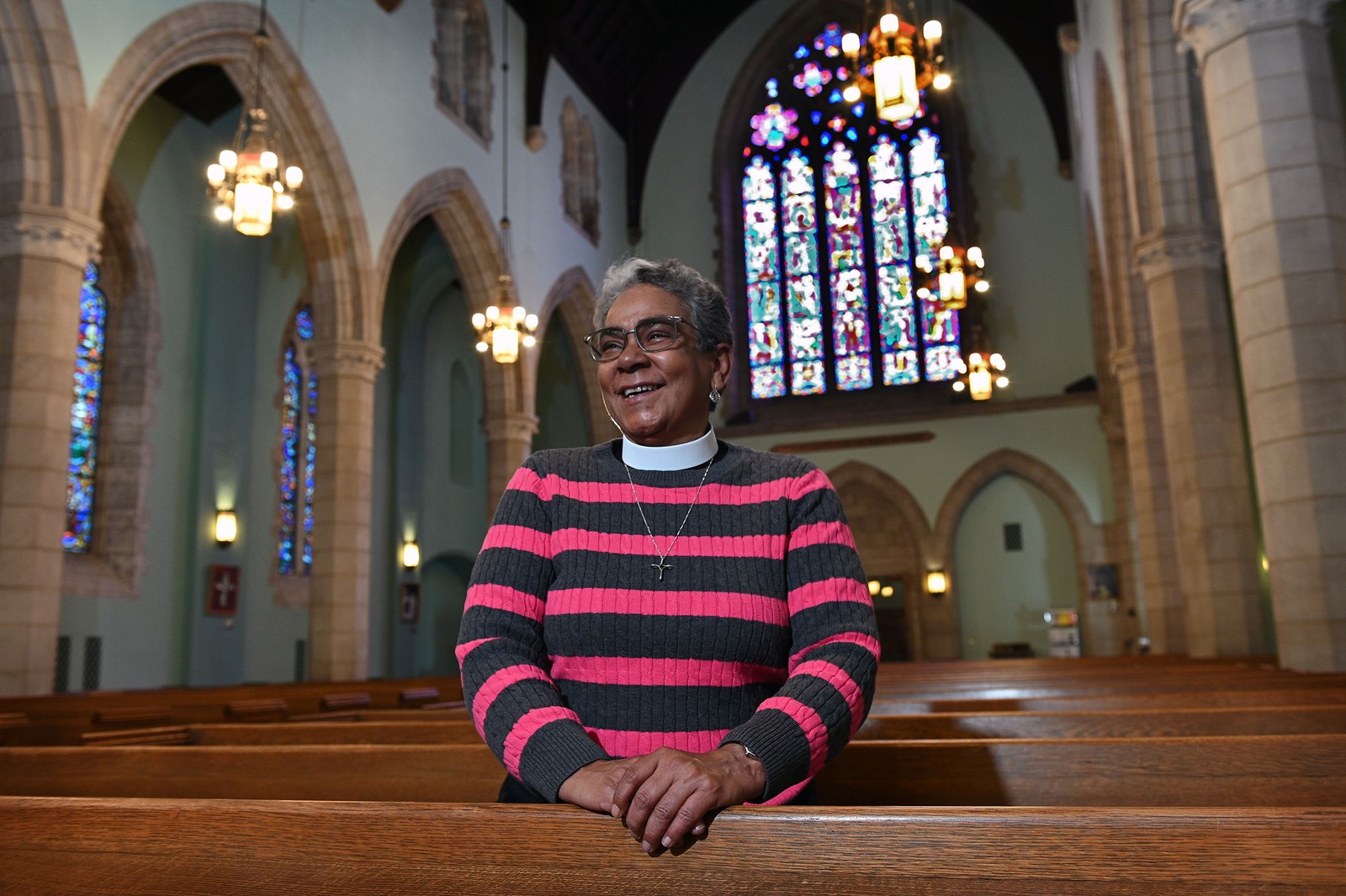 A year and a half after announcing it had established a $1 million fund to support reparations for slavery and systemic racism, the Episcopal Diocese of Maryland is accepting applications for the inaugural round of grants under the landmark program, the first of its kind in the state.

Two or three applicants will be chosen to receive between $25,000 and $50,000 each in support of work that “restores African American and Black communities,” said the Rev. Christine L. McCloud, the diocese’s canon for mission, who is helping oversee the selection process.

Successful applicant groups must be nonprofit organizations with a “proven history” of helping to restore such communities or startups with a mission of doing so. They can be secular or faith-affiliated in nature but must be based within the boundaries of the diocese, a territory that includes Central, Southern and Western Maryland, and carry out their work there.

More than two dozen such groups have either sent representatives to informational meetings about the program or have been in contact with administrators over the past month, according to diocesan spokeswoman Carrie Graves, though none had submitted formal applications as of early this week.

The deadline for submissions is Friday. Recipients will be announced no later than June.

The fund was created, and the first round of grants will be awarded, as part of an ongoing campaign by the diocese to confront and make amends for how it benefited from slavery and the various forms of racial inequality to which it gave rise.

As thorny an issue as reparations can be in the culture at large, McCloud says, it’s a cause Episcopalians must take up if they’re to abide by the denomination’s core values, which include a liturgical call to “persevere in resisting evil” and “repent and return to the Lord ... whenever you fall into sin.”

That doesn’t mean simply transferring money from white communities into African American ones, as some critics would have it, McCloud said, but rather facing up to the facts of history as a nation, accepting those facts, and determining how best to offer recompense to the damaged parties and their descendants.

“Our call throughout Scripture is to do the work of reconciliation, and the first step in that is seeking truth,” McCloud says. “If we

never reconcile this country and the act of slavery, we will never move forward in any significant way around matters of race.”

The Episcopal Diocese of Maryland, an ecclesiastical body with roots in the early 1600s that includes nearly 120 churches and 44,000 parishioners, decided to provide the $1 million as a seed fund for reparations at its annual general conference in September 2020. More than 80% of its delegates voted for the move. Membership in the diocese is 90% white.

The diocese had been investigating the history of its complicity in slavery and racial inequality for more than a decade, a process that accelerated after the Rt. Rev. Eugene Taylor Sutton — the diocese’s 14th bishop and the first African American to hold the position — assumed leadership in 2008.

Since then, and most prominently over the past five years, archivists, clergy members and parishioners have been combing through archival materials to assemble the most truthful record they could.

The tale that emerged from old newspaper accounts, vestry meeting notes, diaries and even the memories of elderly congregants was sobering.

Not a few white Episcopalians, it turned out, were slaveholders or openly supported the practice. Many played key roles in creating such racist practices as redlining, which refers to policies by banks and insurance companies to refuse to lend to homebuyers in areas (sometimes outlined on a map with a red line) that were predominantly Black.

Priests, parish leaders and congregants, meanwhile, often conspired to exclude Black Episcopalians, and a number of new churches — including the Cathedral of the Incarnation in North Baltimore, the seat of the diocese — were built with the aim of helping white congregants flee their increasingly diverse older neighborhoods and parishes.

More recently, the diocese consolidated findings that most, if not all, of its churches constructed before 1860 were either built by enslaved people or by people who benefited financially from slave labor.

In other words, the Diocese of Maryland unduly benefited, across generations, from explicitly un-Christian laws and attitudes.

“Why should we continue to benefit as an institution when so many in the Black community have never had the opportunity to have a good education, good jobs or good medical care?” Sutton asked in 2020. “We’ve benefited from racist institutions, and now we are going to invest financially.”

The $1 million figure represented more than 20% of the body’s annual operating budget, and the money served as a seed fund to finance programs that would benefit the African American community.

The diocese has since created a task force to clarify the program’s goals and administer funds when the time came. Consisting of eight clergy members and lay people from across the diocese, the panel has used its regular meetings to designate five “pillars,” or areas of service, on which to focus — education, health care, affordable housing, environmental degradation and job creation.

Panelists will use a competitive points system to evaluate applications and select either two or three recipients — just as they expect to do next year at this time, as well as in ensuing years.

Though the fund is the first of its kind in Maryland, it’s one of dozens of similar initiatives offered across the country over the past half-decade, mostly by faith-affiliated groups and universities.

The sisters of the Religious of the Sacred Heart, an order of Catholic nuns in Louisiana that enslaved 150 people, created a fund in 2018 to finance scholarships for African Americans at a school it operates in that state.

Georgetown University in Washington, D.C., followed a year later, establishing a $400,000-per-year program to benefit the descendants of people the school owned in the 19th century — and sold in 1838.

Since then, the Virginia Theological Seminary, Princeton Theological Seminary, and the Episcopal dioceses of Georgia, Newark, New York and Texas have each established reparations programs worth $1 million or more apiece, and a prominent order of Catholic priests, the Jesuits, vowed to raise $100 million to benefit the enslaved people it once owned.

One local Episcopal parish, Memorial Episcopal Church in Bolton Hill in West Baltimore, created its own initiative, committing $500,000 toward reparations-style programs in the city through 2026. The parish was founded in 1860 by a priest whose family enslaved people at Hampton plantation in Baltimore County.

Though the reparations task force had received no final submissions as of Monday, McCloud said she expected a sizable influx during the week. A 30-year veteran of the nonprofit world, she said it’s standard for applicants to wait until the very last minute, then create a “rush.”

“We do anticipate receiving a number of [applications],” McCloud said. “We’ll be happy with whatever comes in. It will be our honor to review those and make the best choices possible for this first round.”