Crowlers on the rise at breweries

Thirty-two ounce “tallboys” are becoming a hit around the area 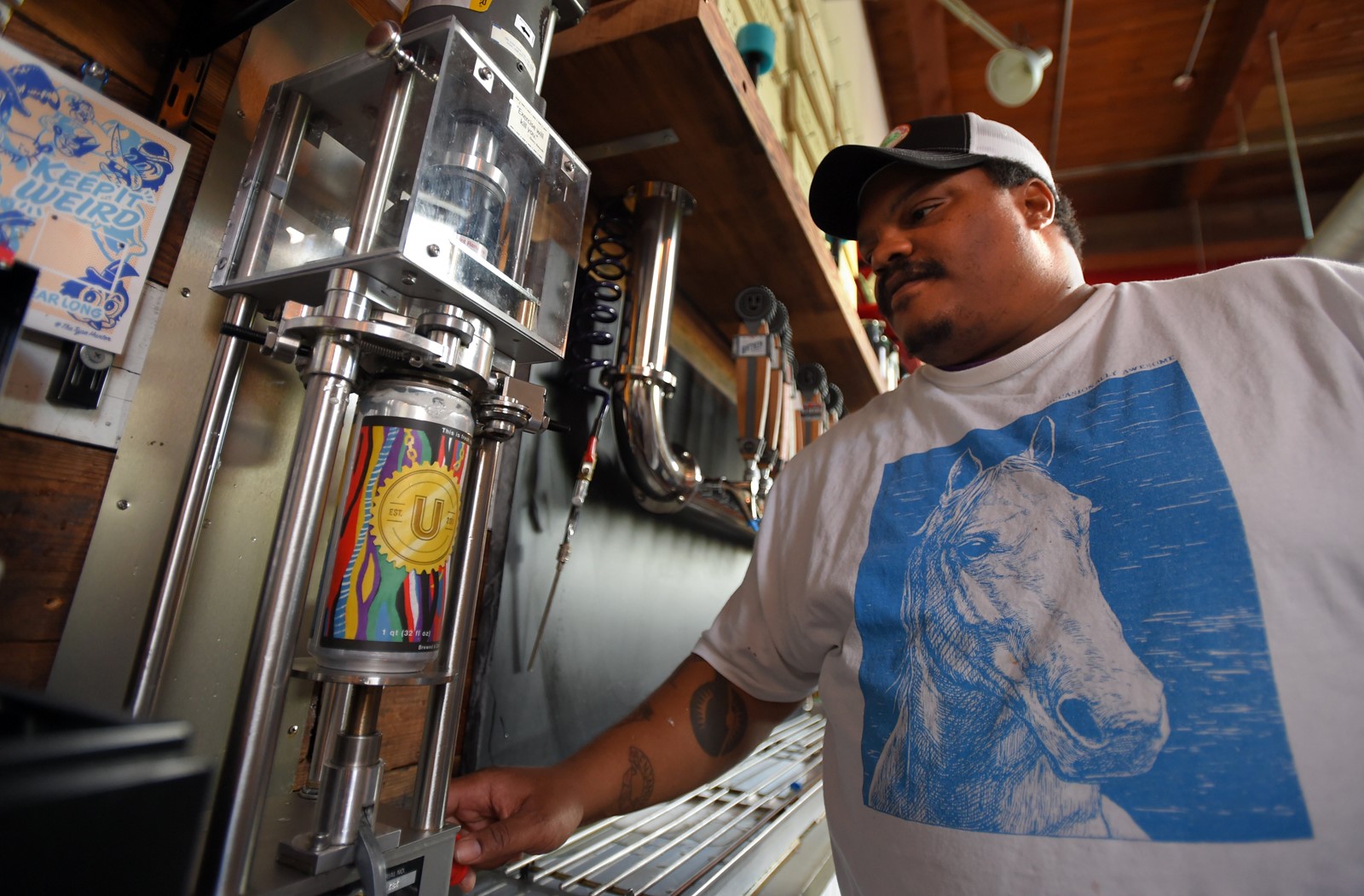 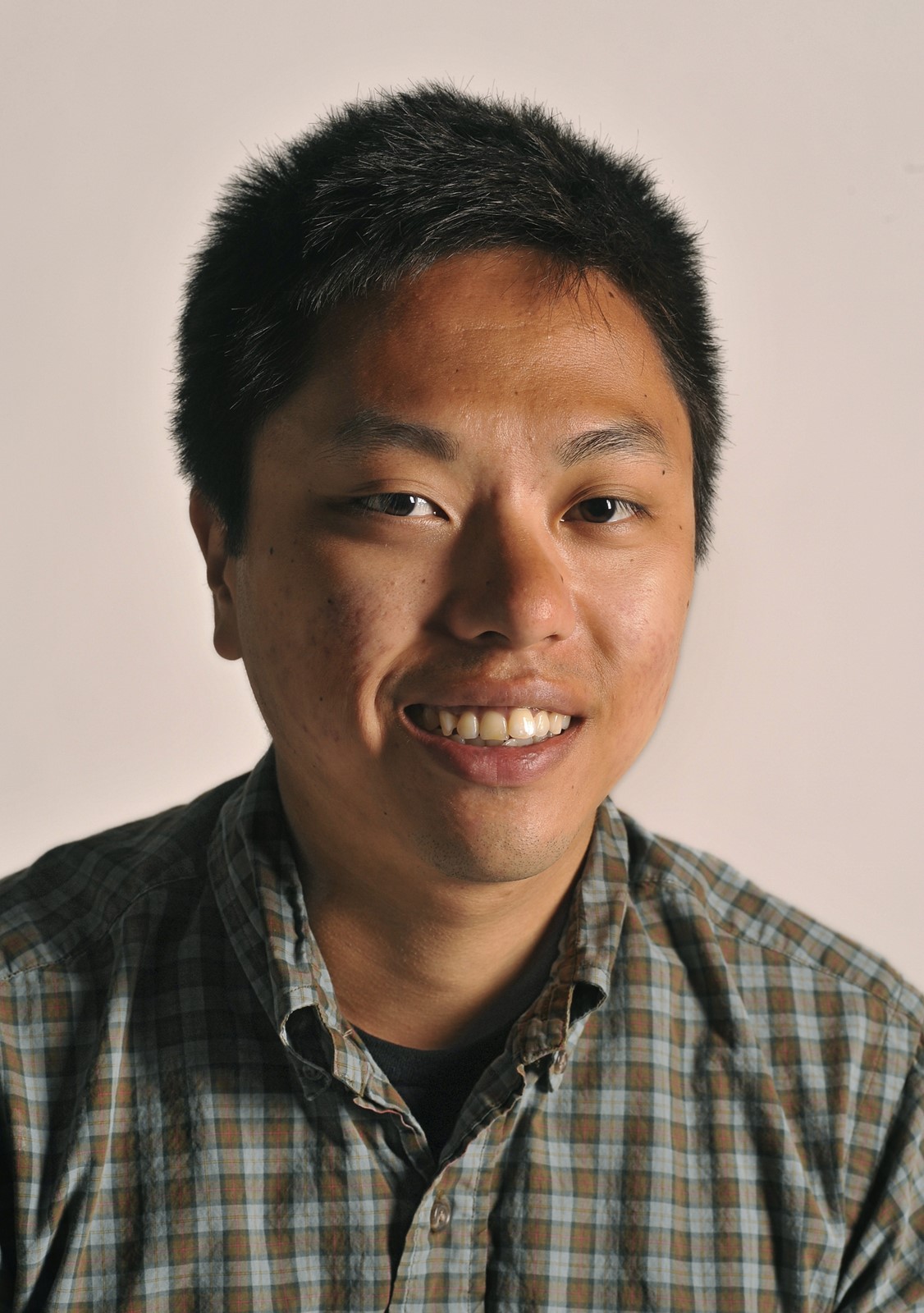 “I was like, ‘Why are we getting this? I don’t think people are going to want this,’?” said brewer Kevin Blodger. “I was definitely wrong. People love them.”

You’ve probably seen a growler — a half-gallon jug, usually made of glass, with a closable top — but its smaller, aluminum cousin, known as a crowler, has become an increasingly popular option at local breweries, bars and liquor stores. For imbibers looking for an easy way to transport fresh beer, the crowler is one of the most convenient vessels around.

“I see a lot of people coming in to get them,” Blodger said. “People really like everything about the package of a crowler.”

Obtaining a crowler is simple. Once a consumer chooses a beer, oxygen is removed from the 32-ounce crowler — half the size of a regular growler — via compressed carbon dioxide, and the container is then filled with beer. The tallboy can, about three times the size of a normal can, is then placed inside the crowler machine, which fastens a lid on top.

It’s a fast process that garners attention. At the White Marsh brewpub Red Brick Station, the crowler machine is behind the bar, and seeing it in use is usually enough to pique a customer’s interest, said brewer Mike McDonald.

“Almost every time, a newcomer to [crowlers] sees it and goes, ‘Oh, I’ve got to have one of those,’?” McDonald said. “It’s cool for them to see the operation.”

When it comes to beer, freshness matters. So the appeal of a crowler over a growler is simple: Thirty-two ounces is a lot more manageable than 64, said McDonald. (Even though a growler has a cap, most brewers recommend drinking the entirety of its contents right after opening for optimal taste.)

“It’s not really a big challenge to open up 32 ounces and finish that in one sitting, whereas the growler at 64 ounces … most people do not finish a half-gallon of beer,” McDonald said.

The rise of the crowler makes sense, according to Blodger and McDonald, because beer drinkers are gravitating toward cans over bottles in general. Glass bottles allow light to hit the beer, which affects the taste and overall quality of the brew.

“If [a crowler] is filled and seamed properly, there’s less oxygen in that can compared to the empty space of the neck of a bottle,’ McDonald said. “It’s just a better medium for beer to be packaged in.”

While growlers are more eco-friendly — patrons clean them and have them refilled — crowlers are used only once before disposal. That’s a selling point to some, said Brenton Garis, a manager at the Wine Source in Hampden.

“A lot of people come in not thinking they’re going to get something on draft, and then they see something they want, but they have a whole shelf of growlers at home, and they don’t want to buy another growler,” Garis said.

In a week, Red Brick Station sells a dozen to 15 growlers, and approximately 50 crowlers, said McDonald. They only sell the brewpub’s beer in growlers and crowlers, typically $8 for their five full-time beers, and $11 for specialty brews. On Thursdays, Red Brick Station sells them even cheaper ($5 for regular brews and $8 for specialties) for its weekly “Crowler Night.”

Growlers are “still a big thing” at the Wine Source, especially with residents in the neighborhood, but crowler sales have significantly cut into growler sales, Garis said.

Other local breweries like Heavy Seas Beer, Peabody Heights Brewery and Key Bewing Co. (where McDonald is a partner) plan to add crowler machines to their taprooms soon. Blodger, Garis and McDonald predicted the crowler trend will grow more popular over time.

At small-batch breweries like Union, crowlers (which cost $6-$8) especially make a lot of sense, said Blodger. It’s an easy way for customers to take home limited-run brews, whether it’s collaborations or experimental beers, from the brewery.

“It’s a great way to come and get beers, especially for us since we do a lot of draft-only stuff,” he said. “It’s a cool way to be able to get that beer home and share with friends or family.”

PREVIOUS ARTICLE
Article 60 of 95
NEXT ARTICLE