Judge rules that he violated the O.C. tournament’s rules, must forgo $2.8M prize 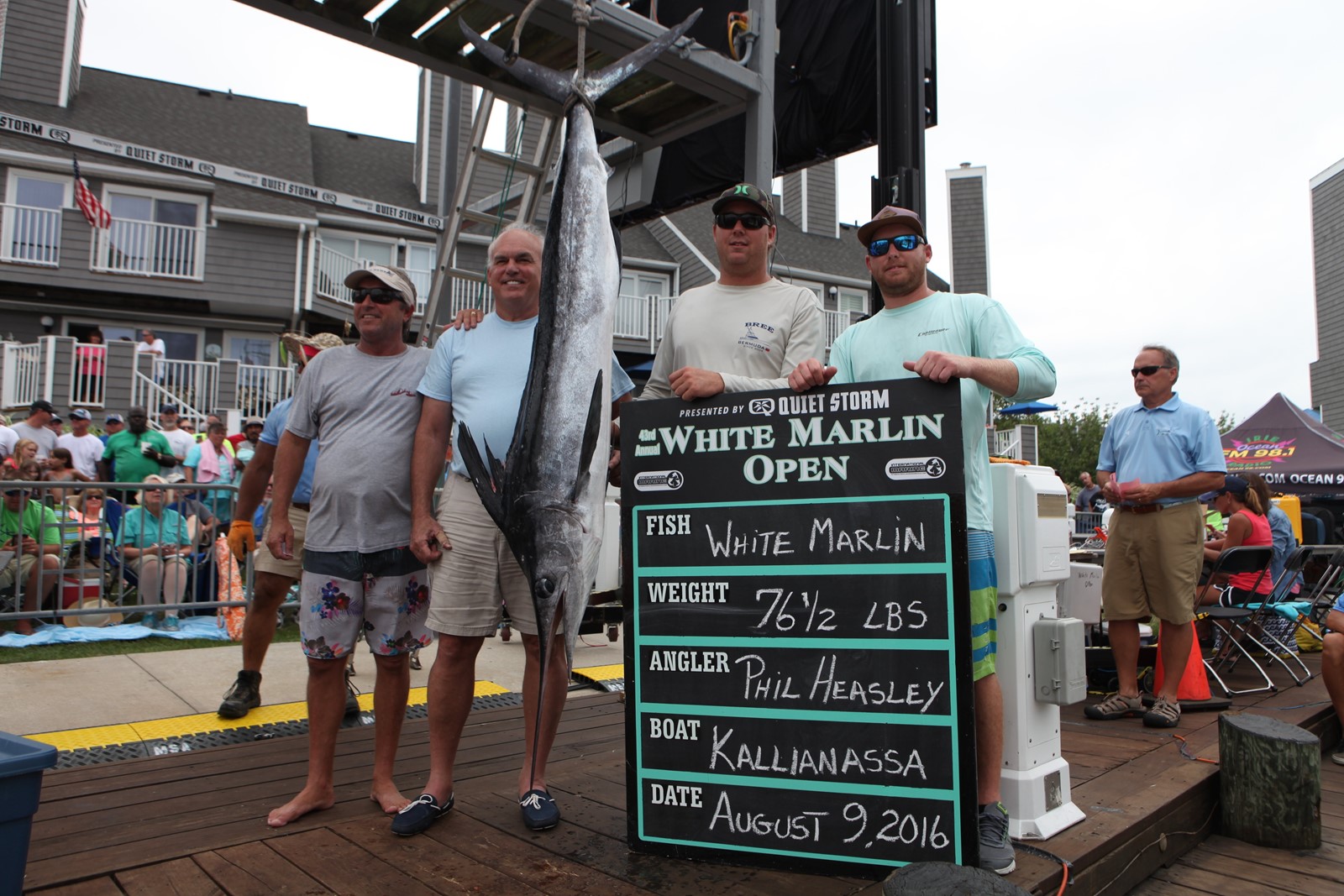 Phillip G. Heasley, second from the left, poses with the crew of the Kallianassa. Heasley failed two polygraph tests, according to the court filings. (Hooked on O.C. )
PREVIOUS IMAGE

A federal judge in Baltimore has ruled that a Florida man will not receive more than $2.8 million in prize money because he violated the rules of the White Marlin Open fishing tournament in Ocean City.

The organizers of the White Marlin Open, which calls itself the “world's largest billfish tournament” and draws more than 300 boats and 2,000 participants, went to court last fall, asking a judge to determine the event’s top winner.

In his order issued Wednesday, Bennett ruled that “Heasley failed to satisfy the Tournament Rules’ polygraph requirement and, therefore, failed to perform under that contract,” and was not entitled to the prize money.

The judge also found that Heasley and the crew of the Kallianassa violated the tournament rules when they dropped their fishing lines before 8:30 a.m. on Aug. 9, the day they caught the winning fish.

Tournament officials filed an “order of interpleader” in September to ask the court to decide the winner. The judge’s ruling means the first-prize winnings will be distributed among 13 competitors who won other categories during the tournament.

Richard Kosztyu of New Jersey is expected to receive an additional $2,312,152, Jim Conway of Glen Burnie will get $254,620, and Mark Hutchison of Talbot County will get $140,509, according to court documents.

Two other men would earn nearly $50,000 more, and eight other competitors would stand to gain just over $2,000 each.

“We are obviously disappointed by today’s ruling. We maintain that Mr. Heasley and his crew abided by all of the tournament rules and regulations,” said Harry-Jacques Pierre, a spokesman for Heasley, in a statement.

“We are discouraged that the court did not credit the evidence that we provided during the trial,” Pierre said. “We are reviewing the decision and are considering our options.”

Tournament officials praised the judge’s decisions in a statement posted to Facebook.

“Throughout the case, the intention of the White Marlin Open directors has been to protect the integrity of the tournament and to ensure that the rules are applied fairly for all participants,” the statement said.

Jim Motsko, president of the tournament, said the decision and an end to the case are a relief.

“I’m glad it’s over,” Motsko said, though he noted Heasley did have 30 days to appeal the judge’s decision.

The judge’s ruling helps ensure that the tournament continues, he said. Had the judge ruled in Heasley’s favor, Motsko said it would have raised doubts about the use of polygraph tests to ensure the integrity of future fishing competitions.

White Marlin and other competitions rely on polygraphs to make sure fishermen follow the rules while they’re out on the open water, especially when there are high prizes to be won.

The results of fishing tournaments don’t often end up in court, but it’s not unheard of. A dispute over a nearly $1 million prize in a North Carolina marlin tournament wound up in that state’s Supreme Court before the parties settled in 2013. A New York man pleaded guilty last year in Vermont on a felony charge of false pretenses after winning a 2015 tournament with a record walleye that was actually caught by a friend.

The Ocean City tournament turned to the courts once before, in 2007, to settle a dispute over who won. The case was similar, but the trial lasted only a day in Worcester County Circuit Court, where the tournament won. The latest case was moved to federal court because Heasley and several other fishermen were from outside of Maryland, he said.

Testimony lasted two weeks, during which Heasley, the president and CEO of ACI Worldwide, a payment systems company, testified that he did not lie on the polygraph tests.

“I’ve never been accused of breaking a rule of law,” Heasley said in court. He said he cared more about preserving his reputation than the money.

He said he recalled waking up on his boat on Aug. 9 when it was still dark, but he couldn’t remember the time, since, he said, he never wears a watch. He went through his morning routine and then began piloting the boat while the other crew members woke up. He described how the crew set up lines using a diagram on a screen.

When asked about the time that his crew set out the lines, he said, “I don’t wear a watch.”

Because there is no oversight on the open water, contest rules require competitors who win $50,000 or more to take a polygraph test.

When attorneys asked Heasley about the two polygraph tests that he did not pass, he said he recalled how he was concerned because of the ambiguity of the questions. For example, when asked who caught the fish, he said he struggled with an answer because he felt it was a team effort.

Heasley said when there were issues with the results of the first test, he readily volunteered to take a second. During the second test, he said, he also struggled to explain his answers and that the polygraph examiner was unwilling to listen. He described the process as an interrogation. Some of the questions, he said, should have been asked of other crew members because he didn’t know the answers.

“I was trying to be as honest as possible,” he said.

The judge’s ruling should ease any concerns about this year’s 44th White Marlin Open, scheduled for Aug. 7-11, Motsko said. Organizers have heard from many participants worried about whether the tournament was going to continue.

“We are definitely having it,” and organizers expect more boats after increasing the size of the small boat division, he said. “We’ve had very good response, as long as the weather holds.”