‘In the Heights’ of entertainment 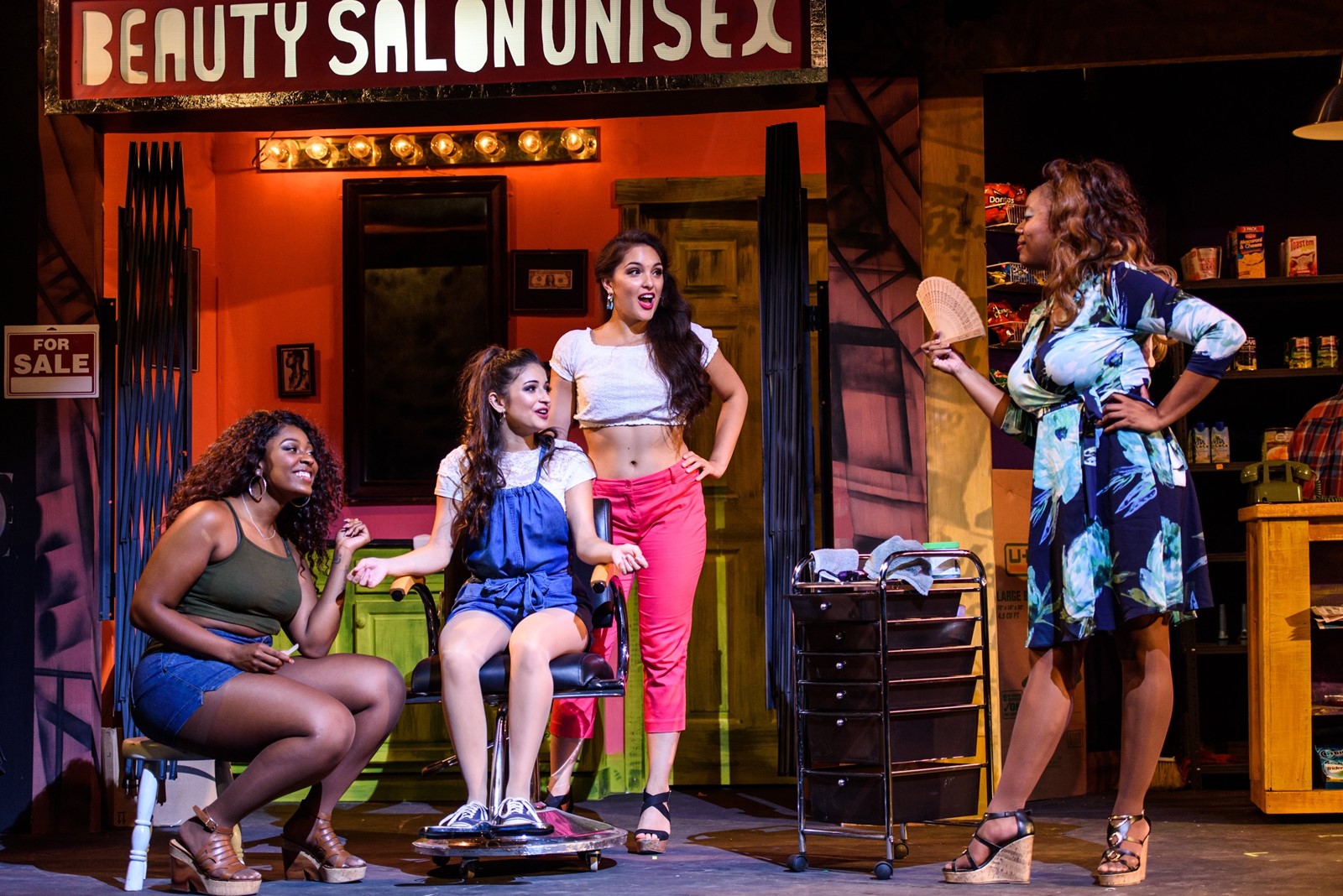 Annapolis Summer Garden Theatre is capping its 51st season with an engaging production of “In the Heights,” the 2008 Tony-winning musical written by Lin-Manuel Miranda, creator of the current smash “Hamilton.”

Directed here by Darnell Patrick Morris, this musical about family, love and community is a jubilant celebration of urban life in a largely Dominican-American neighborhood of New York City’s Washington Heights.

Morris maintains dynamic action as scenes unfold among an extraordinary cast of 18 sprinkled with many Annapolis debuts.

This musical, set to an irresistible Latin beat, immediately draws us into a distinctive locale where neighbors relish life and accept one another’s priorities and livelihoods — from Rosario’s Car Service and bodega coffee shop to Jen’s Grocery and Daniela’s Hair Salon.

Bodega owner Usnavi de la Vega, played by Tim German, welcomes us to his world with a rap song at dawn. German captivates with his moves, never missing a beat through his performance. Usnavi maintains easy rapport with ensemble characters. He clearly adores his adoptive Abuela Claudia — abuela is Spanish for grandmother — who raised him after his parents died.

Beloved matriarch of the barrio — or neighborhood — Abuela Claudia, played by Cynthia Bolin, is the longest resident of this enclave, having been brought as a child by her mother in 1943. From youth, she worked as a maid to earn a meager living, retaining hope with the help of a daily lottery ticket.

Others in this fine cast include hard-working husband and wife Kevin and Camila, natives of Puerto Rico and owners of Rosario’s Car Service who are eagerly awaiting their daughter Nina’s return from her freshman year at Stanford.

A scholarship recipient, Nina is viewed as the community’s shining example of what can be achieved with intelligence and a studious nature. When she returns, however, Nina reveals that her scholarship was not enough to cover expenses — and that the pressure of school and working two jobs has caused her to drop out of Stanford.

Nikki Arbiter-Murphy creates a strong, loving wife and mother in her portrait of Camila, whose sharp humor enhances her humanity. Camila’s patience disappears as Arbiter-Murphy delivers the solo “Enough,” defining the border of her tolerance — beyond which neither husband nor daughter may stray.

In her strong ASGT debut, Julia Salatti is outstanding as Nina, delivering spectacular renditions of her four solo numbers.

Another key character is Benny, an employee at Rosario’s filled with big dreams, high energy and determination to learn to speak Spanish — motivated by his crush on Nina. Cory Jeweler, who reprises this role that he once played in high school, excels at delivering Benny’s solos: “Benny’s Dispatch” and “When You’re Home.” Jeweler is also fine in the acting department, fully credible in scenes with Nina.

Rounding out the cast is the Piragua Guy, who scrapes ice and flavors it to make a Latino snowball to compete with the Mr. Softee ice cream truck man. Annapolis is fortunate to have Tobias Young reprise a role he portrayed to universal acclaim in Toby Dinner Theatre’s 2013 regional premiere of this show. After this appearance, he can be seen in “The Wiz” at Ford’s Theatre.

A magnificent performance is turned in by Amanda Cimaglia, who as lead dancer shines in every move of easy grace. Though definitely not a debuting star, she is a fabulous dancer who has brightened many Annapolis Summer Garden productions, and is always a joy to watch.